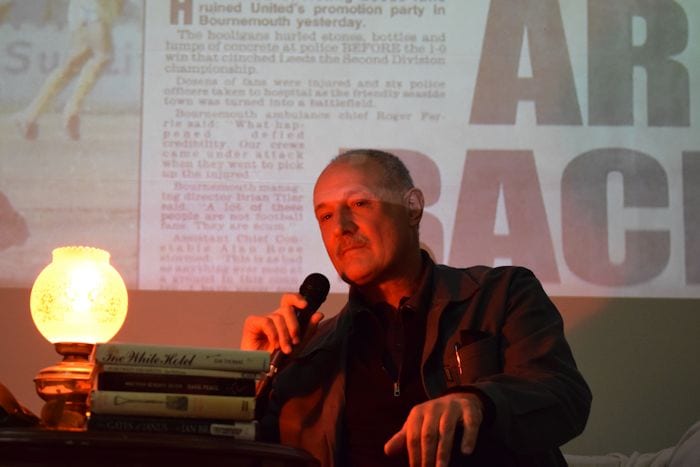 I’ve lived in Manchester my entire life but couldn’t have told you where The White Hotel is.  Until last Saturday.

It’s not a hotel. It calls itself a club but it’s actually closer to a shed. About twenty feet square, a whitewashed brick interior and a corrugated iron roof underpinned by tarps, all wrapped up in the middle of a Salford industrial estate.

It may be white inside but even Trivago wouldn’t dare book you in overnight. I spent a solid fifteen minutes wandering around nearby, searching for the venue while trying to decide if I was really there to meet a first-class Hollywood Scriptwriter.

Tony Grisoni is a name that you might not be familiar with, but he’s a man whose work you certainly know; Fear and Loathing in Las Vegas, Tideland and Netflix’s The Young Pope, to name but a few.

He has had a long and industrious career in screenwriting and helped launch some of Britain’s finest acting talent into the stratosphere, with the likes of Andrew Garfield and Maxine Peake featuring on his illustrious roster.

And for one day only, aided by event organiser Austin Collins, the people of Manchester were treated to an hour-long Q+A with the man himself, followed by a screening of some of his finest work.

The Red Riding Trilogy is a series of three films, adapted by Grisoni from the novels of David Peace. Based in Yorkshire, the narratives take place between 1974-1983 – roughly the same period as the Yorkshire Ripper killings.

Although the link between the stories and the man is undeniable, Grisoni’s films take a step back from the murders themselves, choosing instead to focus on the corruption and incompetence endemic to police and local politicians at the time, as well as highlighting the factors that allowed the Ripper to go on killing despite nine police interviews. 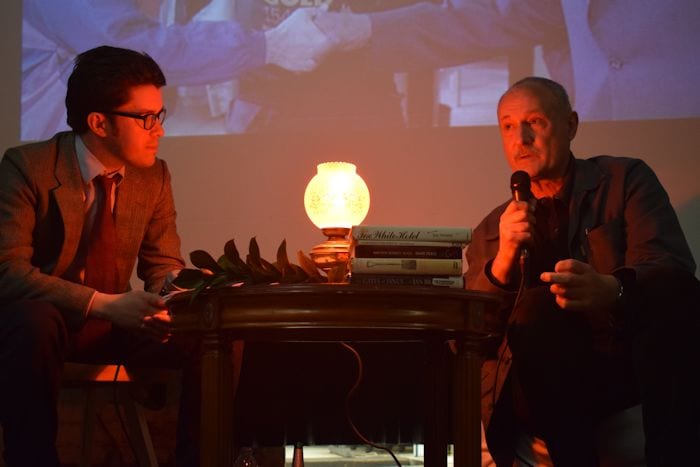 It was an excellent, intimate event, hosted by and for those Mancunians who have a burning passion for culture of all kinds. It was just a blu-ray player, a projector and the series creator, all there for the benefit of thirty or forty people with a nose for the finer things.

Throughout the Q+A, Grisoni offered his insight on the ever-changing nature of the craft, and how difficult it is to fulfil an artistic vision in an industry where profit and mass audience appeal is leading all artists by the nose.

For Grisoni, a man who adapted three novels for three different directors, the idea of a Starbucks-style approach to filmmaking seemed undeniably repulsive.

The films themselves are excellent, each one a genuine masterclass in screenwriting that tiptoes along the tightrope that separates the art film from the blockbuster.

Grisoni managed to create a series that is truly thrilling to watch and captures an edge-of-your-seat excitement that other screenwriters miss, while also building an entire era through subtle, nuanced storytelling. It’s also important to note that, although each film in the trilogy had a different director, Grisoni was the sole screenwriter which, in the current atmosphere of director-driven filmmaking, is a testament to his raw talent and vision.

It’s a fantastic, once in a lifetime kind of trilogy.  Watch it immediately.

But when you get right down to it, it isn’t just that these films are fantastic to experience. the Red Riding Trilogy also serves as a kind of cultural artefact, a record of a northern history that normally plays second fiddle to the capital.

It isn’t always pretty, and can in fact be almost transcendent in its brutality, but it’s so undeniably us that anyone reading this should feel more or less obligated to see them. Trust me, you will not be disappointed.