Is there anything Living Ventures doesn’t own in Spinningfields and how much bigger can this group get?

We were enticed to a ‘taster’ to try out the latest offering from the upmarket eatery group at Artisan in Spinningfields opposite the excellent Neighbourhood (that’s one that’s slipped through their net).

The invite promised much, 12,000 sq foot, a mix of loft and industrial design, a 20 ft bar with ‘innovative cocktails’, chefs working fires in front of you for flame-thrown fish and meat as well ‘unusual’ pizzas, DJs throughout the week…

With Manchester House another venture they’re set to open soon, again in Spinningfields, we would have walked through fire to get a sneak peak and this dear reader is it. 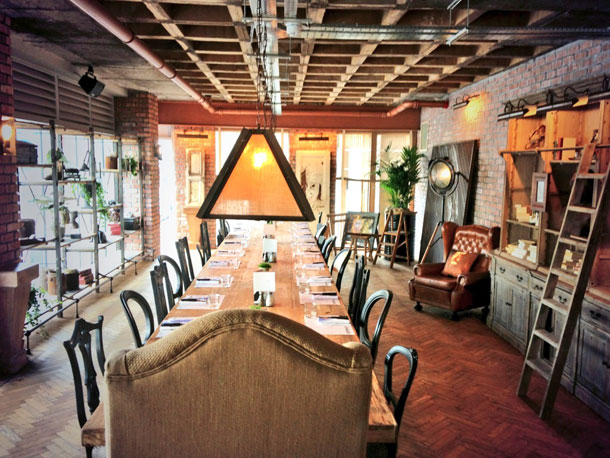 The first thing to say is that it is indeed a feast for the eyes with an interior designed by the lady behind Australasia – Michelle Derbyshire – and you can see her stamp throughout, with a gorgeous fusion of Oast House meets Australasia.

Artwork is dotted all around (some for sale) and it’s just the scale of the thing that’s so impressive, from its bar that’s basically old tables joined together, to kitsch herb gardens, exposed brick, sumptuous booths.

Just stunning, with the piece de resistance being the women’s lounge which they call “Bitchin Lounge” or the bit before the loos to you and me. 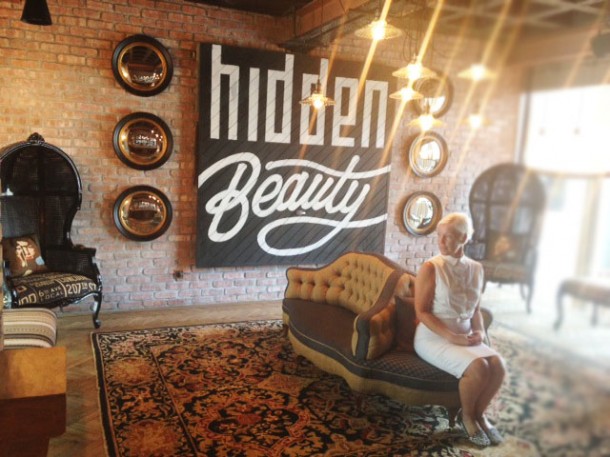 Indeed it was the scale that attracted LV’s grand fromage Tim Bacon who told us this was originally planned as a pizza place in the Great Northern but morphed into Artisan after he saw the venue.

“It just blew me away – the scale, the light, the view, everything,” said Tim.

There are some 275 covers and a fantastic private dining room where we held court with our fellow foodie media folk. That seats 22 with a huge table that would be ideal if your marriage has sunk to rock bottom and you never want to speak to your spouse again. 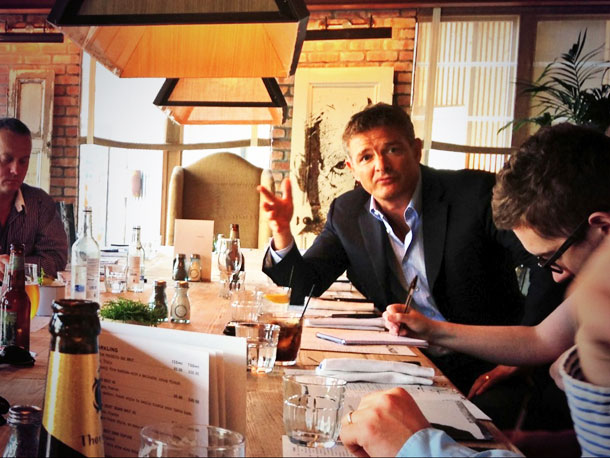 Quizzed by the assembled throng on how big the LV Spinningfields’ empire can get and be sustainable Tim said: “We have many eclectic venues and they all work together, it’s very symbiotic.”

He added: “We’re financially strong enough to do things we want to do. Australasia is a prime example of that and so is this.”

Indeed Artisan has the all the hallmarks of imagination and creativity to run riot, but in a good way. 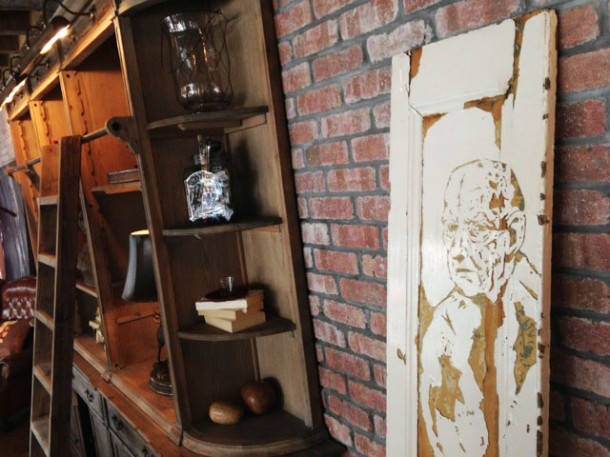 He also gave some insight into Manchester House which will be opening in September above Artisan. It will have a first floor ‘fine dining’ restaurant going like Andy Murray at Wimbledon for a Michelin star with just 76 covers, 26 or more chefs and what they reckon will be the most expensive kitchen in the city (which you will walk through to get to your table).

It’ll have a separate entrance to Artisan and is apparently nothing like the French (“Though that’s good” said Tim) and will have a second floor lounge/terrace that ‘will pay for it’ he quipped.

But back to Artisan as the proof is definitely in the pudding:

Most things on the menu come from the fires that you can see in the open kitchen and we kick-starter the marathon taster with flat breads (the truffle oil one is heaven), artichokes leaves that looked so pretty, like a mini-green lily and tasted divine when dipped in the vinaigrette, pork crackling with apple (porcine paradise for those that like crackling) and hummus.

A selection of starters followed with my favourite being baked camembert which I just wanted to dive into but had to share. I also adored the salmon ceviche, which is so fresh it’s served raw. 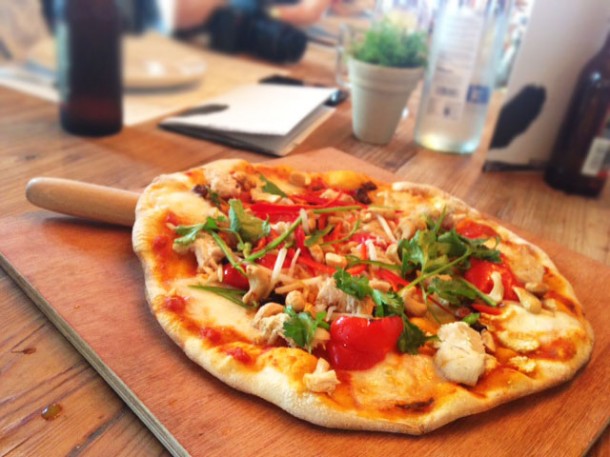 Mussels in a mild curry sauce covered in pizza dough crust, were plump, juicy pillows and probably the best I’ve had with the dough great to dip into the oozing, green sauce but the sardines nailed to the wood, were too bony and not fleshy enough (this could be due to the fact we were sharing with 12 others and not being Jesus-like enough to do the whole fishes and loaves thing).

The pizzas that followed were frankly a little baffling. Other than the margherita, none of these are the traditional Italian jobs.

I tried the Thai red curry pizza (nice but not really like Thai red curry, though I liked the crunchy beansprouts) and the Lamb Doner Kebab one – yes seriously – which had a spicy tang to the meat but other than that no real connection to the post club favourite. Perhaps this is one creative idea too much but time will tell and as a gimmick factor, you have to try the kebab one at least once.

Onto proper mains and here all element of the fire/peasantry and indeed ‘art’ made their presence known.

Salmon served from a can (they put it in the can in-house and then decant at the table) was a fantastic fish dish, beef rib simply gorgeous with fat and juices trickling in a glorious cascade down the back of your throat, hay baked chicken was just ’wow’ and tasted like the country.

Whole mackerel baked on pine (even though it looked like it had been crying as one of its eyes had popped) was perfection and the pork with baked apple, a revelation. 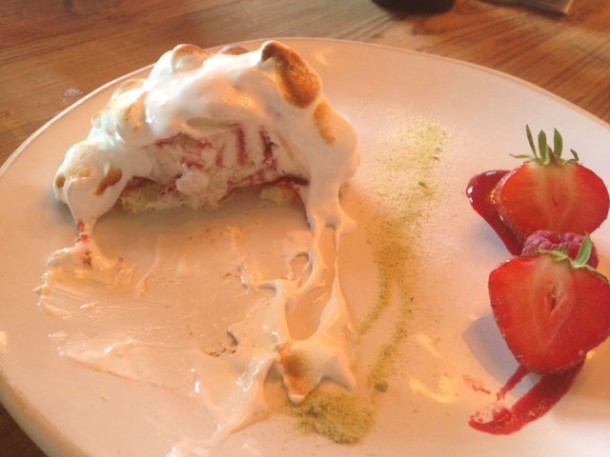 Onto puds and these have a retro feel as we dipped into Baked Alaska, a favourite of mine and this didn’t disappoint, a simply gorgeous champagne jelly that’s not normally my bag but totally hit the spot and Artic Roll, which reminded me of my mum and Leeds.

The prices are very reasonable with starters/little plates from under £3, pizzas from £9 and other mains from £8.95. Booze is also well priced, with cocktails from a bargain £5.95, bottles of house wine from £15.95 and of course our Prosecco from £26.95.

We will be back to do a proper review, but if this taster is anything to go by, this is another Living Ventures’ winner and one to venture down to soon.

Visit www.artisan.uk.com for opening times and to book etc.