Streets in the sky, heliports and moving pavements – Manchester as it might have been 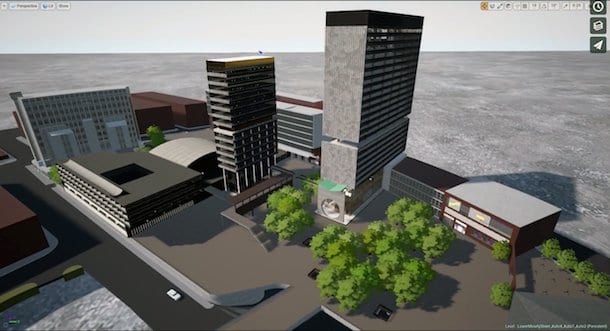 During the 1960s, Manchester was booming. Vast swathes of the city centre were scheduled for redevelopment for entertainment, shopping, education, office complexes and transport. A vision of Manchester was drawn up by property developers and town hall planners. But as with many masterplans, only parts of what was designed were actually built.

Now  you can see for the first time what Manchester might have looked at if the masterplans that existed in architects’ drawings and consultants’ reports had been realized at a new exhibition at the Manchester Technology Centre on Oxford Road.

“The scale of development was overwhelming, almost the entire city centre was replanned”, says Richard Brook, a lecturer at Manchester School of Architecture and curator of the exhibition. 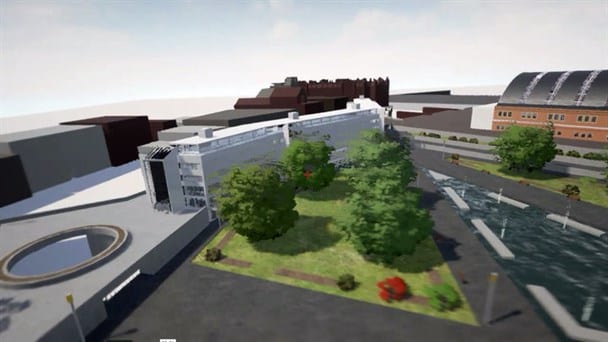 “It was widely believed that the helicopter would make a big change to commuting in the 1960s”, according to University of Manchester geographer Dr Martin Dodge, “but they proved to be too expensive and too noisy to fly passengers into rooftop helipads.”

Five teams of Masters students from the Manchester School of Architecture have used detailed maps, plans, sketches and archival sources to design and build 3D models of parts of the city that can be navigated using game controllers.

Visitors to the exhibition will be able to walk, run and jump around these recreated visions and imagine the city as it never became.

“Game environments are becoming more versatile and this project preempts the forthcoming explosion of virtual reality and its wider application in all sorts of areas,” says University of Manchester computer scientist Kevin Tan. “Architecture is just one of the subject areas that we are working in.”

There will be a free walking tour on Saturday, June 11, and a public lecture on Wednesday, June 22.

The exhibition is presented by Manchester School of Architecture, in collaboration with MMU SCMDT, University of Manchester SEED and The Modernist Society.