Still dreaming of running your own restaurant? You must read this… 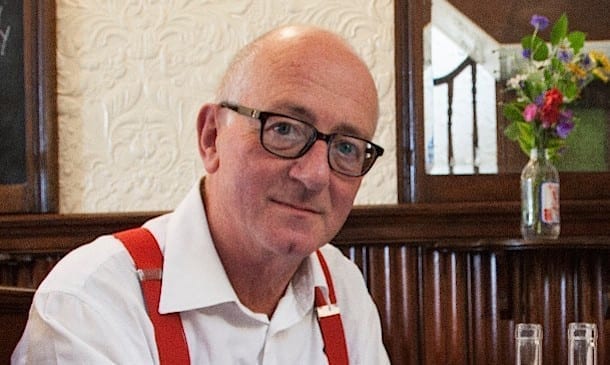 Mancunian Nick Lander, author of industry bible ‘The Art of the Restaurateur’, returns home to discuss his universal hospitality rules and the booming Northern food and drink scene.

Nick Lander, the ex-restaurateur and author of industry bible ‘The Art of the Restaurateur”, will return to his home city of Manchester on Tuesday March the 17th as headline speaker of the NRB Debate 2015. This compelling Q&A, chaired by the event’s CEO, Thom Hetherington, will be a unique opportunity for passionate hospitality professionals to hear Nick discuss his thoughts on the universal rules of running restaurants, distilled from conversations with the world’s most prestigious operators.

Nick was born in Hale and attended Manchester Grammar before becoming a restaurateur with L’Escargot in London and subsequently the Financial Times restaurant critic for over 25 years. In writing his globally respected book he met restaurateurs including Danny Meyer in New York and Neil Perry in Sydney. Nick regularly returns to Manchester and is not surprised to hear that the local food scene is expanding faster than London’s. He says “The region’s food and drink scene is clearly blossoming so it will be fascinating to discuss the Art of the Restaurateur and its application in the North.”

According to Hetherington, Nick’s presence is hugely significant for Manchester and the North, and the timing couldn’t be better. “The art of the restaurateur is a difficult thing to master, but with the latest industry figures showing that the restaurant scene in many Northern cities in expanding faster than London’s I think the lessons and philosophies contained within Nick’s book will help reaffirm some important principles to the region’s leading operators.

The NRB Debate takes place in Manchester on Tuesday 17 March at Northern Restaurant & Bar, the largest hospitality trade exhibition outside London. Limited tickets for the NRB Debate are still available and can be purchased from onsite priced at £60 inc VAT. This also covers a hearty buffet lunch courtesy of the award-winning Beer & Pudding, wine from Boutinot, and crisps from Ten Acres. Copies of the Art of The Restaurateur can be purchased with NRB Debate tickets for £14.95, a special 40% discount on the RRP, and Nick will be happy to sign them on site.

The NRB Debate will also feature Will Beckett, founder of Hawksmoor which is widely regarded as the best steak restaurant in the country and have recently opened their latest (and favourite, naturally) site – Hawksmoor Manchester. Completing the line up is industry legend Craig Bancroft, co-MD of Michelin starred Northcote and Ribble Valley Inns. This line-up should offer a fascinating perspectives of the Northern hospitality scene from a regional, national and international level.

The NRB Debate forms part of Northern Hospitality Week, five days of world class industry debates and special one-off business events. In addition to the NRB Debate and the NRB exhibition this includes the NRB Top 50 as well as industry charity dinners such as Action Against Hunger’s Too Many Critics Manchester, a host of industry association meetings and visitor discounts and special offers in bars and restaurants.