Not any normal bowling alley... 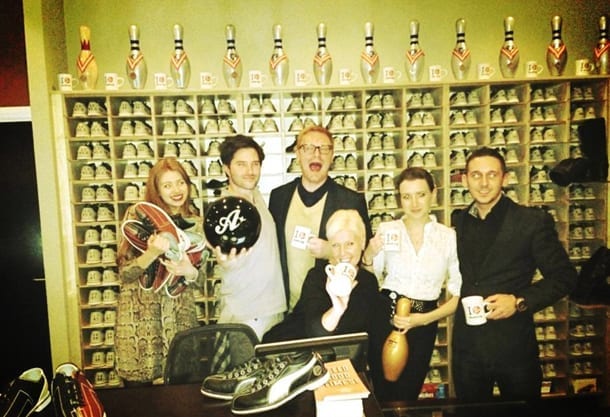 The first thing to say about All Star Lanes is that the menu will surprise you (I have resisted the obvious bowl you over pun).

“…not what you expect of a bowling alley and indeed this is not any normal bowling alley… proper grown up fun.”

It is not what you expect of a bowling alley and indeed this is not any normal bowling alley, the ones I used to endure when the teenager was a pup.

It’s gorgeous to look at with a fifties diner vibe and the private room with leopard skin carpet, bar and two lanes to yourself, is just ideal for proper grown up fun. It has capacity for 80 and is a serious contender for my next B’day bash. 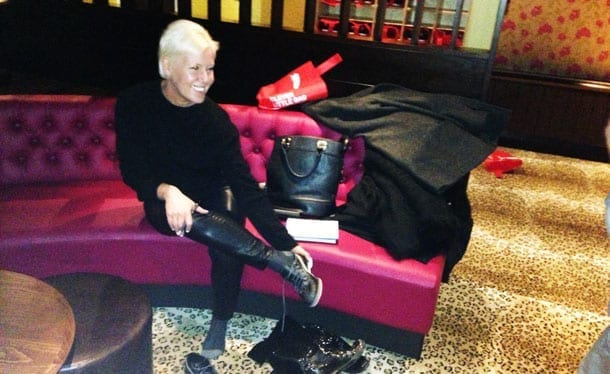 The menu is seriously grown up as well. Yes there’s hamburger but more importantly you can tuck into Chateaubriand, lobster (sourced in the UK), in fact the whole works of a really good grill menu.

Ginger, Dubai, Mikey and I were given a fabulously comfy booth and had already bumped into a couple of mates who were raving about their ribs.

To start (starters from £4) we ordered a mix of plates which were all truly delicious. My favourite was the popcorn squid which were perfectly coated bursts of flavour and the best squid I’ve had for a long time. 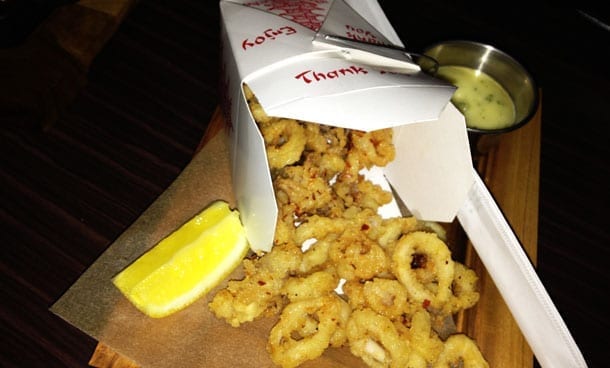 The boys were tucking into pure comfort food which I dipped in out of, chewing up sumptuous mac and cheese croquettes, tangy and perfectly cooked BBQ chicken and potted shrimps – bringing a Lancashire element to this otherwise stateside cuisine.

You could actually make a meal of these starters but we were all ravenous and the menu was just too tempting to be good and resist.

I opted for the truffled mac and cheese (mains are from £11). Just a forkful of the ultimate most orgasmic mac cheese I have ever had. The musky truffle oil transformed what can be a humble supper dish into one of the greats and I will be back to have this with a side of bowling before long. 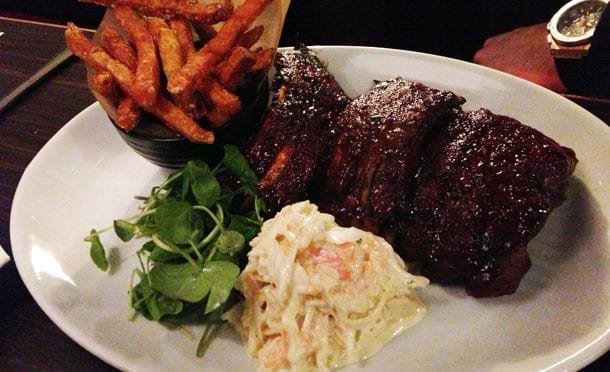 Mikey’s sirloin was enormous and had a lovely chargrilled flavour that would put other steakhouses in the city to shame, while Dubai was waxing lyrical over his full rack of BBQ baby back ribs, a mouth-watering full American flavour to savour.

Ginger had the southern fried chicken with a side of slaw that the Gay (who is still nil by mouth until Wednesday) sniffed over to get some semblance of dining. This too was a hit.

It’s worth going to All Stars for the food alone, excellent great service, get-out-of your chair music and generally a good time to be had by all. Victoria (pictured) is a testament to the staff here – enthused and good fun.

But it offers so much more to make a real night of it. We had started out with our own private bowling masterclass from Alex, who actually took over our own redhead Rocky’s mantle as the Big Ginger. 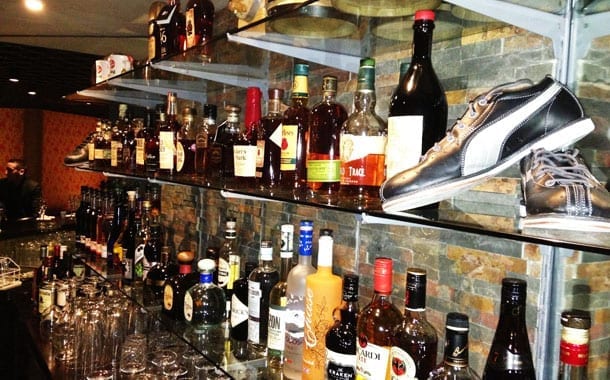 As we played out our all time favourite bowling movies in privacy (mine the Big Lebowski the boy’s Kingpin – tells you something really), Alex gave us helpful tips such as: Just nudge it to the left Chadders. Hello, I’m just grateful if doesn’t go into the gutter.

By this time, the vino and cocktails were kicking in, which is why I probably came last (sorry girls) and Ginger had taken to just hurling balls within an approximation of the alley. A good job we had the private bit.

Then it was onto to Bourbon tasting which they are going to start to offer as special packages from £25. This is where the Gay joined us, having the ability to sniff out free spirits from a five mile radius.

All Stars has over a 100 whiskeys and bourbons, the most expensive being £100 a shot. Alex was a great teacher, getting us to sniff everything from maple syrup to raw ginger, which really does tune your nose to those nuances in the bourbon. 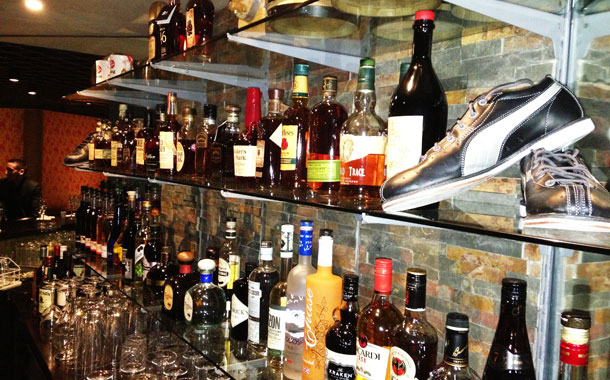 It was great fun, and for me, who doesn’t know who Rye from her corn, a real education. As was my first ever bourbon hangover the next day.

We then ate and then had another round of bowls but this time in the main bit. Still as classy but perhaps a little dangerous for the peeps around us.

All Star Lanes is open 7 days a week…

…and is now open for bookings (which is advisable)