New to Corn Exchange Manchester, A Nice Sip – the bubble tea cafe from Hong Kong – has taken inspiration from the hit Netflix survival drama, Squid Game, for its latest offering.

This month, all customers who purchase two regular drinks at A Nice Sip will be offered a dalgona candy with either a triangle, circle, star, or umbrella to cut out.

The honeycomb toffee has a light, rigid, sponge-like texture – and fans of the show will recognise the sweet treat from the series, where the contestants are tasked with cutting out different shapes from the biscuit in a nail-biting time limit.

You can choose from either a regular fruit tea, hot chocolate, coffee, or more traditional Oolong tea to grab the free snack challenge.

There is a limited quantity of the dalgona candy each day for the rest of October, with the biscuits given out on a first-come-first-served basis.

So, head on down to the new cafe and enjoy a traditional drink whilst taking part in the nail-biting challenge.

And that’s not the only place you can try Squid Game themed food in Manchester this month.

Suburban Eats, a street food company launched in 2018 by a husband and wife team, has recently launched the takeaway arm of their business, which delivers in Manchester M12 and surrounding areas. 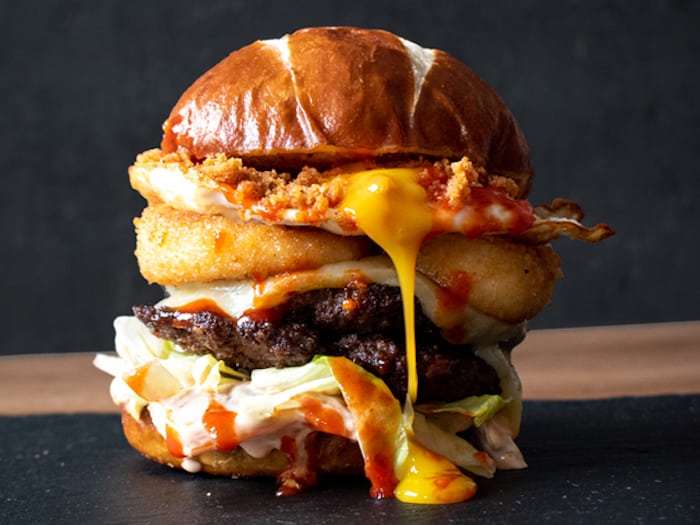 As well as offering sub rolls from Chorlton stalwart Barbakan and special ‘sizzle mix’ loaded fries, they hand-press their burgers in house every day using the finest British beef – a mix of steak and brisket.

Now, Rebecca and Rob, who has been working as a chef in the industry for the last 15 years, notably under Aiden Byrne at the Church Green and also Manchester House, have launched a new special for October – and it takes inspiration from the hit Netflix show.

The first of their monthly specials, which just launched this week, is the Squid Game Burger. 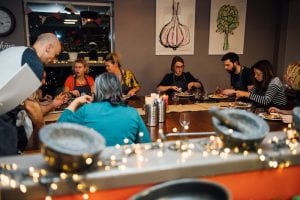 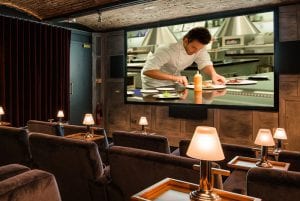 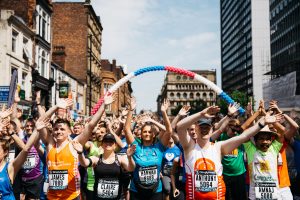