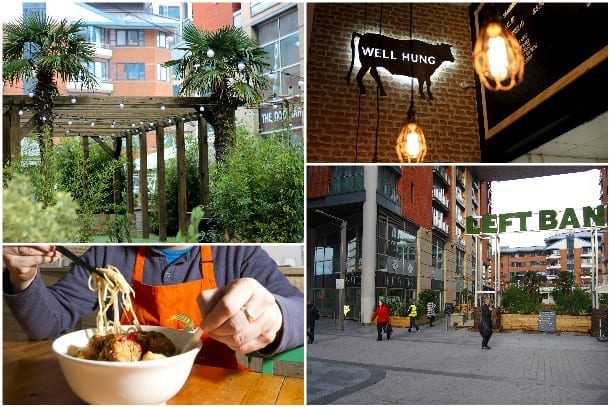 Allied London is launching the next phase of Spinningfields’ Leftbank area adding four new traders to its casual dining destination, The Kitchens, and a cinema screen at new urban green space, The Garden.

With newly planted palm trees fresh for spring, The Garden gives the Leftbank community a space to meet, eat and relax in their own urban oasis. Designed to give city dwellers more green space and to accompany the ever popular Lawns, The Garden will boast a 75-inch screen and Wii consoles, which will be available to use throughout the day.

Monthly film nights will be accompanied by chef’s table supper clubs at The Kitchens and themed screenings for sporting events, such as the Olympics, the Golf Masters and Wimbledon.

Serving steamed buns, wantons and dumplings, Dim Sum Su’s recipes are passed down from owner Sue Lee’s family in Hong Kong and given a modern twist to create her ‘cheeky Cantonese street food’. 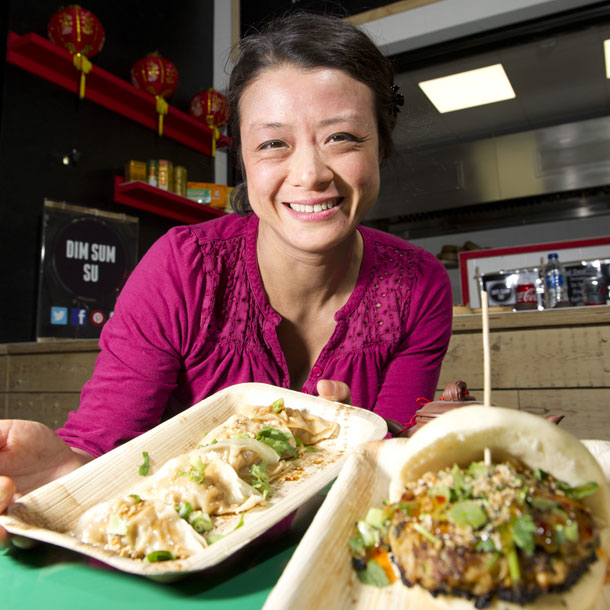 Purveyors of sweet indulgence, Northern Quarter-based Teacup Kitchen is due to join Leftbank later this month with their new concept Teacup Cakery. They will be serving artisan coffee and loose-leaf teas, providing the sweeter side of Leftbank with their highly acclaimed cakes and patisserie.

The Kitchens has been heavily invested into by Allied London as part of its mission to encourage independent and local food and drink to Spinningfields. The Garden and The Kitchens will continue to evolve to ensure Leftbank remains one of Manchester’s most innovative public realm developments.

“The Kitchens is a terrific stepping stone for smaller operators to develop their offering and adapt to a longer term surrounding,” said Spinningfields commercial projects manager, Rochelle Silverstein. “Having multiple traders in one space has produced a real melting pot for everyone to share knowledge and grow, whilst creating a really vibrant and experimental atmosphere.”

Leftbank’s first big event for 2016 will be Manchester’s 7th annual Duck Race on 25th March, with thousands of people flocking to Spinningfields to raise money for charity Brainwave. The Kitchens’ vendors will be trading outside on Leftbank through the day creating a street party vibe, with family films being shown at noon and 3pm.