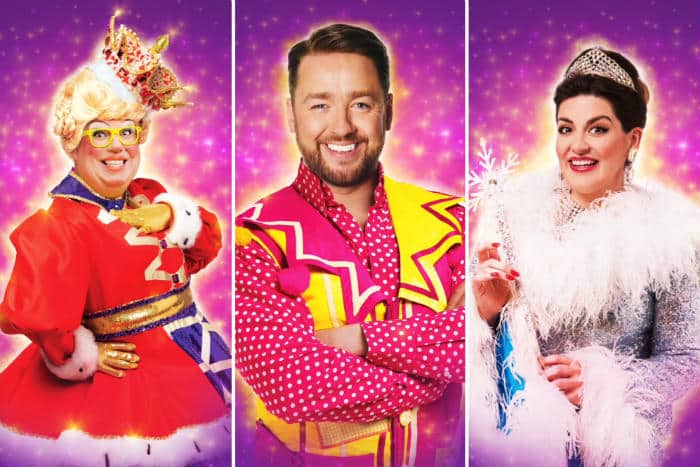 Following the announcement earlier this month that Manchester is in Tier 3, Manchester Opera House and Qdos Entertainment have announced that the opening of their production of Sleeping Beauty will be delayed.

The festive show will now begin on Thursday 24th December 2020 and run until Sunday 10th January 2021.

Theatre-goers will be pleased to know that there are no changes to the originally announced cast.

The show will star Salford-born comedian Jason Manford as Muddles, alongside Blackpool’s own Jodie Prenger as The Enchantress,  Billy Pearce as King Billy, Eric Potts as The Queen, Jenny Gaynor as Carabosse, Louis Gaunt as The Prince and Sarah Goggin as Princess Beauty.

The Ambassador Theatre Group recognises the NHS for their hard work through this difficult year, and will now be offering them free tickets to the performance on Friday 8th January at 7pm.

All original ballot entries remain valid, and winners will be contacted this week.

The relaxed performance of Sleeping Beauty which has been specially adapted to allow those with autism, sensory and communication disorders, learning difficulties or anyone who would benefit from a more informal setting to enjoy the performance, comfortably, will now take place on Wednesday 6th January at 1pm.

Theatre bosses say the safety of both guests and cast are of the highest priority for this panto season by keeping in line with the current government guidelines, adapting to any changes the government may make.

The production is able to go ahead thanks to the support of The National Lottery, giving thousands of theatregoers in Manchester and across the country the chance to enjoy socially distanced pantomimes this Christmas.

This initiative between The National Lottery and Qdos Entertainment is providing financial support for theatres to stage socially distanced live pantomimes making it viable for venues to open their doors to the general public, generating vital income for the theatre and helping to restore jobs whilst also providing much needed cheer.

“Given the downward trend of the virus in the city, and the community’s campaign for the reduction of the Tier level at the next review, we continue to be hopeful that we can stage the show this Christmas, opening a little later than planned on 24th December,” said Sheena Wrigley, theatre director of Manchester Palace & Opera House.

“We thank all of our customers for their patience at this time as we work to get affected bookings rescheduled, and are also grateful The National Lottery for their continued support to enable the rescheduled performances to go ahead.”