Seven events to soak up in Manchester this summer

Summer’s here, just in case you hadn’t noticed. Whether you’re soaking up the sun or dodging the rain, there’s always lots to do in Manchester, and with the longer days well and truly here, there’s no reason not to get out and make the most of it 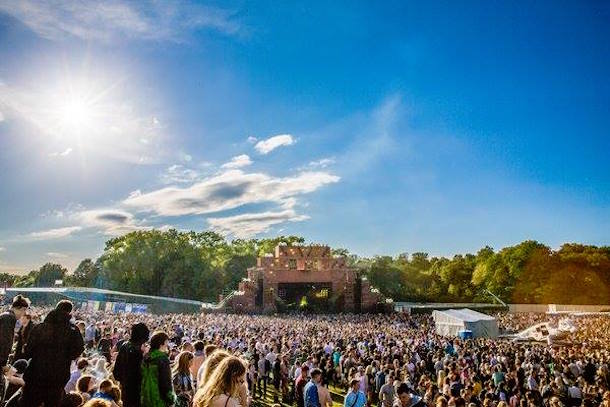 When it comes to Euro 2016, you’re either in or out. If you’re in, there are plenty of great places to watch the games. Will England make a quick Brexit? Possibly. Will they get knocked out on penalties by Germany? Probably.

Nothing goes better with football than beer, and by a stroke a luck the first week of the Euros coincides with Manchester Beer Week, our first city wide beer festival.

If you’re not into football or you need something to do between matches, there’s lots of other stuff to do during Euro 2016. Just find something that tickles your fancy. Try these for size.

Ten days of music, film, debate, a digital game, talks, theatre and performance, tours, exhibitions and more, this festival celebrates the familiar and reveals new and hidden histories across Greater Manchester. With more than 180 events and activities to choose from, many of them free, there’s bound to be something for you whether you’re a history fan or not. On Saturday 11th June there’s a day long celebration featuring nearly 100 heritage and history organisations, not to mention talks by Maxine Peake and Michael Wood, at Manchester Town Hall and Central Library,

as the Euros. This celebration isn’t tied to a single venue, so expect to nd a huge variety of different events at pubs, bars, and restaurants across the city. No excuse needed to take part in this celebration.

On Sunday 19 June, Manchester city centre will be t to burst with this annual celebration
of everything that makes Manchester such a special place to live. Apart from the weather. Last year, over 2,500 people joined the parade through the city in front of 70,000 spectators. Expect this year’s event to be even bigger – weather permitting.

Lots of big name acts are coming to Manchester over the summer with none bigger than the Stone Roses, who are playing the Etihad from 15-19 June. It’s sold

out, of course. Rihanna and Beyonce are due to perform at the Emirates Old Trafford on June 29 and July 5 respectively.

The annual weekend extravaganza of music and mayhem at Heaton Park is back on the 11 and 12 June featuring The Chemical Brothers, Jamie XX and many, many more. If you haven’t got tickets you’re out of luck because it’s of cially sold out, but tickets are still available for Parklife afterparties at venues across the city.

Sounds Of The City

The Castlefield Bowl comes alive from the 1-7 July with home grown talent on a grand scale including performances from Elbow frontman Guy Garvey,
the Haçienda Classical and Stereophonics.

Mancunians will doing some weird and wonderful things from Friday 10 June to Friday 17 June 2016. No change there then, you may say, but on this occasion it’s for a good cause – raising funds for Forever Manchester, the charity which funds and supports community activity across Greater Manchester. Lots of food and drink offers, products and events have been created specifically to raise money for Forever Manchester, so if the thought of a Stone Roses cocktail, Curry Mile pizza, or Mancunian ravioli tickles your fancy, find out more at www.forevermanchesterweek.com