Review: Titanic The Musical at The Lowry

Everyone knows the story of the Titanic. It’s the basis of one of the most successful films of all time, as well as the 1958 film A Night to Remember.

In James Cameron’s epic blockbuster, a fictional love story enables the audience to view the fateful journey through the eyes of protagonists Kate Winslet and Leonardo DiCaprio. In this beautifully drawn musical at The Lowry, the focus is on the injustice of the class system, which is evident from the moment the passengers board this ‘unsinkable’ ship.

Their dreams and aspirations are clear from the start. Maury Yeston’s marvellous music and lyrics sweep us along as we hear the passengers’ individual stories, from the Irish passengers in third class embarking on an American dream through to Alice Beane (Claire Machin) in second class who wants to mix with the upper classes and will do anything to step into their shoes.

All the while, warnings about an imminent iceberg are being ignored or dismissed. 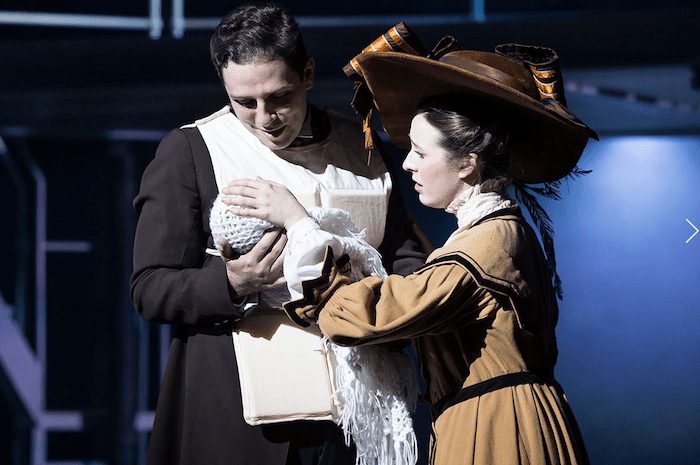 The film focused heavily on the fictional Jack and Rose, with those in first class marked as the villains of the piece. The representation is more nuanced in this five-time Tony award-winning musical, with characters singing about the long-lasting legacies of their businesses and family lines. While they may take their lives for granted, they are far from the annoying posh people in James Cameron’s film.

David Woodhead’s costumes highlight the struggle between different classes incredibly well, while the levels he has created in his set design mean that we see people in third class on the same floor as the rats.

If you are expecting to see a huge ship and pyrotechnics galore, you may be disappointed. This musical is about the characters and their plight, and you do not need much in the way of smoke and mirrors thanks to Howard Hudson’s incredible lighting and Andrew Johnson’s subtle sound design. The actors are convincing, and the songs are evocative and moving mini stories in their own right. 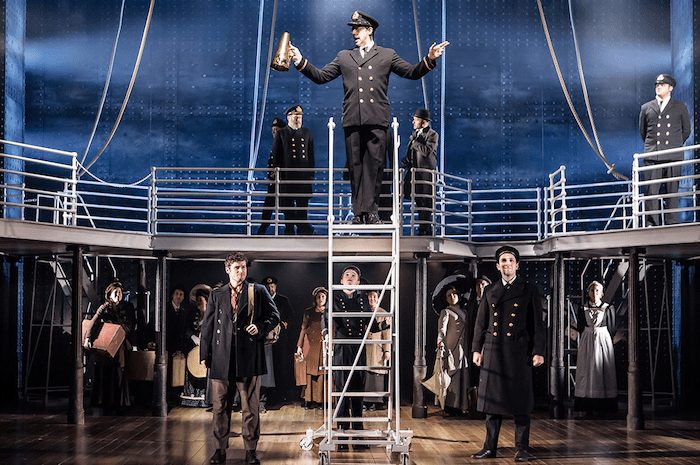 More than 1500 men, women and children lost their lives. A musical version of this tragic event could easily come across as deeply earnest and almost distasteful, with characters singing about their impending doom.

But Peter Stone’s text has humour and moving moments in equal measure, and you really feel as if you know these characters. The overly confident captain (Philip Rham) who dismisses the people in third class does not change in a cliched way, but as the fate of the ship is left in no doubt, the fear on his face is quite chilling. 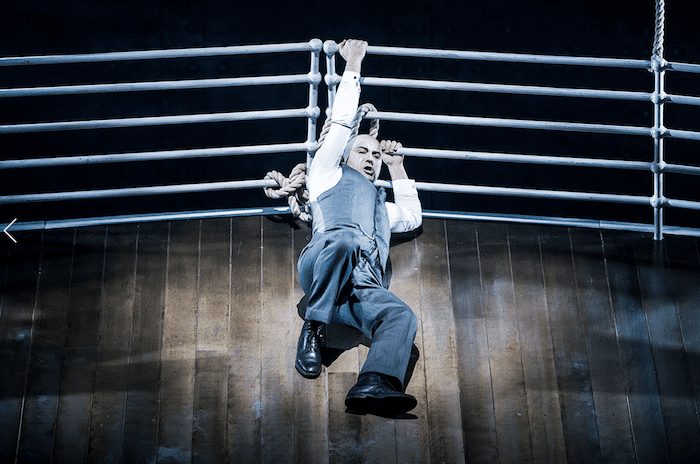 Niall Sheehy has great stage presence in a dual role as Frederick Barrett and a coal worker, and his vocals are spot on. The show is almost operatic in style, and this will not suit everyone. A couple of people sat near me commented that the show was a tad too slow. In comparison to a bingeworthy box set on Netflix, that’s true.

This is a musical that needs to build slowly to have an effect. You have to know these characters in order to feel something when the word “iceberg!” is uttered.

Filled with moments to savour and moving melodies, Thom Southerland’s production of Titanic The Musical treats the audience with respect and allows them to use their imagination. And with many theatres filled with jukebox musicals, some of which tick all the boxes but don’t need you to use your brain, the standing ovation following this show speaks for itself.

Titanic The Musical is at the Lowry until 12 May.