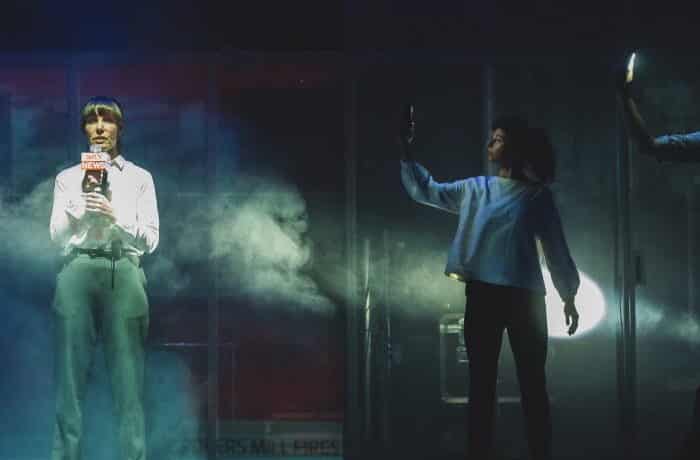 The story goes that in 1938, during Orson Welles’ radio adaptation of HG Wells’ seminal sci-fi masterpiece The War of the Worlds, panic filled the streets of the New Jersey town of Grover’s Mill.

Listeners, some turning the dial over mid-performance, were convinced – having missed the context of it being a work of fiction laid out in the introduction – that marauding Martians were terrorising the United States. This was further exacerbated by the performance being presented in the style of a news bulletin, with reporters seemingly on the scene as the metallic monstrosities of Wells’ imaginings laid low the US military and wrought destruction across the heartland of America.

Or did that happen? Others of the time suggest that the reports of mass hysteria were greatly exaggerated, pointing the finger at the print news media, who, threatened by the arrival of the relatively new medium of radio, sought to discredit the production and its delivery method by concocting a false narrative around the events.

Sound familiar? Fast-forward almost a century – in the age of Trump, Brexit, and the middle of an info-demic – the truth and facts have never been so obscure.

It was this tantalising analogue between the events of that fateful night back in 1938, and those of today, that compelled The Rhum and Clay Company to put a different spin on the classic story that, whilst light on Martian death-rays, is heavy with its messaging, warning of the dangers of fake news, and the responsibility of the media when utilising powerful media platforms to spread their message.

The play, directed by Hamish MacDougall and Julian Spooner and with a script by Isley Lynn, begins around 1938. The four actors, Mona Goodwin, Amalia Vitale, Mathew Wells, and Julian Spooner, all take on a myriad of roles, fluidly switching between the residents of Grover’s Mill; the actors behind the radio dramatisation; and interestingly, to that of Orson Welles himself, with all four actors donning Welles’ iconic pipe, breaking the fourth wall, and addressing the audience directly at regular intervals. 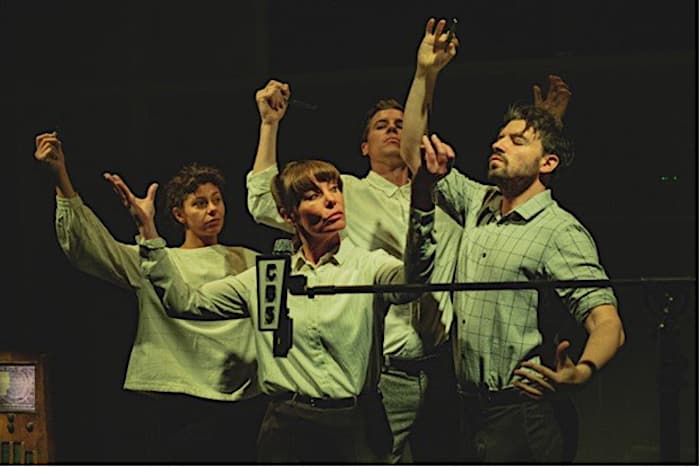 So far, so familiar, but then the perspective of the play suddenly shifts to the modern-day. We are introduced to a podcaster and aspiring journalist played by Mona Goodwin, who, having come across a story linking to the events of Grover’s Mill, embarks on a journey to the States to investigate, hoping to make her name. But at what cost?

It is the question of journalistic integrity, the responsibility of the media, and how human self-interest can corrupt the message that sits at the heart of the production. But those concerned about how the actual alien invasion is portrayed on stage – understandable considering the size of the production and its four-person cast – need not be.

The lighting by Pete Maxey and Nick Flintoff is spot on, effectively evoking an other-worldly feel, as the stage is awash with extra-terrestrial hues, pulsating, as the actors behold the terrifying emergence of the invaders.

It was further dramatised by the superb sound effects of Benjamin Grant, who does a terrific job of evoking the unsettling screeching and twisting of metal as the invaders annihilate the human defenders and bring humanity to its knees. The alien invasion scenes, or those involving the original radio play, put me in mind of Hollywood productions – perhaps in homage to the B-movie flicks of the age – no small feat considering the size of the production.

So, there may be a disappointment for those expecting the play to be along the lines of the Tom Cruise blockbuster or the Jeff Wayne musical (both are mentioned). Still, for fans of the novel, and of course the Orson Welles radio play, there is plenty here to enjoy. Whilst I felt that the messaging became a little convoluted at times – perhaps while attempting to chew off more than could be comfortably chewed – it certainly had me pondering its deeper meaning all the way home from the theatre.

Perhaps, rather than the Martians, it is the self-serving media and political actors that have long drawn their nefarious plans against us, and it is a dystopia of our own making that awaits us?