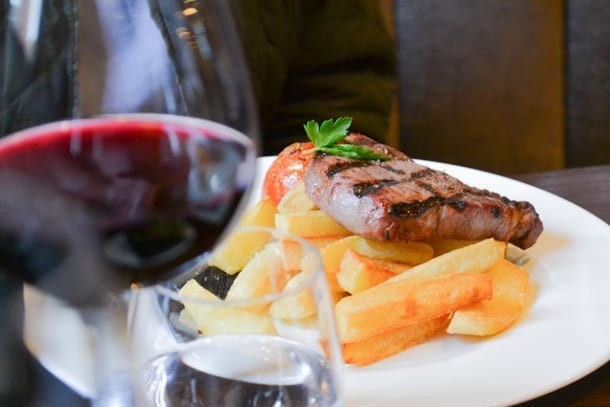 In case you didn’t know, there’s more to Rosylee than afternoon tea. Last summer, the vintage-style tearooms had a bit of makeover. A few tweaks here and there, some dining booths, a new manager and a menu created by legendary chef Robert Owen Brown, veteran of such well known Manchester establishments as The Midland Hotel, Reform, and The Mark Addy, and it was transformed into a restaurant serving good, wholesome northern food made from locally sourced ingredients.

‘Wednesday night at Rosylee is
Steak and Wine Night’

There’s no crispy squirrel or Vimto trifle on the menu but there is Lancashire hotpot, steak and ale pie and crispy Lancashire black pudding potato cake. They still do their signature afternoon teas, of course, but we’re here because it’s Wednesday and Wednesday night at Rosylee is Steak and Wine night – a 10oz flat iron steak, chips and your choice of three sauces, plus a bottle of good red wine to share, all for £17.50. 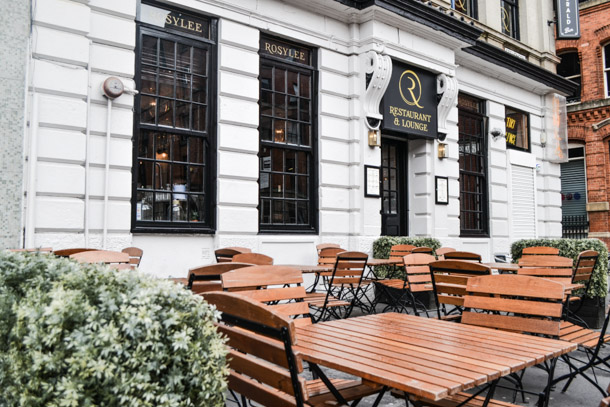 Nothing tastes better than steak cooked on a barbecue. Rosylee is one of only two Manchester city restaurants which has an Inka. Not a descendent of the native Americans of the Peruvian Andes, but a charcoal oven which cooks at temperatures up to 400 degree Celsius, allowing the steak to retain all of its moisture and delivering a smoky, barbecued food taste, even on a wet Wednesday night in Manchester. 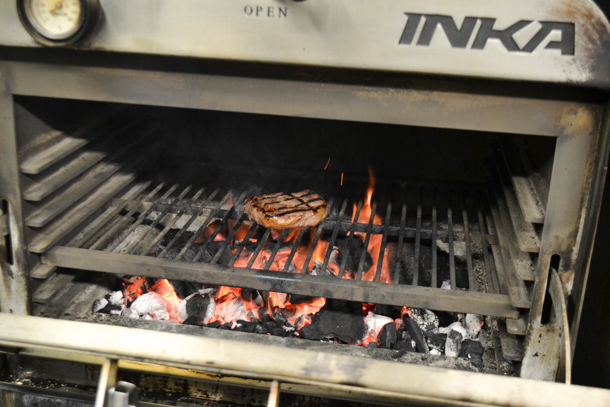 In case you’re wondering-and we did-flat iron steak is an American name for what is variously called butler’s steak, oyster blade steak, top blade steak and feather steak. It’s cut with the grain and taken from the shoulder to produce a well-marbled, juicy steak with a deep, rich flavour. 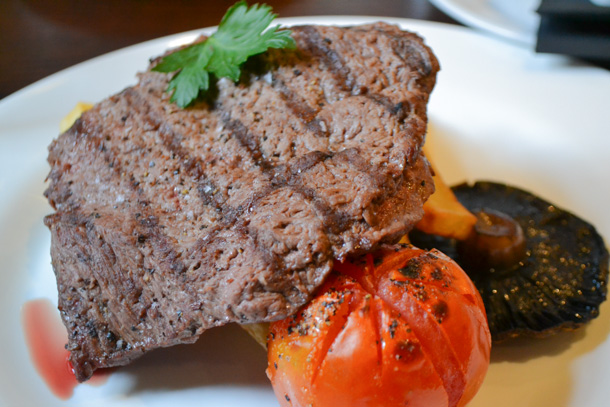 They say you get what you pay for. £17.50 for a succulent, juicy steak with chips, sauce and a bottle of good red wine worth £18 to share is definitely good value. Do the math and give it a try. We think you’ll like it.

PS I left a little room for a dark chocolate tart smothered in warm custard.

It’s not part of the deal but really hits the spot. If you like chocolate, don’t leave without trying one. 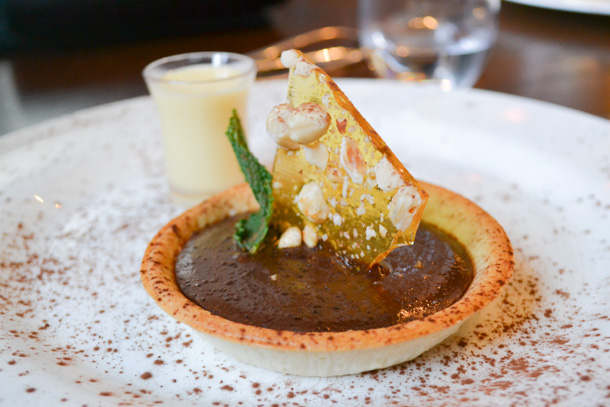