Made for TV channel Dave (who must be taking a break from their 24/7 Top Gear loop), Hoff the Record is a mockumentary following the life of David Hasselhoff as he attempts to bring his LA lifestyle across the pond.

…this was a
great opening
night for the
Pilotlight Festival

Needless to say, cold weather, dry humour and a diet free of floor burgers doesn’t agree with the the former Baywatch star, and things quickly start for him. After suffering multiple divorces, alcoholism and the Spongebob Squarepants Movie, Hoff’s career needs some serious resuscitation and this show might just do it.

Hoff the Record is a hilarious send up of Americans as viewed by the British public. It’s fly-on-the-wall, so it looks pretty similar to The Office except instead of Ricky Gervais cracking bad jokes, you get to watch David Hasselhoff, a man who is almost aggressively American, lumbering around and struggling with the day-to-day nuances of life in England. Between a conniving manager, an embarrassing son, and a driver who still can’t believe he’s working for the Hoff, David’s dreams of a career comeback seem to be crumbling before they’ve even begun. But don’t worry. His team have a plan.

Season Two of Hoff the Record made its debut on Dave last night at 10pm and is definitely worth your time. But don’t panic if you still haven’t seen the first season. Every episode is available online so stick Season Two on record and spend your weekends watching the most on-point comedy that Dave has to offer.

Aside from the show itself, this was a great opening night for the Pilotlight Festival. Organiser Greg Walker hosted a panel which included Mark Quartley (who plays Hoff’s German, techno-loving son), Fergus Craig (the shady manager) plus exec producers Krishnendu Majumdar and Richard Yee.

The panel was the highlight of the night. Both the actors and producers seemed to genuinely love the show and engaged in a way I’d never seen in a Q+A – and I’ve been to a lot of festivals. The panel shared stories from on the set (apparently Hoff is too famous to film outside) as well as real life cultural miscommunications (apparently he though Bruce Forsythe was a paedophil).

A smart, funny, witty look at modern celebrity, Hoff the Record shows us exactly what happens when the rich and famous are knocked off their high horse into the slag heap. It’s a fresh approach to an old idea and places David Hasselhoff right back up amongst the celebrities you should be watching.

If you love TV and you’re in Manchester this weekend, take a break from the sunshine and enjoy the rest of the festival. 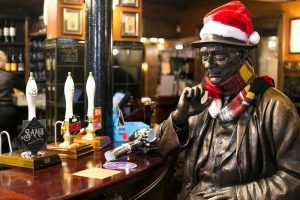 23 wonderful Manchester venues well worth considering for your Christmas party 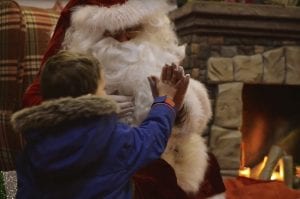