Review: I’m Standing Next To You at Twenty Twenty Two 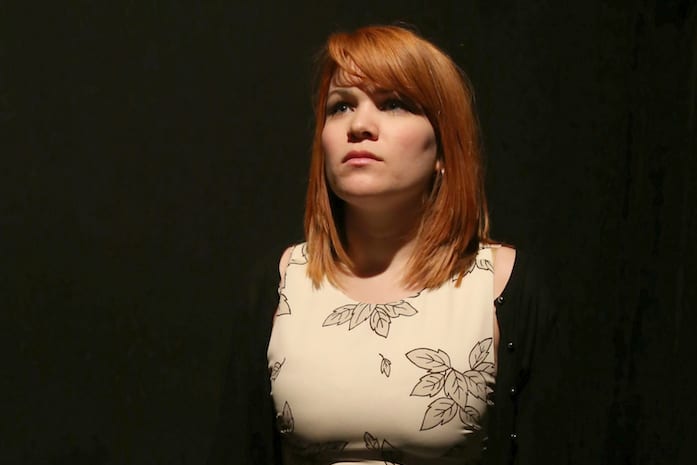 Running late, I tapped the screen on my phone irritably, trying to load a map so I could find Twenty Twenty Two, the venue for this play. Eventually I arrived, flustered, and found the bar and my friend.

I couldn’t see any kind of stage, despite being there for the play. We looked in the room next door, only to find a windowless basement. Another misleading Facebook invitation, I thought to myself, shaking my head.

Suddenly a woman started to speak. She threw her voice round the room, talking about Billy, her recently born son. An odd statement to make in a theatre waiting area, I thought.  She kept talking and eventually I realised that this wasn’t a waiting area but a performance space.

This is a clever piece of directing from Tom Hodson. From The Mill Theatre Company’s I’m Standing Next To You is a piece of immersive theatre. The drama unfolds around us. It switches between a cast of three – Anna with the baby, Joe, a frustrated office worker and Rosie, a young professional looking for love and battling with Tinder. Each actor comes forward at intervals to tell their own stories.

Anna, (a businesswoman struggling with the isolation of maternity leave played excellently by Jennifer Campbell) locked eyes with me early in the play as she held her phone in her hand, spitting with anger at a work email.

The amount of eye contact she deliberately aims for is unnerving and proves the point that many of us feel more uncomfortable  looking another human being in the eye than we do scrolling through glimpses of their private lives on the internet. Making real human connections is hard.

I’m Standing Next To You makes you think hard about the different levels on which we interact in society – an admirable feat for such a small cast and a play with a running time of just over an hour. It is enhanced by music from Little Sparrow, with a bold folk melody, Sending The Message, which invites us to question the way we connect with others.

It’s not all deadly serious, though. There’s some humour, too, particularly with the character of Rosie, played by Lucy Hilton-Jones. Rosie is a young professional looking for love on a number of different dating sites and it’s hard not to find her swipe routines on Tinder amusing. It also ensures that the tone of the play isn’t negative.

All the characters can make us smile  – Anna with her potty-mouthed insults, Rosie with her dire dates, and Joe, played with convincing energy by Matthew Forey. Yes, we are invited to see how each of the characters feels isolated in the face of technology but that is also an invitation to come face to face with them.

I felt ashamed by my reliance on my phone, that small lump of plastic motionless and quiet in my pocket, compared to the vibrant group of people around me.

The performance closed with a short film on loneliness and a resounding message – I’m standing next to you. This is the type of show which makes you want to grab people off the street to see. I left with my phone still in my pocket, smiling at the cab driver who stopped for me on Dale Street.

I’m Standing Next To You is part of The Greater Manchester Fringe Festival. The final performances are at 2pm and 7pm on the 16 July at Twenty Twenty Two. For tickets: www.ticketea.co.uk/tickets-theatre-im-standing-next-to-you/