Review: Hairspray at the Opera House 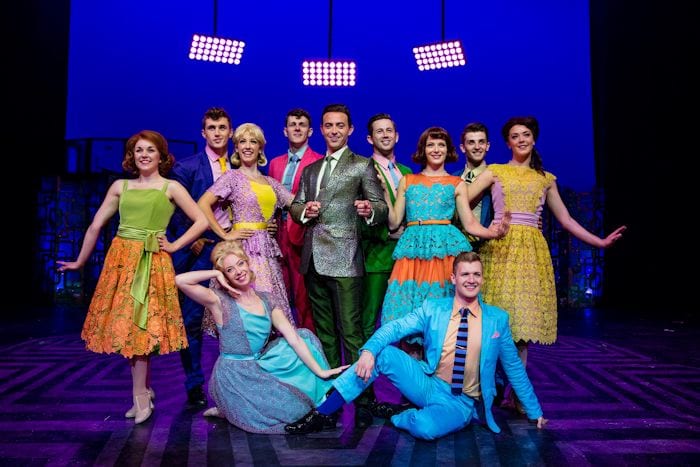 John Waters’ 1988 movie Hairspray had an amazing cast including Rikki Lake, Debbie Harry, Sonny Bono and Divine. It was rough and ready but it had a heart the size of Heaton Park. It became a cult film.

The musical version arrived on Broadway in 2002 and the West End eight years ago. It has become so popular that it has become a regular on the touring circuit.

The story follows Baltimore gal Tracy Turnblad, who is hooked on a TV dance show – so much so that she is determined to take part herself. The problem is, this small town is not ready for her views on integration or the fact that she is not as slim as the other dancers.

This is 1962, and the show is a celebration of diversity at a time when we did not see very much on our TV screens.

The show gently mocks the representation of race and women over 50 years ago and does so with a real sense of fun. It is as comforting as spotting a box of Krispy Kreme doughnuts doing the rounds at work. 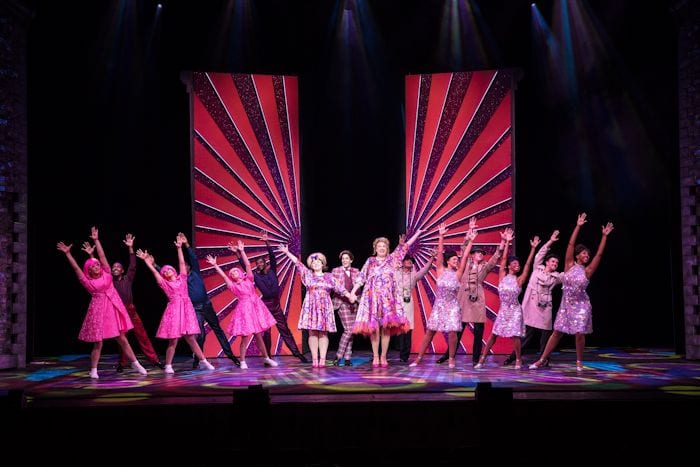 Michael Ball originated the role here and she has also been played by Phill Jupitus and Michael Starke. In this production, Matt Rixon steps into Mama’s high heels and does a good job, but he does lack the star quality of some his predecessors.

Rebecca Mendoza (Tracy) overplays when she needs to. She has great chemistry with her fellow cast members and her comic timing is spot on. Vocally, however, she is sometimes off key and lacks the chops of previous actresses who have played this role.

Thankfully, the supporting cast are the ones who you remember.

Layton Williams who plays Seaweed, a truant kid with talent, is one mighty performer. A credible actor, he is incredibly athletic and dances Drew McOnie’s superb steps and then some. If Kinky Boots needs a new leading man, he’s your guy.

Brenda Edwards wows the audience as his motormouth mom. Her vocals lift your spirits.

Edward Chittick’s Link Larkin and Jon Tsouras’s Corny Collins both capture the cheese of 1960’s Americana and they do it well.

Aimee Moore, who plays former Miss Balitimore Crabs Amber Von Tussle, would chew up the scenery if there was any. She is brilliantly brittle and oozes sarcasm from every pore.

Hairspray is a feelgood show with some brilliant songs many will know including, You Can’t Stop The Beat and Good Morning Baltimore.

On paper it should deliver and it does, thanks to the energetic choreography and some star turns. This production has cast members who give million dollar performances but, sadly, it looks as cheap as chips.

The Broadway and West End versions had money spent on them, with lavish set designs and costumes. Here, the set design by Takis is so scant that there is an over reliance on Dick Straker’s video design of everyday items, including a washing line and some placards.

The lack of a set means that if you are new the show, it’s not always clear where you are. For example, Wilbur runs a joke shop, but you would barely know that as the details are too sparse. At up to £51 per ticket, you have a right to expect more.

Paul Kerryson’s Hairspray has the songs, pearly white teeth and smiles, and some fine performances, but it needs to rest for a bit. When it returns, it needs more than a can of Elnett to keep it in place. It needs a dollar, dollar.

Hairspray is at the Opera House until 7 April.