If you want to sit and hear The Smiths and watch the famous quiff celebrated on screen, this is not the film for you.

England is Mine, the new biopic directed by Mark Gill and co-written with William Thacker, focuses on the life of Morrissey before stardom – the years from about 1976 until he formed what would become The Smiths with Johnny Marr in 1982.

Rather than being a film about Morrissey, it is a film about a young man called Steven daring to dream beyond what is normal.

Both the director and the screenwriter are, like me, self-confessed fans and with this comes the risk of the film becoming overly sentimental or a hagiography. England is Mine manages to largely avoid this.

Interestingly, rather than following Morrisey’s autobiography – which was published whilst the film was being written – Mark Gill says that he already knew the ‘story I wanted to tell’. 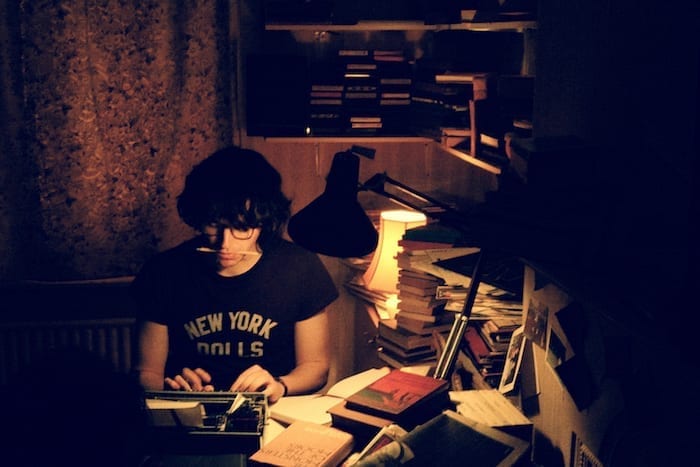 It portrays introverted young Steven and his attachment to his room in the house on King’s Road, Stretford where he lives with his mother (Simone Kirby) and sister (a moody Vivienne Bell).

Here he sits with letters and articles he has written and pictures of his heroes like American film star James Dean. When he feels stressed, he plays not the scratchy punk many people associate with the late 70s, but records his mother likes.

He writes to the NME to criticise the 1976 Sex Pistols gig in Manchester that so many others raved about.

The film draws attention to his early cultural influences, rather than the cult of Moz he has since spawned.

It’s very much a film of two halves: one of beauty, one of bitterness – something which could be seen as an illustration of his character. The security of home and family is increasingly contrasted with the demands of society – a method by which the film paints Steven as a character who famously ‘didn’t fit in’.

He’s painfully shy, can’t even summon up the courage to approach potential band members, and even wears headphones to a club.

The film suggests that Steven isn’t just the egotistical character of Moz people both love and resent, but a person who wasn’t ashamed to have idols and be emotional, especially around women.

People who are sceptical of the man now – and there are many – may find themselves warming to actor Jack Lowden’s portrayal of him.

He starts off wearing a New York Dolls T-shirt, showing him to be a music fan just like you or me, going to gigs and getting to know Linder Sterling when she was a young artist.

His relationship with Linder (a gutsy Jessica Brown Findlay) is a particularly tender and unexpected touch. “What will I do without you?’ he asks as she prepares to move to London.

There is humour in the scenes of him working as a clerk at Inland Revenue – a gangly, disinterested figure penning poetry on the roof – whilst he encounters death working as a hospital porter.

We see the turbulence of young hope crushed as he takes to the stage first with band The Nosebleeds, only to be later abandoned by guitarist Billy Duffy and the spiral of depression setting in as he refuses to leave his room. It is only at the very end that he meets Johnny Marr.

When his mother asks him to describe his first experience on stage he tells her “now I know how you feel about knitting.”

The film is made in the kitchen-sink drama style he so loved with a nod to Shelagh Delaney’s A Taste of Honey when his character picks up a second-hand copy.

There’s a real authentic 1970s feel. Everything from the flared jeans to the Pyrex jugs, as he sits in a room piled with dusty vinyl and tomes of books – Virginia Woolf and Oscar Wilde amongst the mix. Who would think this was the man who would go onto front one of the most recognised bands of the 80s, as well as spark an award-winning solo career?

For anyone who is not interested in the man to start with, it may feel overly indulgent and over-exploratory – but both of these are qualities which are part of Morrissey’s since self-cultivated media personality.

Some fans may hope that it will unearth some new details about Morrissey’s life, like looking at his largely absent father or perhaps a consideration of his sexuality. It doesn’t. His schooldays are disappointingly absent too.

The film is best enjoyed as a coming-of-age film set in 1970s Stretford. It’s a nostalgia trip – but one well worth taking.

England is Mine is on at HOME.