Electrik have launched a new menu and they invited us over to have a run through it. Host for the evening was owner Luke Cowdrey, one half of DJ pairing The Unabombers and a man who by his own admission, is turning his attention more from beats to bars these days.

All he wants is a sausage dog, apparently.

What he has already, however, are some very well regarded food and booze operations – including Volta in West Didsbury.

Over at Electrik, they’ve gone for a homely, comforting vibe with the new menu – cheese and onion pie, jerk chicken, salmon teryaki – all of which were spot on for a cold wintery evening.

They’ve got a belter of a beef bourguignon on there too.

All of this is complemented by a well thought out range of beers, and we got stuck in to a cracking rioja too.

All in all, there’s enough depth and variation ion the menu to mean Electrik should be a definite pit stop should you find yourself in Chorlton. 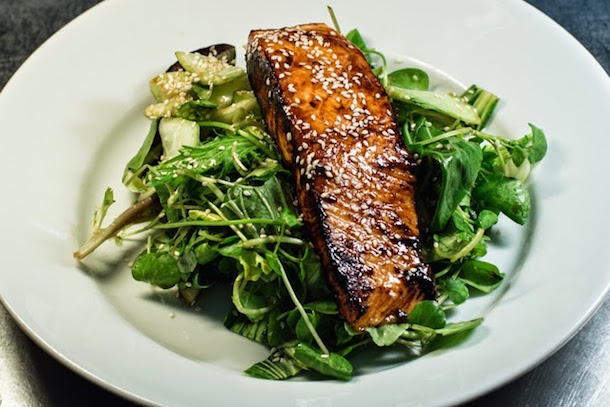 Living in the deeply untrendy Salford, it’s always struck me that Chorlton is effectively Eccles with more middle-class people in it. They both have a tram stop, a big Morrisons and a slightly crap 1970s shopping centre plonked in the middle of it.

I suppose the South Manchester suburb has benefited from being on the student trail housing trail for years and year – my first ever Manchester address was on Nicolas Road, nearly 20 years ago.

It still has its grittier parts – and bars like Electrik manage to capture both side of the suburb pretty well. A good all-rounder.