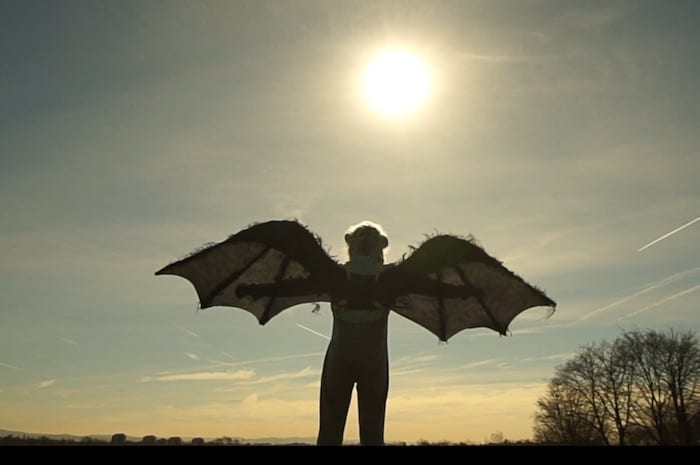 Austin Collings is clearly a bit of a polymath. As well as being an accomplished writer, cultural commentator and music aficionado, he is also a director.

His new short, 2000 AD, recently screened at Manchester’s HOME theatre and cinema venue, as the short running alongside England is Mine, the debut feature from Mark Gill, another Manchester lad.

It’s not something you’d take the kids to see, to say the least. It’s a ‘cine-poem.’ In other words, an art film rather than a ‘movie’, so the story is largely symbolic instead of being told through plot or dialogue.

The seven-minute film follows a flying monkey called Brexit as it suffers an existential crisis. Flying monkeys will probably make everyone think of The Wizard of Oz, a story in which a great country is ruled by a ‘great and powerful’ wizard who is revealed to be a fraud, wielding power by telling lies.

Since Collings decided to call his monkey Brexit, his opinions on last year’s referendum  seem rather obvious. 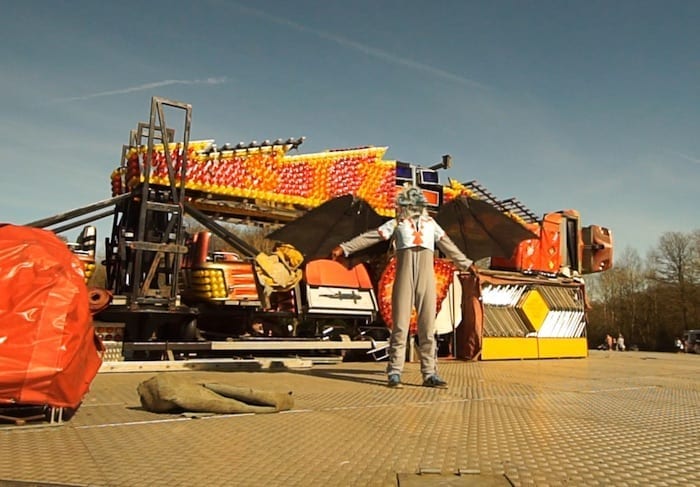 Another angle is to consider the title. 2000AD is reminiscent of Stanley Kubrick’s 2001: A Space Odyssey, the story of how progress, combined with man’s divided nature, will be our ultimate destruction.

Specifically, 2000AD references the famous opening scene in 2001 in which a monkey picks up the world’s first ever tool and murders his simian rival in cold blood.

The film will divide its audience into four groups: Brexiteers vs Remainers, and those who like art films against those who don’t.

But no matter which camp you fall into, 2000AD is worth watching – even if you love movies but hate art films.

It can serve as an education, helping you dip a toe into unfamiliar waters. And the worst case scenario is that you lose seven minutes of your time.

Its run at HOME has finished but you can watch it here.