PREVIEW: 24:7 Theatre Big Festival Weekend will be ‘best yet’ 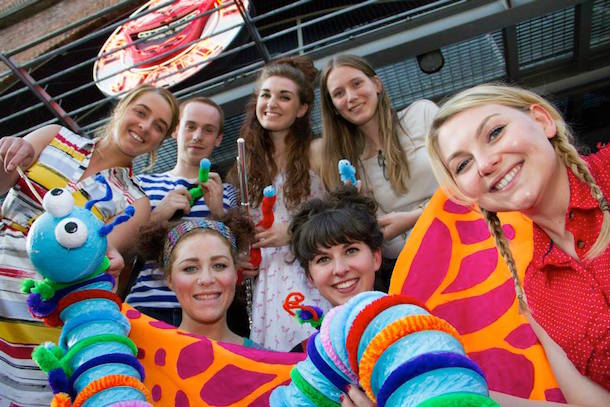 Now in its 11th year, 24:7 is a showcase for original and stimulating theatre, bringing new writing and untapped acting talent to unconventional venues in the heart of Manchester.

’24:7 tweaks its format
each year, sometimes
changing venues, but
always has developing
people and talent at
its heart’

It still holds a special place in my heart. After being an admirer for a couple of years, I ended up directing one of their plays a few years ago and I quickly found out that this small group of people are dedicated to giving exposure to untapped talent. This is incredibly admirable as it’s so difficult for professional actors and writers to get their foot in the door.

24/7 focuses on providing brilliant writers and actors with the platform they need to share their gifts and hard earned training with Manchester’s theatre lovers. They nurture burgeoning talent and each production is run by its own production company – which lends a certain autonomy and freshness to each and every production.

“As part of the build-up to the weekend we have taken time to involve and encourage more writers, directors, actors and producers than can take part”, says Anika Edge, 24:7’s general manager. “We are also giving valuable hands-on experience to our 2015 Foot In The Door trainees.”

24:7 tweaks its format each year, sometimes changing venues, but always has developing people and talent at its heart.

“Our 24:7 Big Festival Weekend proves once again that the Manchester theatre scene is bursting with new and exciting talent” says executive producer David Slack. “As this will be the last Festival in our recognised format, we are firing up all our engines to ensure it is the best yet.”

As the opening night draws closer, I spoke to two of its successful entrants to get the inside track on how they feel about being involved in the festival and what it means to them.

Actress and playwright Laura Harper is excited to be making the leap from stage to page this year with her play ‘We Are The Multitude.’

“I’ve been involved in 24:7 as an actor multiple times in the past and have always thoroughly enjoyed it. I really didn’t expect my play to be chosen in the final four, but I knew I could count on honest and professional feedback about the piece, which just in itself would have been valuable to me.

“24:7 provided me with a mentor-playwright and lecturer, Martin Thomasson as well as technical help and useful guidelines for using comedy.

“Martin gave me practical advice about working with a director and defining the writer’s role once rehearsals begin. It’s thanks to him that I made it onto the shortlist.

“Our director Liz Stevenson has also helped me to develop. I knew I wanted to work with Liz from our very first meeting. She has an infectious enthusiasm and I felt that she was someone who would challenge and push me to make the play the best it could be.”

James Kerr, author of ‘The Plant’, understands that the competition is tough when it comes to 24:7 as its reputation and back catalogue attracts some of the best burgeoning writing talent. 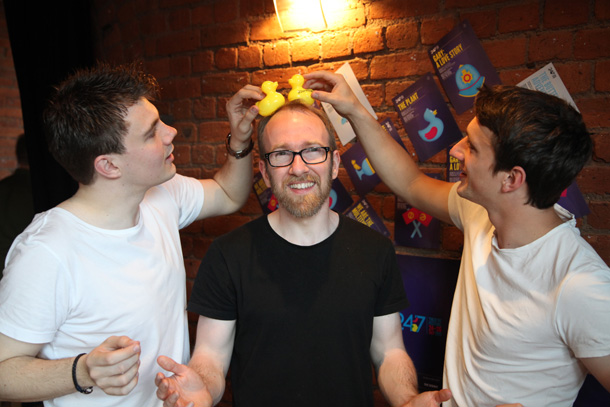 “This is actually my fourth year of submitting for 24:7, so it’s been great to get in this year. I had a script-in-hand reading for my play ‘Saving Dave’ a couple of years ago, which received a warm reception and a lovely review and really gave me confidence in what I was doing. To finally see a play really fleshed out and get the chance to watch the actors bring life to it is incredible. I try to watch every rehearsal very objectively, ultimately the purpose of my writing is to keep people engrossed and entertained.”

In recent years, the much loved festival has found it increasingly difficult to secure funding and with a major change in formats on the cards for next year, James and Laura feel they wouldn’t have got the same opportunity from anywhere else but 24:7.

“I understand that theatres have more funding, and more active involvement in artist development at the current time, and whilst I don’t doubt that is a good thing for someone like me who doesn’t have a formal writing background, the opportunity to enter anonymously and receive feedback from professionals has been invaluable in my development as a writer,” says James. 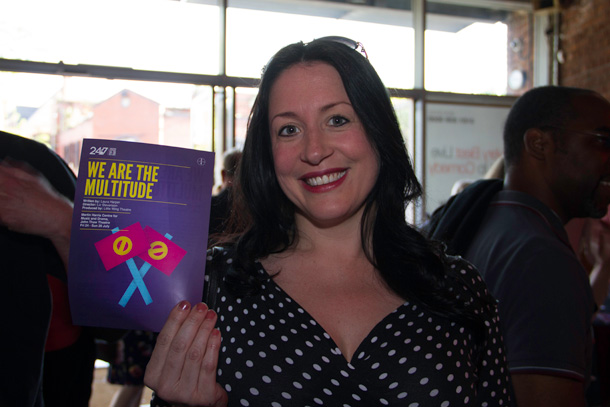 “It’s a strange sensation having your work put on the stage”, says Laura. “Writing is such a solitary, personal act and then theatre is so public. It’s been a real treat to hear the actors reading through the script and helping it to fulfil its purpose. I’m incredibly excited about the end result and I’m thankful to 24:7 for allowing me to be a part of this wonderful process.”

So whether you are interested in the one act plays, monologues or the family adventure, 24:7 boasts well choreographed, tenacious entertainment on a professional level, all wrapped up in the approachability of a relaxed festival. If previous years are anything to go by, it won’t disappoint.