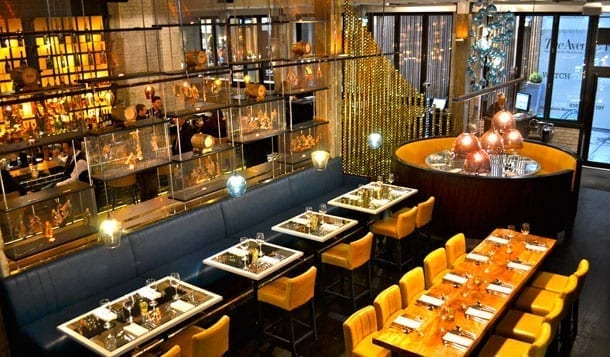 Restaurant entrepreneurs James, Guy & Karina Hitchen have announced they have new ventures on the horizon for 2014 after celebrating a successful 12 months which has seen their 2 establishments Southern Eleven and Neighbourhood go from strength to strength.

“THERE IS A WEALTH OF FOOD AND DRINK ESTABLISHMENTS IN MANCHESTER CITY CENTRE WITH SOME COMPANIES HAVING LAUNCHED MORE THAN 4 LAST YEAR ALONE.”

Plans include opening a secret speakeasy in Spinningfields at the end of March along with new American Brasserie in Manchester City Centre in September 2014.

Both developments will be a completely different concept to their current Manhattan inspired bar and Restaurant Neighbourhood, which has fast become one of the coolest places to hangout in Manchester. With its unique Sweet Tooth Pizzetta desserts and their ‘on trend’ Wagyu burger sliders the restaurant has managed to grab the attention of diners whilst creating a party ambience that makes people want to ‘dine, drink and dance’.

The masterminds behind these fresh ideas are family team James, Karina & Guy hitchen. At the age of 30 James is Manchester’s youngest restaurateur, born into one of Wigan’s biggest business families, which began on a horse and cart and developed into a multi-million pound food manufacturer.

“We like to do individual concepts to keep them interesting and innovative for our customers. We don’t want to keep repeating the same ideas, there are so many exciting concepts and ideas out there to be developed.”

James is climbing the ladder of success with his wife Karina, whose background in media and marketing has helped cement their brand to the masses and made them a favourite amongst celebrities.

“We are extremely proud of what we have achieved together as a small team. There is a wealth of food and drink establishments in Manchester City Centre with some companies having launched more than 4 last year alone. To be standing alongside them as a trio proves that some of the risks we have taken worked.” 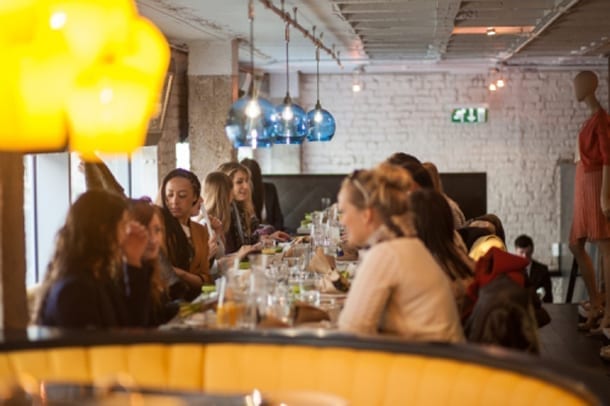 One of the highlights for the pair has included both their venues playing host to Premiership football team celebrations. Manchester United players and their partners chose Neighbourhood as the place to be to toast their Premiership title win. Everton footballers visited Southern Eleven as part of their end of season dinner along with their farewell to manager David Moyes and Phil Neville.

Southern Eleven’s American BBQ experience will also be expanding for 2014 as it moves into the Brooks Brothers Unit in Spinningfields by the end of March. The Hitchens are also investing in a smoke house and development kitchen where their chefs can work on new creations and customers will be able to buy locally sourced meats, smoked meats and enjoy a beer or two.

“We have been fortunate to have a close working relationship with Allied London who develop the Spinningfields area. They believed in us and Neighbourhood’s concept so much that they signed us as a flagship unit to attract other business to the area-which has happened.”