No passport required: take a weekend break or day trip from Manchester to Belfast

Struggling for ways to entertain the kids during the summer holidays? Fancy a weekend away or a special day out?

Belfast is less than an hour away from Manchester, so it’s perfect for a weekend break – or even a day out.

The historic capital city of Northern Ireland isn’t just the birthplace of one of Manchester’s favourite adopted sons. It has more in common with Manchester than you may think.

During the Industrial Revolution, they were both boom towns. Manchester became known as Cottonopolis, whilst Belfast – the biggest producer of linen in the world – became known as Linenopolis. Both cities were late to gain city status, too – Manchester in 1854 and Belfast in 1888.

Award-winning attractions are just minutes away from George Best Belfast City Airport where you touch down. The airport is three miles from the city centre. The journey takes approximately ten minutes by taxi or take the Airport Express 600 bus. 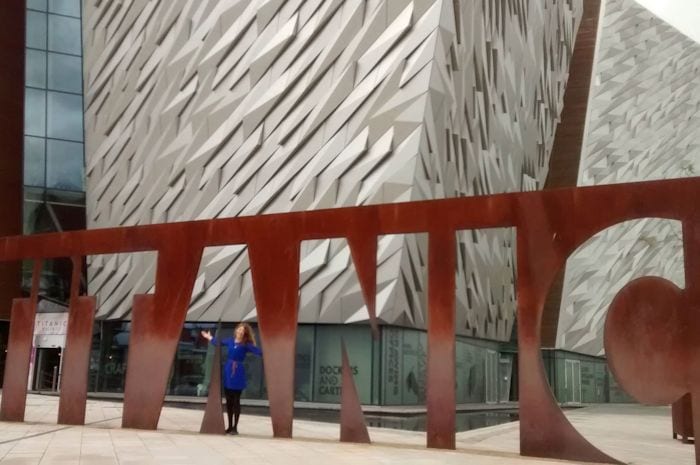 A highly recommended first stop less than ten minutes away from the airport is the massive Titanic Belfast building. It opened in 2012 to mark the centenary of The Titanic’s maiden voyage and was voted the World’s Leading Tourist Attraction in 2016.

Nine interactive galleries tell the story of the famous ship which sank tragically on 15 April 1912. Inside the attraction is a ride which takes you on an audio-narrated tour of a reconstructed shipyard – an opportunity to walk across the recreated boat deck – and Titanic Beneath, which presents large screen footage of the Titanic as she now lies  beneath the North Atlantic Ocean.

The building imitates the bow of a ship and is a monument to the city’s maritime legacy. It is located in the former Harland & Wolff shipyard, where not only RMS Titanic but RMS Olympic and HMHS Britannic were built. The surrounding area has recently been regenerated as the visitor-friendly Titanic Quarter.

Head outside the Titanic Belfast building to explore the slipways where the Titanic was constructed, board the nearby docked SS Nomadic, the last remaining White Star Line Vessel, or try a walking or segway tour.

Some of the surrounding studios have been used for Game Of Thrones – a must-see for fans. 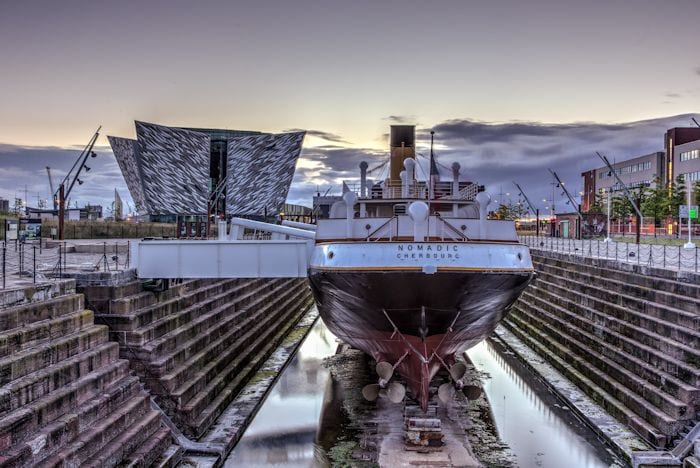 Next to the Visitor Experience, within the former headquarters of Harland & Wolff, is the elegant Titanic Hotel Belfast, whose beautiful bar is located in the drawing rooms where the Titanic was designed.

Another place of interest is the docked WW1 vessel HMS Caroline. Built in 1914, the ship is the sole survivor of the Battle of Jutland. Admission includes access to a number of exhibits in the waterside Pump House and the opportunity to board the ship itself. There are interactive exhibits, authentically-replicated rooms and a chance to dine onboard.

A ten minute taxi ride from the Titanic Quarter is the city centre. Belfast has two Michelin- starred restaurants, Eipic and OX, as well as a number with Michelin Bib Gourmand status. The area around the scenic St Anne’s Cathedral (the building’s massive Celtic cross is a stunning sight) has plenty of great places to eat and drink. 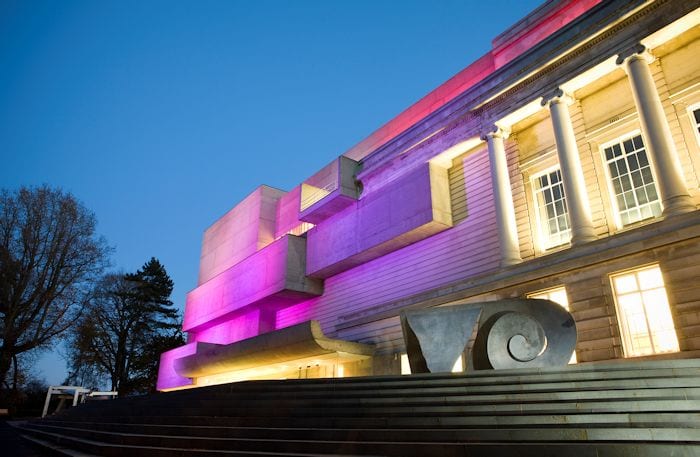 A popular stop-off point for day trips is the Ulster Museum, close to the historic Queen’s University Quarter and stunning botanic gardens.

Established in 1929, this is the oldest museum in Northern Ireland. A must see is a stunning set of treasures from The Spanish Armada – many ships from Philip II’s fleet sent to invade England in 1588 ended up shipwrecked off the coast of Northern Ireland. Admission is free.

Outside the museum you will find 28 acres of botanic gardens and the Tropical Ravine, which hosts some of the world’s oldest seed plants and tropical species. The listed building was restored earlier this year and is free to enter.

Belfast is a compact city and easy to navigate, with many places of interest not far from the airport. But for something that takes you a little further afield, there are taxi and walking tours of the iconic murals – colourful and powerful reminders of ‘The Troubles’.

Visiting the murals is a sobering and hard-hitting experience. So is a visit to the Peace Walls – enormous fences erected between the Catholic and Protestant parts of the city. 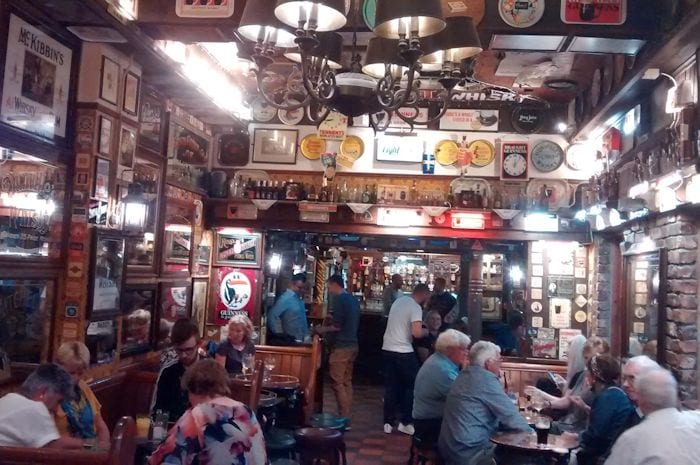 There are plenty more places to see and things to do in Belfast, including beautiful Belfast City Hall, the historic former Victorian jail of Crumlin Road Gaol and the indoor St George’s Market.

And, of course, Belfast is the birthplace of one of world’s greatest ever footballers. Follow in his footsteps on the George Best Trail or stay at the house where he grew up.

You don’t need a passport to visit Belfast but you will need photographic ID. Find out more here. 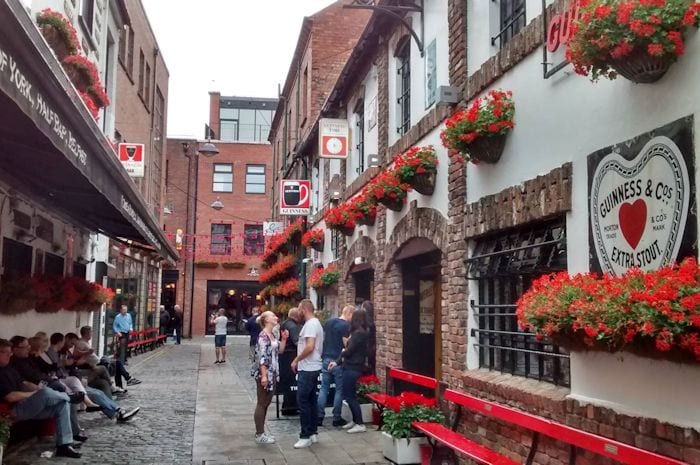 Flybe operates up to 7 flights per day to Belfast City Airport from Manchester, with fares  from £27.99 including all taxes and charges. A round trip from Manchester Airport starts from £51.  Departing at 7am on Friday and with the last returning flight on a Sunday at 8.15pm, you can make the most of a weekend break in the city.