New in town? Welcome to the greatest city in the world

Well that’s definitely what every Manc’ will say. As a relatively new Manchester resident, there are a few things I’ve learned about this city. Some good, some bad, some annoying and some that make me think ‘WHAT THE HELL WAS I THINKING!?!’

“Just accept it
and move on.”

Over here at I Love Manchester, we tend to assume our readers already know what we’re talking about. With a growing rate of transplants, I’ve decided to go back to basics and give you all a little lesson on what makes Manchester Manchester.

The greatest city in the world? Ask a native, or anyone who has lived here for most of their life and that is exactly what they’ll tell you. But…no, no buts. Just accept it and move on. 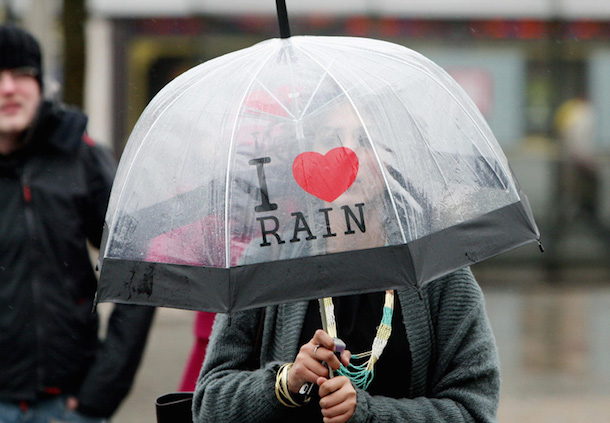 One of the first things you’ll notice about Manchester is that it seems to rain every day. The city does have a reputation as ‘the rainy city’ but in fact only rains an average of only 140 days/annum. Now that doesn’t sound too bad does it? The next thing you’ll learn is that this rain is not just rain. It is horizontal rain and it comes at you from all angles. That shiny new umbrella you bought for your big move? Ditch it. Buy a raincoat, a wax jacket with a hood, waterproofs or just a big black trash bag. If all else fails, there’s always UBER.

Now that we’ve established how to deal with the rain, you are probably wondering what people do whilst it’s going on. Well, they drink. There is certainly no shortage of bars and pubs in Manchester. Where some cities have a Starbucks or a McDonalds on every corner, we have a drinking establishment. You must learn to embrace the drinking culture. After all, at least you’ll stay dry. 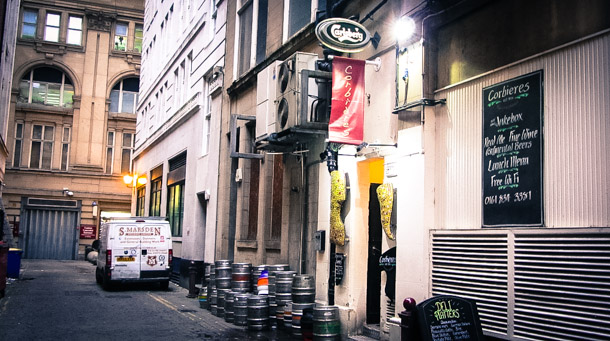 The next thing you’ll notice is that strange haircuts will always be in fashion. You may think to yourself ‘what the heck is that?!’ The samurai bun, the ‘Liam Gallagher’ and the ‘Beckham’ are just a few of oh so hip haircuts you may see bobbing around the city. The men of Manchester seem to have wilder hairstyles than the woman. Manchester has a very unique and trendy style. Vintage is always in so make sure to hit the plethora of shops and pick up some acid wash denim and plaid shirts. This attire is appropriate for pretty much every occasion. You may also be shocked with the extreme lack of clothing Mancunian girls seem to wear especially in the winter months. For some reason, it is acceptable to go out in 5 degree weather wearing nothing but a mini skirt and what looks like a sequin bra. This takes us back to the ‘drinking culture’. Introducing the beer coat; the invisible force that keeps you warm, irrelevant of the external temperature, after consuming vast amounts of alcoholic liquid refreshment.

Another little thing you may come across is the ‘sound of football’. What is this you ask? Usually groups of men, sometimes mixed genders, singing/yelling loud, out of tune football songs. It doesn’t matter if football is in or out of season, you will hear this all year round. You may see signage in pubs saying ‘no colours’, ‘no football tops’ or something along these lines. Allow me to explain… There are massive rivalries between certain clubs (think gang wars i.e. bloods v. crips). Mancunians take the sport very seriously so to avoid conflict, don’t even pretend you know what you’re talking about. 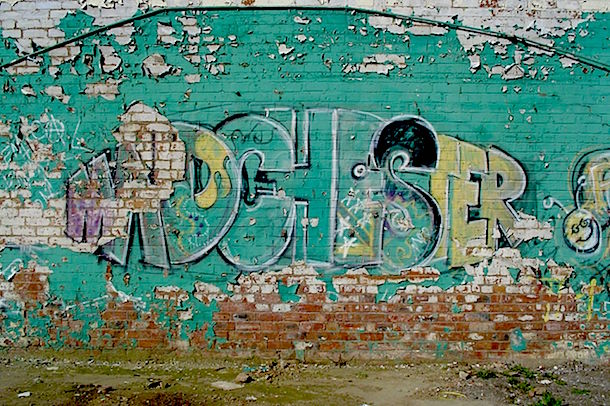 With regards to everything else other than football, Mancunians are very nice and polite people. Need directions, help with something heavy, the door held open? Mancunians have a reputation for being far friendlier than Londoners, they’re also the kings and queens of banter. The Manc banter, like everything else in the city is something special and quite possibly the most entertaining thing you’ll ever witness. Mancs don’t take themselves too seriously. It is indeed what gives Mancunians their charm. 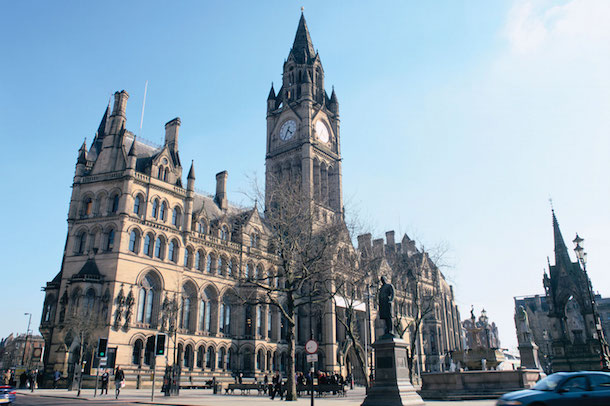 Manchester is the ‘original modern city’. It was “without challenge the first and greatest industrial city in the world.” As you wander around the city you’ll see huge industrial looking buildings, old factories and mills. Manchester was dubbed ‘Cottonopolis’ and ‘Warehouse City’ as it was the most productive city of cotton processing and soon became the centre of the Industrial Revolution as people flocked to the city for work. Think Americans are patriotic? Wait until you get to know a Manc. They are extremely proud of their roots and the history of the city. Many of these old warehouses and factories have been converted into city centre bars, flats and shops. The original fixtures and machinery are often used within the design as to retain the integrity of true Mancunian architecture. 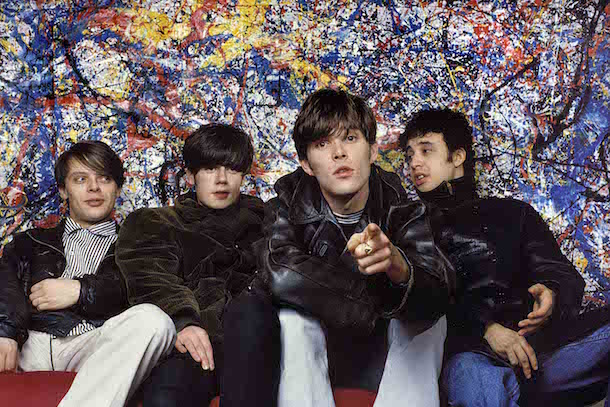 Another huge part of Manchester’s history is music. Ever heard of The Smiths, Joy Division, The Stone Roses? If not, you better start trolling through Spotify. Manchester is also considered to the centre of music culture. Kicking off in the 70’s with The Hollies, The Bee Gees and Herman’s Hermits, Manchester then entered the golden age. The Smiths were the definitive band of the 80’s as well as Joy Division and New Order. These bands truly built Manchester’s reputation as the music hub of England. In the late 80’s and early 90’s the city came to be known as MADchester, the ecstasy-fuelled house music scene blew up and clubs like the famous Hacienda hit its peak. You will with out about hear about this club and the ‘Hacienda days’ all the time. Check out the film 24 hour party people so you can at least pretend to know what all the hype is about.

All in all, Manchester is a fantastic place. It is a vibrant and cultured city full of life. There is so much to explore so buck up, grab your rain boots and hit the cobblestone streets!