How much would United greats go for in today’s transfer market?

The football silly season is finally over. And it’s never been sillier. Jose Mourinho called it when he said that it wasn’t the deal for Neymar that was crazy – it would be the deals for average players that followed. Think £35m for Danny Drinkwater, £50m for Kyle Walker and a mooted £30m for Jonny Evans.

Roy Keane gave his usual opinion on the game he loved playing but seems so tired of now, telling The Irish Times that Ryan Giggs would be worth £2bn in today’s transfer market. But what would Giggs and other United greats really be worth in 2017’s silly season?

At his peak, the Great Dane was up there with the best keepers in the world. Looking back on his career he should rightly be regarded as one of the greatest of all time. If Ederson can go for just shy of £35m with one full season behind him, a winner of the Euros, Champions League and five Premier League titles would be over the £50million bracket – a world record for a goalkeeper.

Brucey’s a funny one. In today’s game, you’d never be captain of Manchester United and not play for England. Chris Smalling’s inclusion in the England squad is testament to that. Bruce was never the best, but he was a leader and a great servant for United. Harry Maguire, an uncapped English centre half, has just gone for a fee that could rise to £17m, so you’d have to put Brucey as a bargain just above that.

The man himself. When Keane moved to United from Nottingham Forest it was for a British transfer record of £3.75million. In the last couple of seasons, we’ve seen Pogba move for a world record £89million and Liverpool bid £70million for Naby Keita, eventually settling for £48million and an arrival next summer – two players who haven’t yet hit world class heights. In this context, a man who captained United to a historic treble must command a heavy fee.

When Giggs first burst on the scene as a teenager, he was the darling of the football world. We all know he went on to break every record there was to break in terms of appearances and trophies. But with Neymar moving at 25, Giggs should be judged in that context. At that age Giggs had just won the treble as well as five Premier League titles and three FA Cups. If Liverpool want £200m for Coutinho who has won nothing in England, imagine how much United would be asking for Giggs.

Scholes was always underappreciated in his time. During his playing days he was only heralded by his opponents and the fans inside Old Trafford. The column inches came once he retired. His United stats don’t lie but his curtailed international career may count against him.

There’s talk now of the Portuguese going for £150m in his 30s albeit with an unbelievable record at Madrid behind him. When he left United for Real in 2009, it was for a world record £80m – crazy at the time – for a Ballon d’Or winner who’d set the Premier League and Champions League alight and won both. If that transfer happened now, it would surely rival Neymar. 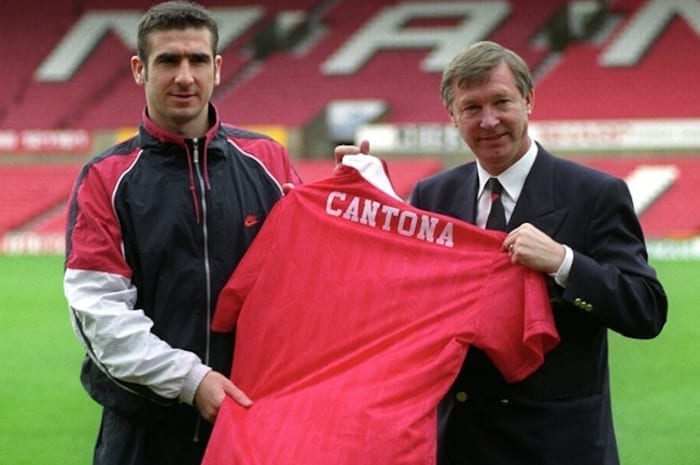 United signed Cantona for a snip at just over £1m – which was still a fair bit in 1992. When the Frenchman joined from Leeds he’d just won the title, was seen as a disruptive influence by the Elland Road hierarchy and was in the international wilderness with his country. Probably the best comparator in today’s market is Diego Costa, on strike at Chelsea, dropped by Spain, but a huge influence on last season’s title. There’s talk of between £30-£50m for him, which is about fair for a pre-United glory days Cantona.

World-class strikers are genuinely hard to find these days. United’s signing of Romelu Lukaku is now the British transfer record, but it’s hard to put him in the same bracket as the Dutchman. Ruud arrived and left a genuine world beater. He may have only won one Premier League title at Old Trafford, but he basically did it single-handedly winning Player of the Season and the Golden Boot that year.