The main attraction for foodies is The Live Cookery Theatre at the Festival Hub (a pop up food and drink village) on Saturday with a star studded line up of chefs. It’s free but you’ll need to get there early to get a good seat! The line-up is as follows:

The Spanish restaurant chain’s latest outpost has been wowing customers in Spinningfields since it opened in March. Instrumental in its success has been César García, who has benefitted from his seven years working alongside Michelin-starred exec chef Nacho Manzano. Like Nacho he relentlessly pursues a belief that only the finest Spanish produce should be used in creating Ibérica’s menu, allowing their flavours and textures to take central stage. Alongside his experience at Casa Marcial, César also worked at five star Hotel La Pleta by Rafael hotels in Baqueira-Beret, Lérida, as sous chef, Michelin-starred Las Rejas restaurant in LasPedroñeras, Cuenca, as chef de partie and Deloya restaurant in Oviedo, Asturias, as chef. An excellent opportunity to one of the most talented chefs working in the UK today.

Harry began his kitchen apprenticeship in Hong Kong at the age of 13, classically training as a dim sum, roast and wok master chef before joining the family business in Manchester as executive chef and making it one of the most celebrated Cantonese restaurants in Britain. It earned him the MBE in 2004 and, now in his sixties, he shows no sign of slowing down while overseeing the ever-evolving Yang Sing menus, cookery school and spin-off businesses.

Volta’s head chef, Alex Shaw, has previously worked at Michelin starred The Old Vicarage, The Wig and Pen in Sheffield and the Royal Box at the 2002 Commonwealth Games in Manchester. His cannily-compiled small plates have defined Volta’s meteoric rise as a culinary destination beyond the ranks of Burton Road bars, lauded by the likes of The Guardian’s Marina McLoughlin. They’ve also earned Alex a nomination as MFDF Chef of the Year 2015, and for Volta, a nomination in Best Bar and Best Restaurant categories.

Yorkshireman Simon is a highly experienced restaurateur with over 35 years of experience, most notably as executive head chef at Harvey Nichols, before opening his own highly successful restaurant El Gato Negro Tapas in 2005, after 10 successful years in London. It was at the time visits to the Basque Country and Catalonia inspired his ‘conversion’ to Iberian cuisine and contemporary take on it – honed to perfection at the Michelin-rated El Gato Negro, Ripponden, which is relocating to King Street in Manchester later this year. 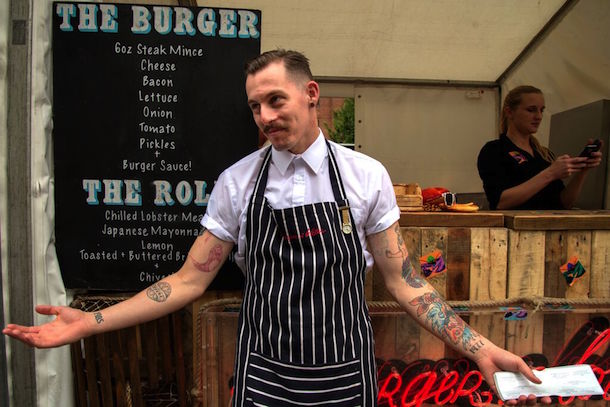 If you’re fond of beer, there are no fewer than 120 beers to choose from at the enormous beer bar that is the centrepiece of the Hub with the likes of new kids on the block Cloudwater, Runaway and Alphabet alongside relative veterans such as 7 Brothers and Squawk (formed way back in 2013!)

And on Sunday between 12-6pm at the Festival Hub it’s Green Grows The City, a collaboration between MFDF, organic co-op Manchester Veg People and the Moss Cider Project, offering a free hands-on, grow-your-own, make-your-own experience at the Festival Hub as part of a community focused finale!

The Veg people are bringing their own produce to a special market at the Hub, along with local restaurant partners they supply, Bistro 1847 and Urban Cookhouse, who’ll be providing cooking demos.

Moss Cider founders Dan and Joe will unveil their plans to source lost, hidden and rescued fruits from green spaces across Greater Manchester. One and all can have a go on their bike-powered apple crusher and traditional apple press – and even buy a bottle of their collaborative juice made especially for the Manchester Food and Drink Festival. 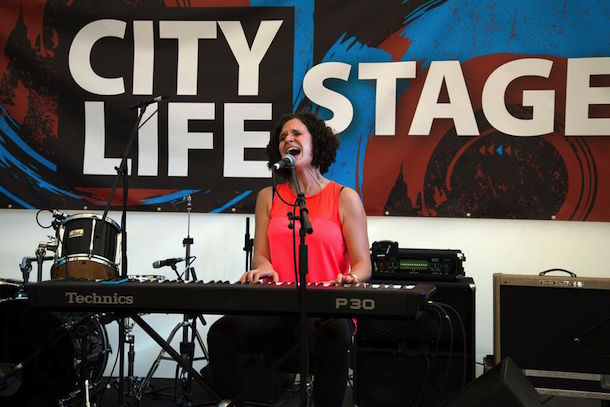 What’s more, The City Life Live Music Stage will be situated in the MFDF Bar Marquee at the free to enter Festival Hub on Albert Square. It will provide festival goers with that all important, fantastic live soundtrack to their beers, pizzas, cocktails, burgers, chillis, tequilas, cakes, mushrooms and more!

Living up to its Mancunian birthplace, music remains firmly on the menu at MFDF, and so attendees are invited to kick back and appreciate an eclectic, carefully programmed mix of local solo artists, psychedlia, reggae, folk, indie rockers, nationally acclaimed musicians and the odd indefinable fixture too.

The City Life Music Stage is programmed from noon till night and it’s all free. 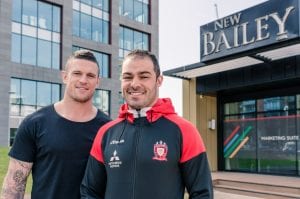 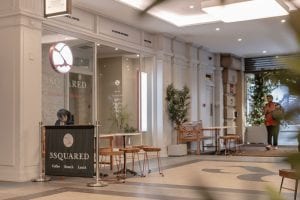