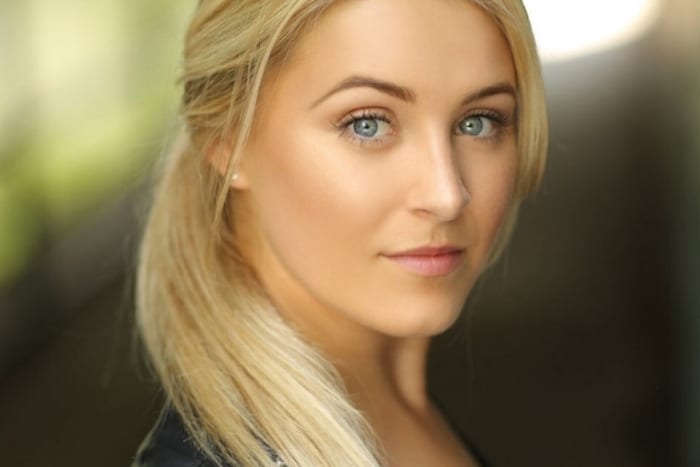 Mollie Melia-Redgrave is coming home for Christmas. The Salford-born actress is starring in Doctor Dolittle The Musical which is at The Lowry until January. She auditioned for the part with a broken foot, hobbled her way through the audition and got the part. Here she chats about acting for a living and what she loves about home.

What made you want to become an actor?

I’ve always wanted to do it. I was obsessed with Disney films like Beauty and The Beast when I was about three years old. I used to put a tea towel over my head and get a basket of flowers off the fire place and act out the whole of the opening number along with the film. I grew up watching my mum and my Auntie Sue in amateur dramatics and danced since the age of 2, which was totally my choice.

You auditioned for Doctor Dolittle with a broken foot. How was that?

I just told them I’d make a really bold character choice. Joking! I broke it way before the auditions so I knew that by the time rehearsals started in November I’d be walking fine again. I also had a triathlon to do in September so had lots to aim for. It was very funny though. I had to do scenes with Patrick (Matthew Mugg) and I’m meant to kiss and run away. I hobbled away in my moonboot instead!

Who do you play in the show?

I play Emma Fairfax. She is a strong-minded and passionate women, who is the niece of the infernal Lady Bellowes. She misjudges the Doctor at first, but is softened when she really gets to know Matthew, his assistant, and falls for his Irish charm. She is torn between leaving her aunt in Puddlesby and following her heart with her new found family aboard the Flounder. Safe to say, Emma is driven by the heart and her love of animals, so it isn’t a tough decision.

What attracted you to the show?

The fact it was being treated as a totally new musical and we had the opportunity to work with Leslie Bricusse and the creative team to adapt the piece into a more current way of telling the story. I’ve also never worked with puppets so that was super interesting.

He’s great. I think we’ve all learnt from each other. It’s been great to watch how he’s adapted the text to make things clear and truthful, and the discussions we’ve had about the story. He is a very clever man so his knowledge has been a great asset to the show.

How does it feel to be working at home for Christmas?

Just the best! Not only am I ten minutes away from home but we have Boxing Day off, which is an absolute winner. My mum and dad are so happy, which is lovely and means I get to spend quality time with all the extended family too! Plus The Lowry is a beautiful theatre and I’m so excited to explore Media City more.

Who are your favourite performers and why?

I grew up watching all the classics with Gene Kelly and Judy Garland and their effortless skills. Jenna Russell really cemented my ambition when I saw her in Merrily We Roll Along. There are so many people for so many different reasons, but nothing beats watching your friends across the industry perform and being so proud of them.

To just be yourself and bring your personality into the room. Someone once said to me that everyone in the room, be it in an audition or a performance, has bigger things going on outside this. We are all equal and paying bills and therefore you shouldn’t put yourself down or big anything up too much.

What advice would you give a young wannabe actor?

Enjoy it. There are times when you may be out of work so really appreciate it when you are given the chance to tell a story and make an audience feel something every night. Don’t be afraid to ask questions and have the courage to believe in yourself. If you don’t then they won’t. Don’t give up.

What do you love about Manchester and Salford?

Salford has really come into its own recently. I love the fact that ALL my family are here. I grew up desperate to perform in these theatres. I went to school and college in Salford and learnt all my skills here. I also feel that Manchester is so strong at the minute and there is a real bond because of everything tragic that has gone on in recent years and it makes me really proud how everyone comes together.

Well I haven’t lived there in 7 years so it has changed a lot! But I spent a lot of time walking around Worsley and Monton but this Christmas you will most likely find me at the Manchester Christmas markets, I haven’t been in so long. I am so excited!

Could I move it closer to London so I can have my cake and eat it?

Doctor Dolittle The Musical is at The Lowry from 11th December 2018 until 5th January 2019.