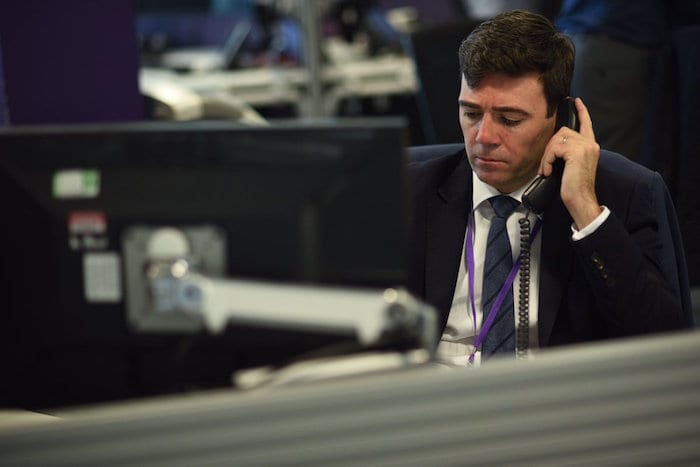 Just before 10am on he morning of 15th June 1996, a man with an Irish accent telephoned several Manchester-based news organisations and gave a coded warning that a bomb had been planted in the city centre. In the hour or so before the biggest bomb ever detonated on the British mainland in peacetime exploded to devastating effect, police had managed to shepherd 80,000 people to relative safety.

More than 200 people were wounded, but the fact that no-one was killed gave rise to legend of the “Miracle of Manchester”.

Last night there was no warning before the atrocious terror bomb attack on the Manchester Arena. There was no miracle. At least 22 people are dead and more than 60 injured with many children amongst the victims.

The contrast between the two attacks speaks volumes about how the nature of terrorism has changed. Back in 1996 the IRA saw fit to issue a warning, hardly gallant of them given the size of the explosive device deployed in a busy city centre, but perhaps it demonstrated an intention to avoid civilian casualties, however slender.

Moreover, in the case of the IRA it was at least possible to discern a political motive for the attack, however inexcusable the tactics.

But following what mayor Andy Burnham described as “Manchester’s darkest night” neither of those caveats apply. The prime intention of the suicide bomber with scant regard for human life – not even his own – was clearly to kill as many people as possible. Neither is it possible to fathom any possible aim which this act of terror was supposed to assist. Like the attacks on London and the wider world recently, this was pure nihilistic evil.

Please join us for a vigil at Albert Square at 6pm tonight. We are grieving today, but we are strong. @MENnewsdesk @BBCNWT @GranadaReports pic.twitter.com/opMjK0jFuT

It’s even possible, but nonetheless horrific, to believe that the young girls attending Ariana Grande’s concert at the area last night were deliberately targeted precisely because they were young girls enjoying pop music and in all probability, dressed for the part. It’s highly likely that this was an attack on our culture as well as our people by the same dark forces that threaten to murder girls who have the audacity to seek an education.

If there was no specific warning before the bombing of the arena, we had been warned. Security services have long been saying it was not “if” the next atrocity was coming but “when”. There have been reports that plots to attack the Manchester Arndale Centre and Old Trafford football stadium have been thwarted.

Tragically, this one got through and it seems to have been meticulously planned. The timing of the explosion, as fans were leaving the auditorium en masse, was probably deliberate. And the exact spot in the foyer where the bomb was detonated would not have required the bomber to confront security and enter the arena proper.

So terror has changed beyond measure. But one thing that has not changed – will never change – is the superlative reaction from the people of Manchester. Hotels, restaurants and bars through open their doors. Taxis ferried frightened concert goers to safety.

As mayor Burnham said in tribute: “Even in the minutes after the attack they opened their doors to strangers and drove them away from danger. They have the best possible response to those who seek to divide us. And it will be that spirit of Manchester that will prevail and hold us together.

“I’m so proud of them, people responding with generosity.”

City council leader Sir Richard Leese, in office for just three weeks when the IRA struck in 1996, said: “Manchester has had some dark days in the past but I can’t think of anything that matches the horror of what happened last night. But the community is coming together and we will not allow this to divide us just as we have not allowed events in the past to divide us.

Andy Burnham has spoken outside Manchester Town Hall with @SirRichardLeese this morning. pic.twitter.com/BsYcpE6YLn

“As the citizens of Manchester demonstrated last night when they came out to give support to people whatever their needs were, this city will pull together and we will make sure the city will go on from strength to strength. A dark day yes, but something that Manchester, in its own unique way, can turn into a strength for us as a city by working together.”

We have been here before. When Manchester was shattered 21 years ago, the city was rebuilt. Rebuilding the lives of shattered families who have lost loved ones will be far more difficult.