Wrestling is back on ITV after a break of 30 years, in case you hadn’t noticed.

But if you want to watch some live wrestling action, head off to the Longfield Suite in Prestwich on Saturday August 18th where a homegrown professional wrestling promotion will be celebrating its 14th birthday with an epic card of action.

Formed in 2004 and starting in front of a handful of fans, Future Shock has grown to be recognised as one of the top companies on the thriving UK independent wrestling scene.

“I couldn’t be happier to be hitting that 14 years milestone,” says owner and promoter Chris Brooker. “I was a fan for many years and then I started to run the company two years ago.

“When Future Shock first started in Stockport Guild Hall, there was a bed sheet over the entrance way and 14 people in the crowd – so to last a year, let alone 14, is quite an achievement.” 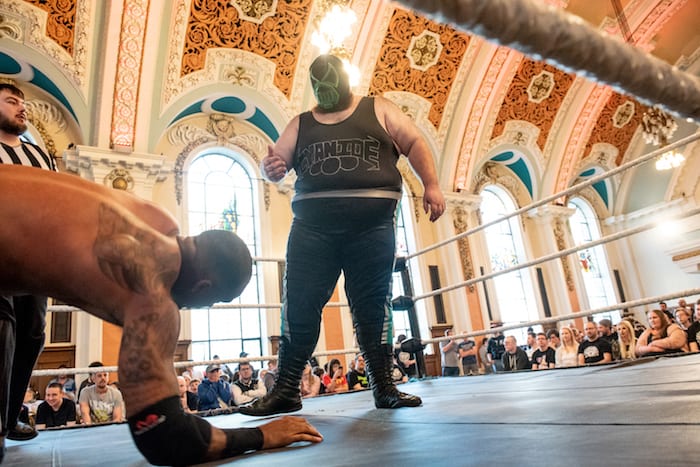 It all began with a group of lads who just wanted to wrestle somewhere.

“Back when Future Shock started there wasn’t really anywhere to train in this part of the world so a group of lads got together and decided they needed somewhere to learn, got people in to teach them and then eventually it took off,” says Chris.

“Through what they’ve learnt with training this became a main stage in the north west and to see our guys go on to compete for WWE around the world as well as to see the way they’ve inspired those coming up, that’s incredible.”

Proud to be family-friendly and to carry a rich legacy of professional wrestling in the north west, Future Shock combines tradition with cutting edge action to create an action-packed live experience.

“What you’ll find is that wrestling was bigger in Britain than it was in America for a very long time,” says Chris.

“From the 40s up to the 80s it was one of the highest rating shows on ITV. It attracted millions of viewers and it was very much part of the Saturday evening viewing.”

What makes British wrestling special is the way they “play the game”, says Chris. 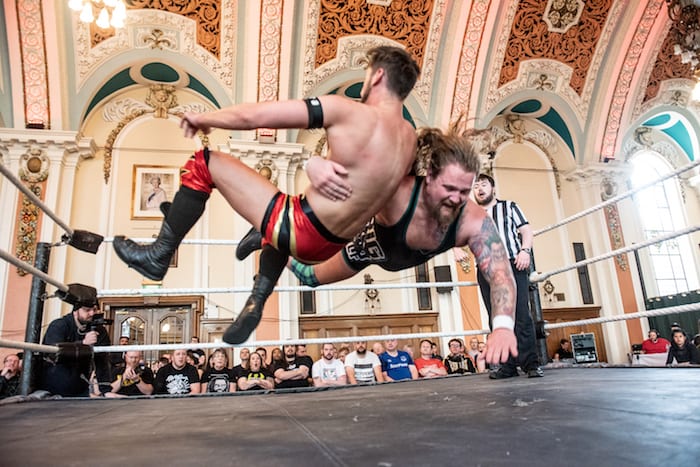 “You see local stars being flown all over the place – Japan, America, Mexico and Europe – not just to compete but to teach everyone the way that we do things here.”

“They were there on the first show and they’re still wrestling with us today. Once it started to grow, more and more folk became part of it.

“I think that like all the good things in life it started with passion and it grew into something special.”

Every anniversary show has been an event to remember, says Chris. And this year’s event will be no exception.

In the main event, champion Ashton Smith will defend his title against Cyanide who is so confident of a victory that he’s promised fans he will remove his trademark mask if he does not become champion.

As long standing pioneers of women’s wrestling, Future Shock’s women’s championship will be contested in a feature bout.

Doors will open at 5pm and the first bell will ring at 6.15pm in what they promise to be hard hitting, heart stopping and high flying action featuring larger than life characters that are sure to make a lasting impression.