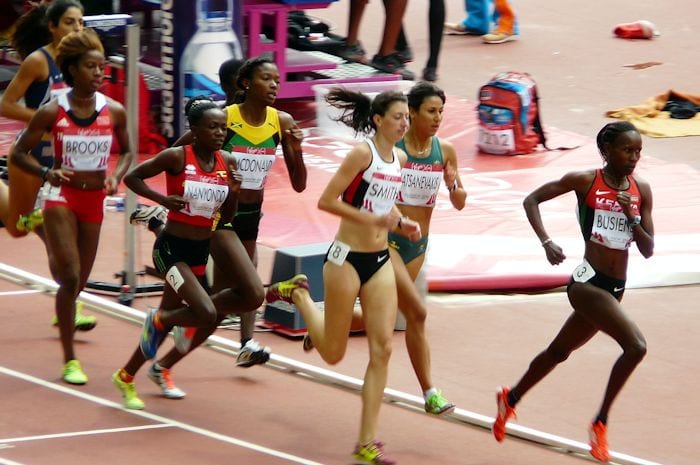 Twenty years on from Manchester hosting its spectacularly successful Commonwealth Games in 2002, top Commonwealth athletes could be competing in the city once again – if Liverpool’s bid to stage the 2022 event is successful.

Liverpool mayor Joe Anderson, who launched the city’s bid for the games after the government called on UK cities to draw up plans to host the event in place of Durban, tweeted: “Liverpool happy to work with Manchester to secure Commonwealth Games for the North West.”

The Reuters news agency quoted a Manchester city council spokesman as saying: “We welcome the announcement that the government is supporting a UK bid to host the 2022 Commonwealth Games. Manchester, which hosted a memorable games in 2002 with a successful legacy, has always considered itself part of the Commonwealth Games family and remains happy to help if called upon to do so”.

A statement from Britain’s Department of Culture, Media and Sport on Friday said such cooperation would be accepted as part of the process.

“The government will consider multi-city proposals, as well as applications from individual cities which will be assessed to ensure they offer value for money. The process will end later in the year when the government will decide if the UK will put forward a formal bid,” read the statement.

The South African city, due to host the event, was stripped of the right last month after missing key deadlines and running into major financial problems. Over the weekend the British government announced they would consider backing multi-city proposals, stressing that ‘value-for-money’ would be a key factor.

A Liverpool-Manchester collaboration would involve an unprecedented joint bid, but make complete financial sense, as Manchester has ready made state-of-the-art sporting facilities that it would be ridiculous to duplicate just 30 miles away.

Manchester’s matchless Velodrome, close to what is now the Etihad Campus, was built ahead of the city’s bid for the 2000 Olympics and has since been the epicentre of the UK’s massive cycling success. The city offered the facility for London 2012 but the capital’s bid team decided to build their own.  Manchester’s Aquatics Centre, near the University of Manchester, was built especially for the 2002 Commonwealth Games.

Liverpool’s 2022 bid could see track and field athletics staged at a new waterfront stadium which would eventually provide a home for Everton Football Club.

The former City of Manchester Stadium, originally seating 38,000, was built with a temporary stand at one end which was removed after the Commonwealth Games to allow heavy machinery to take up the running track, dig down another tier and increase the capacity to 48,000 for the stadium’s new tenants, Manchester City FC.

The Commonwealth Games Federation is due to decide where the 2022 Games will be staged later this year. Liverpool has already begun putting together a bid team headed by former English Football Association chief executive and current Rugby Football League chair Brian Barwick.

There will, however, be serious competition. Birmingham has reportedly set up a bid organisation whose effort is expected to be backed by the city council’s cabinet. Sydney and Melbourne in Australia, Toronto in Canada and Malaysian capital Kuala Lumpur have also been mentioned as possible rivals. The 2018 games will be staged on the Gold Coast, Queensland, near the city of Brisbane.

All could be serious contenders. Both Sydney (2000) and Melbourne (1956) have already hosted the Olympics and Toronto is seen as a future bidder. Kuala Lumpur’s Commonwealth Games of 1998 was a game changer.

When Manchester bid for the 2002 Commonwealth Games in 1993 after losing out on its Olympic bid, leaders may have imagined that the 1994 games in Victoria, British Colombia was the model, featuring facilities “borrowed” from the local university and temporary stands.

Kuala Lumpur changed all that with the then Malaysian prime minister Mahathir Mohamad “the father of modernisation” determined to use the games as a demonstration of the county’s “tiger economy”. The bar was raised many notches and Manchester had to follow.