Manchester restaurants sign up to campaign to raise funds for homeless 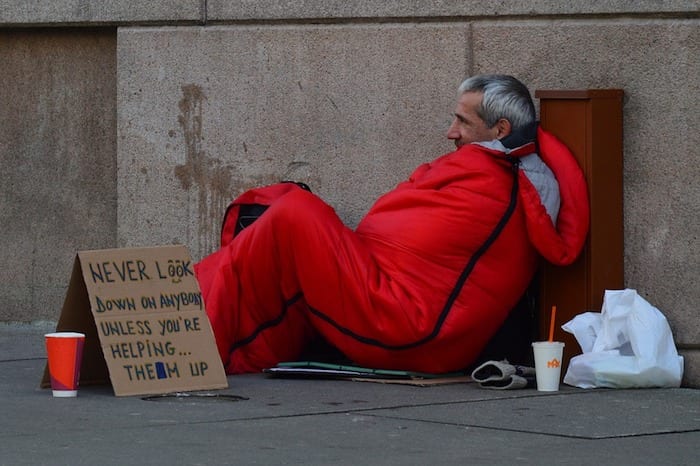 Some of Manchester’s most popular restaurants are getting together to give the biggest Christmas present yet to local homeless charities.

They are taking part in StreetSmart, a national campaign which adds £1 to customers’ bills in participating restaurants throughout November and December.

The money raised will be collected in January and donated to Greater Manchester Mayor Andy Burnham’s Homelessness Fund to support the fight against rough sleeping and homelessness in Manchester.

With a range of Manchester’s best restaurants participating in the campaign, small donations add up and can make a serious impact on the lives of local homeless people.

Last year StreetSmart raised over £16,000 for local homelessness charities, helping to make possible the often lifesaving projects and work of organisations including The Booth Centre, Barnabas and The Wellspring – organisations which are focused on helping individuals break the cycle, regain their dignity and rebuild their lives via positive action, as well as providing crisis and emergency shelter and food.

“The vital funds raised help us to provide our catering training project which supports people with experience of homelessness to undertake work placements and training in our centre’s kitchen,” says Amy Hinks from The Booth Centre.

“The project also helps to provide a nutritious breakfast and lunch for around 100 people each day who visit the Booth Centre for support. The StreetSmart initiative is making a big difference to the lives of homeless people in our city.”

Every single penny raised will go to local homeless organisations, thanks to the generosity of sponsors Deutsche Bank. The £1 donation is voluntary and the amount is the same no matter how big the party of diners.

“We’re delighted to be partnering with The Mayor’s Fund in Manchester” says StreetSmart director Glenn Pougenet.

“We’re all working towards the same vision, which is to end homelessness in Manchester. We’re incredibly grateful for the support of the restaurants who have signed up this year. Their participation directly impacts on the lives of the homeless in the city.

“We’d be delighted to have even more join in so if you run a restaurant and would like to help the homeless this Christmas please get in touch!”

StreetSmart runs from 1st November to 31st December. A full list of participating restaurants and charities can be found at www.streetsmart.org.uk.