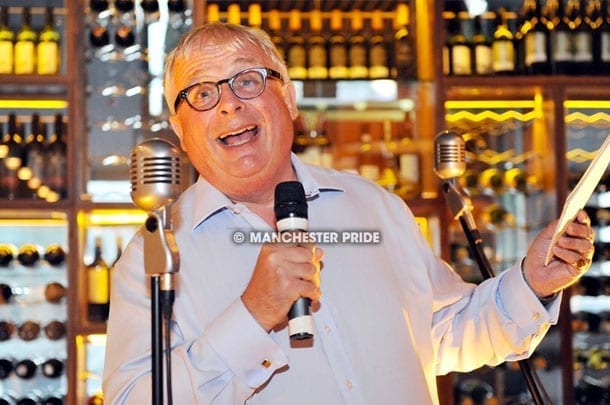 A cocktail competition which is running this month to raise money for Manchester Pride’s Community Fund.

Manchester Pride approached bars and restaurants across the city to get involved with the drinks competition and create a cocktail that best represents Pride to commemorate International Day Against Homophobia, Transphobia and Biphobia (IDAHOT).

Twelve bars – The Alchemist on New York Street, Black Dog Ballroom NQ, Black Dog Ballroom NWS, Dog Bowl, Apotheca, El Capo, The Whiskey Jar, Gorilla, Via & Polari, Taurus, and The Garratt – put their mixologists to the test and are selling their Pride Cocktail throughout May 2014.

The Whiskey Jar – The Pink Panther, £8

£1 from the price of each drink sold in May is being donated directly to the Manchester Pride Community Fund, which supports LGBT and HIV organisations in Greater Manchester.

Those sampling cocktails are asked to share a picture of them enjoying it on social media, using #DrinkWithPride and one worthy winning cocktail will be chosen by an expert panel of judges to be crowned the ‘Official Manchester Pride Cocktail’.

Chief Executive of Manchester Pride, Mark Fletcher said: “It’s great that so many bars and restaurants have got behind the competition and have created some delicious cocktails for the people of Manchester to enjoy.

“We’re encouraging people to sample the Pride Cocktails, responsibly, before 31 May and tell us their favourite on the Manchester Pride Facebook Page.”

To vote for your favourite cocktail, visit manchesterpride.com/our-events/idaho/drink

The winning cocktail will then be served across the festival bars over the Big Weekend in August 2014.

Manchester Pride is an award-winning festival for lesbian, gay, bisexual and transgender (LGBT) people. The festival will take place throughout August, with the Big Weekend running from Friday 22 – Monday 25 August 2014.