Manchester pictured as you’ve never seen it before

These are the places. But can you spot them in a just-launched new artwork featuring many of Manchester’s iconic buildings?

The work, entitled The Manchester Way by internationally renowned artist Keith Drury, is remarkable not just for its amazingly detailed dreamlike imagery, but also for the futuristic technique that the artist deployed to create it.

Keith generates his colourful images using sophisticated computer 3D modelling. He uses 3D software and a touch-sensitive drawing board to mould pieces of virtual plasticine into buildings, vehicles and other objects. Every single element in the pictures is a virtually moulded 3D model – even the tiny clouds. 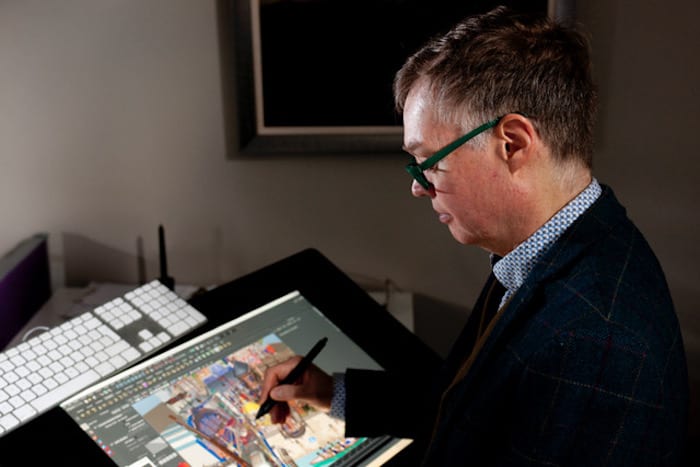 “Each individual model is incredibly detailed – you can even virtually go inside the little houses to look through the windows and see the view outside,” says Keith.

“The first process is sculpting, then colouring, then picture composition.”

Learning to use the sophisticated software took Keith “about 2,000 hours” and each picture, started from scratch, can take up to three months of long working weeks to finish.

Keith began by depicting places in his native Northern Ireland and after their success, decided to focus on English cities.

He has already published pieces featuring London, Bristol and Liverpool, as well as major Scottish cities.

Asked why he decided to publish the Manchester artwork, Keith said, “Manchester is a vibrant, exciting and diverse city which has influenced culture, change and industry through the UK and deserves to be celebrated.” 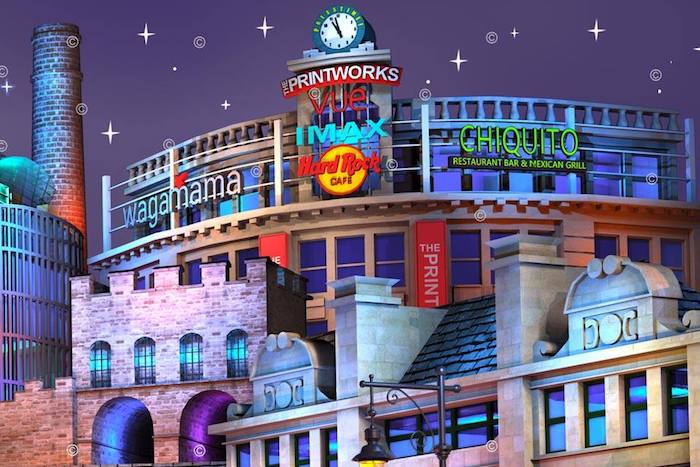 He has also included references to Manchester’s music and football traditions in the work.

Prior to his career as an artist, Keith worked in publishing as a book designer and taught himself to use the complex Autodesk computer program also used by Disney Pixar animators. He went on to develop his own unique style of cityscapes and urban landscape imagery. 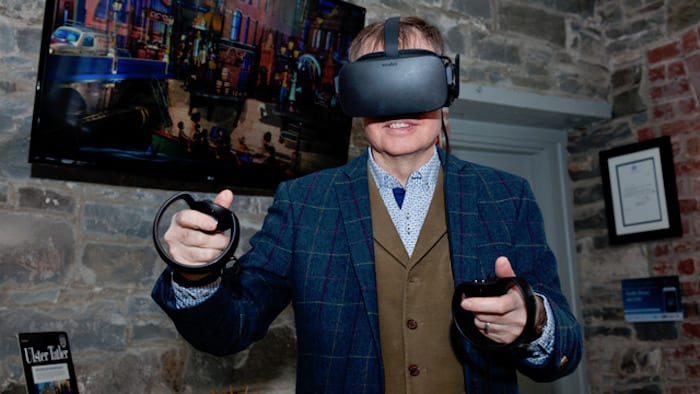 In 2007, Keith was commissioned to paint world-renowned Brazilian footballer, Pele, and presented the artwork to him in Dublin.

In 2016, he was honoured to have his London Way artwork presented to HRH Princess Anne at Buckingham Palace. “Well, her mum’s house is in it”, he quipped.

The most unique aspect of Keith’s artworks is how easily they can be customised.

“Once I’ve made a picture for the first time it’s very easy to personalise it for a specific customer,” he said. “People come to me and say, ‘I really like this artwork but can you place that building here instead, change the colour of that house and put my sister’s name on that little van?’.

“Once I’ve made the objects and buildings for the first time it’s then very easy to make changes and people don’t have to pay thousands of pounds extra for it – just £70 or £80 in addition.”

The Manchester Way can be purchased from the Generation Gallery on New York Street, Vermillion Galleries in Knutsford, or from Keith’s own online shop priced from £99.