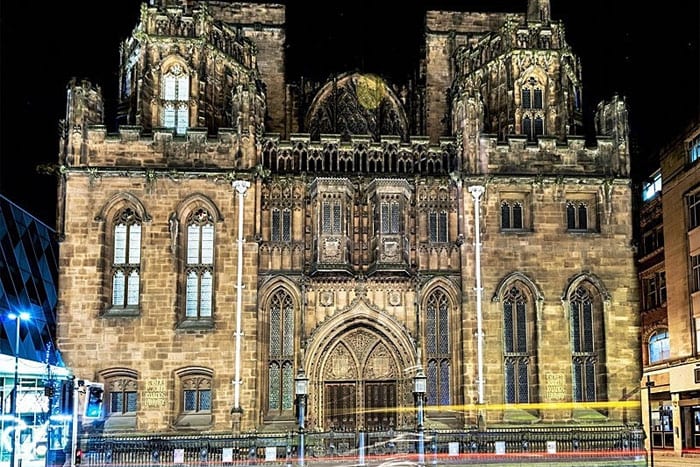 Manchester is putting on a gothic spectacular this month as part of this year’s Gothic Manchester Festival.

The theme of this year’s festival is style. That means fashion shows, fantastical films, a creepy conference and much more, with gothic-inspired events taking place in venues across the city in the run-up to Halloween. And most of them are free.

Gothic isn’t just a way of dressing. The term itself describes both a style and cultural movement.

It’s a style of architecture originating in the medieval period featuring buildings with pointed arches, spiralling towers and dark details. Chetham’s Library is a good example.

Gothic got its grip on Manchester again in the Victorian era. Cultural figures like John Ruskin were championing gothic as the purest architectural form and many public buildings were built in the old, eerie style. 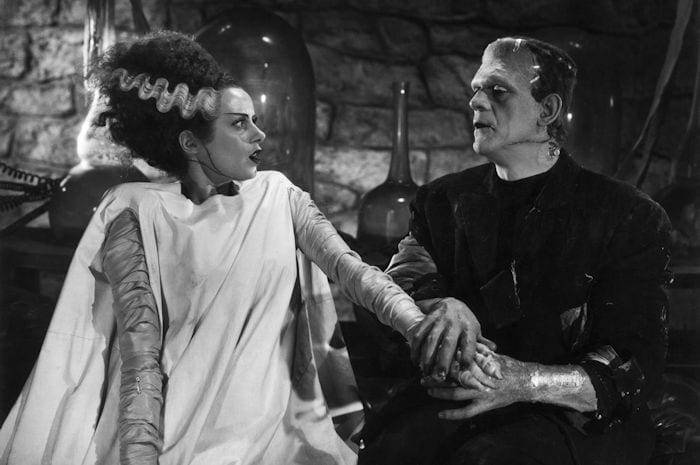 Alfred Waterhouse designed buildings like the town hall in the gothic style whilst Basil Champneys was the architect behind the John Rylands Library, another Victorian neo-gothic masterpiece.

If you look carefully at the cathedral, there are wodewoses – gothic wildmen covered in hair and armed with clubs – carved into the stone.

Now gothic style is all over the city from the fashions in Afflecks to authors here working on Gothic-inspired texts, like author Andrew Michael Hurley with his novel The Loney.

Events kick off at The Dancehouse with a rare double bill of two 1930s horror classics – Frankenstein and Bride of Frankenstein – on Tuesday 24 October, as part of the Design Manchester Festival. The screening will be introduced by Sir Christopher Frayling, whose new book Frankenstein– The First 200 Years heralds the bicentenary of Mary Shelley’s 1818 novel.

Then more freaky films as on Wednesday 25 October at 70 Oxford Street for a screening of 2016’s cinematic tale of beauty and horror The Neon Demon.

Get your goblet outs for a wine reception to celebrate the launch of 2017’s Manchester Gothic Arts Group’s exhibition Black is Such a Happy Colour.

Or perhaps you fancy getting your teeth into a talk? Join music and Gothic culture expert John Robb author of soon-to-be-published book The Art of Darkness and Dr Claire Nally from Northumbria University on 26 October for a discussion which delves into the gothic past and present.

Also on Friday, Rosie Garland will be reading from, and signing copies of, her new Victorian Manchester-inspired book The Night Brother inside the historic and haunting setting of John Ryland’s Library Reading Room.

Events continue into the weekend with the much-anticipated Gothic Style(s), Gothic Substance conference – a ticketed event chaired by Dr Linnie Blake – followed by The Manchester Centre for Gothic Studies book launch and wine reception, both at 70 Oxford Street.

Sunday isn’t a day of rest but a chance for you to get behind the gritty history of the city  with a Gothic Manchester Walking Tour when local guide Anne Beswick will be ready to take you on a walk like never before. Be sure to be book your ticket in advance via Eventbrite or email mabeswick@hotmail.com

And there’s a Gothic Styles Street Fashion Show in Exchange Square on Sunday evening from 6pm in association with the Sophie Lancaster Foundation.

This event is part of Manchester BID’s big Halloween in the City event and a chance to be part of a unique experience as goths, punks, steampunks strut their stuff, complete with DJs, in an evening hosted by Rosie Lugosi The Vampire Queen and Manchester’s monochrome drag star Liquorice Black. What a way to go.

The Gothic Manchester Festival is organised by The Manchester Centre for Gothic Studies at Manchester Metropolitan University and starts on 24 October. For more information click here.