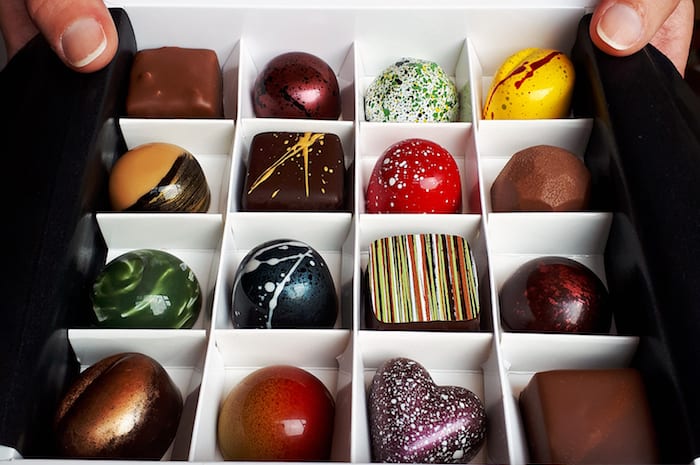 Good news nearly always means gifts of chocolate – and Éponine, a young Manchester-based chocolaterie has a lot of great news to celebrate!

Éponine was set up three years ago by married couple Chris and Natalie Sibthorp and has taken the world of luxury confectionery by storm, scooping nine prizes at the 2018 Academy of Chocolate Awards.

The Academy, which is one of the most prestigious bodies in chocolate-making and has Michelin-starred chef Michel Roux as its patron, named Éponine its Rising Star back in 2016.

Since then they’ve really lived up to that name, and have won a total of 30 awards since they left their jobs and started creating bonbons professionally.

This year, they’ve had unprecedented success and won an award for each chocolate they entered – three golds out of only 11 awarded, as well as five silvers and one bronze. The flavours that took top prizes were the Japanese yuzu-infused ganache, and two pure plain chocolate truffles – the first sourced from Honduras, the other from Guatemala. Out of total of 1,200 entries, Éponine came out on top. 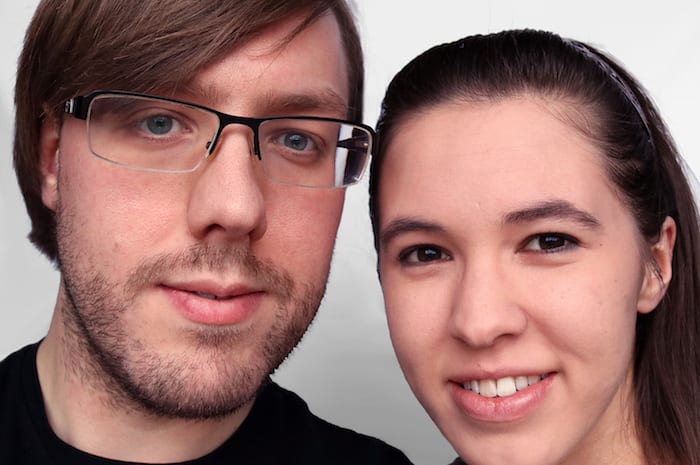 Their pure chocolate bonbons are especially amazing thanks to their own specially made ganache. Chris spent six months using his scientific prowess to redesign the whole recipe, creating a truffle with a perfect texture and flavour.

Their other creations showcase their creativity and flair – with infusions of Earl Grey and blueberry, caramelised mango with chilli and lime, and even a full strawberry cheesecake refined into a bonbon.

This year’s awards are being presented at Claridge’s Hotel in London in July, where Éponine are in with a chance of winning some of the Academy’s special awards. They include the Golden Bonbon for best chocolate truffle, and the Golden Bean for bean-to-bar creations.

I asked co-owner and chocolatier Chris Sibthorp about what set them on the path to confectionery stardom.

Why did you decide to start creating your own chocolate?

We were always fascinated by high-end patisserie, so chocolate work was a natural extension of that as the two go hand-in-hand. It started out as a hobby and got more and more serious until we decided that we wanted to do it full-time. I was very lucky at this point because, despite having no formal training, I was given the opportunity to spend some time working in some amazing pastry kitchens right up to multi-Michelin Star level. This really opened my eyes to the industry and the standard of food that was out there. It also confirmed that this was an industry I was really passionate about, so we started up Éponine, where we try to bring those standards to our own creations.

Which creation are you most proud of?

At the moment, it’s our craft chocolate range. We’re using some of the best and most unique chocolate couvertures in the world. It took us over six months to develop a special recipe to bring out their full flavour in a ganache. The first two we made both received Gold Awards this year at the Academy of Chocolate Awards, and we’ve just finished the third in collaboration with Dormouse Chocolate. They’re making some amazing bean-to-bar chocolate and are also based in Manchester, so we were able to work really closely with them which was wonderful. The last chocolate is still under wraps until we release the full range in the next few weeks.

Where do you find inspiration for your flavours?

Desserts are always a great source of inspiration because you get combinations of flavours that already work on a bigger scale. Our Strawberry Cheesecake bonbon is literally a full strawberry cheesecake compressed into a chocolate, with three different layers of strawberry gel, cheesecake white chocolate ganache, and a biscuit praline base.

Where are your quality ingredients sourced from?

Quality is our main priority when sourcing any ingredient, so we have a lot of different suppliers and cherry pick the very best from each. We go to extreme lengths sometimes. Recently we were having trouble getting really good vanilla, so we started having it specially imported. It costs a fortune but it’s the best in the world and we can trace it right back to the plantations in Tahiti. Our chocolate is mostly from Valrhona, a French company who make amazing chocolate that you’ll find in Michelin-starred pastry kitchens all over the world.

What makes Eponine’s ganache different from others?

The quality of the ingredients is paramount, and we only use real, natural ingredients with no essences or artificial boosters. A lot of chocolatiers only use a few different chocolates, but we can be using up to 30 at a time across our range. This is more challenging but means we can pair each ingredient with the perfect chocolate to bring out its full flavour. Then, it’s down to the recipe and the techniques used to create the ganache, which we’ve put a lot of time into developing. We both came from science backgrounds before getting into chocolate, and have used that experience to break down the traditional ganache recipe and rework it. This has created some really unique techniques that I don’t think anyone else is doing right now.

What do creators have to do to win the special achievement awards at July’s ceremony?

There’s a few different categories such as Best Newcomer and Rising Star, which is given to new or small companies doing exceptional work. The big ones are the Golden Bean and Golden Bonbon. We received three out of only 11 Gold Awards in the bonbon category this year. This gives us a shot at the Golden Bonbon, but the other Gold winners are also exceptional chocolates, so it will really be down to the judges’ preference on the day.

Any exciting plans for the future?

Vegan bonbons! We’ve been working on these for a while using techniques we developed for other chocolates. We wanted to create vegan friendly bonbons which can sit alongside our non-vegan chocolates and be enjoyed by everyone. All the recipes we’ve developed actually benefit from being vegan, so there’s no compromise on quality. We even snuck our vegan raspberry chocolate into this year’s awards without telling anyone, and it won a silver medal! We’re very excited to be releasing this collection later in the year.

Where can Manchester shoppers get hold of your award-winning chocolates?

We’ve been looking for somewhere to start a chocolate shop, but the high street is in a tough spot at the moment. For now, we are based online, and you can find our full range online. We also exhibit at artisan food and speciality chocolate shows around the UK. Keep an eye on our events list to find out where we’ll be popping up next.