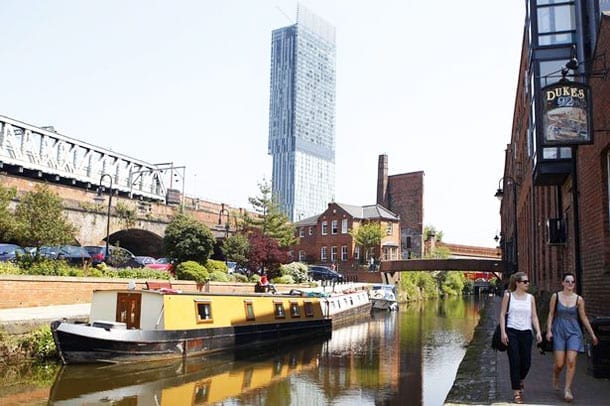 Which is the tacit call to arms to all British people to hit the garden and fire up the barbecue. Or the beer garden, where they can develop an uneven tan and minor sunstroke.

From Dukes 92 to the roof of The Deansgate, or the terrace at Restaurant Bar and Grill to the tables and chairs outside Hanging Ditch, Mancunians are now determined that whatever we are eating or drinking, we must be sitting outside.

I popped in to Common in the Northern Quarter for a beer the other night, which was totally deserted inside, but had 184 people crammed onto the pavement outside, craning their necks towards the vitamin D.

You have to admire the determination of people.

The outdoor beer garden of Oast House was rammed last Friday lunchtime, with people who had clearly written off the idea of going back to work.

But we seem to have gone from a city with hardly anywhere decent to sit outside to one with a plethora of al fresco options now. 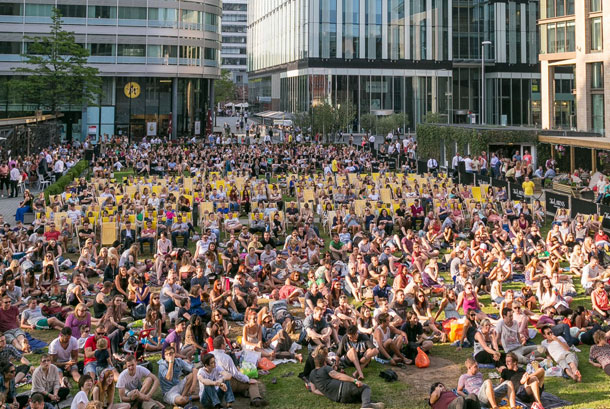 Castlefield, Spinningfields, Great Northern and Peter Street, Deansgate and John Dalton Street, the top end of King Street, Albert Square, Exchange Square and the Northern Quarter. Let us unite as a city and sit outside. Let us shun the need for sun cream in favour of sharing platters and pink wine.

Let us swear collectively at charcoal briquettes that simply won’t light, and fight over packets of burgers in the supermarkets.

A sea of people eating and drinking outside really gives the city centre a fantastic atmosphere though, and there are some great spots to choose from now. My favourites?

I like the beer gardens in The Wharf, The Deansgate, The Angel and the Marble Arch, and the private terraces at Manchester House are great too. 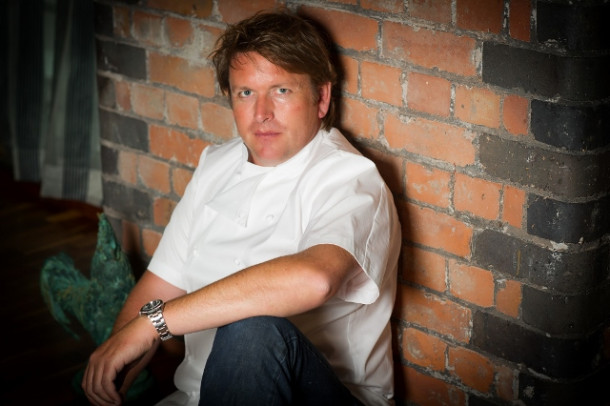 Telly chef James Martin has weighed into the row over the BBC’s recent Restaurant Wars documentary.

Martin was less concerned about the way Manchester was presented and more about the issue of food waste – and how it was portrayed.

Manchester House chef Aiden Byrne said Manchester House couldn’t donate the £4,000 of food they had to bin after a pre-opening dry run, because they weren’t registered with homeless charities.

“When you’re making a programme like Restaurant Wars I know that things are edited a certain way, but I didn’t like it, I didn’t like what it represented and I didn’t enjoy it,” he told the Manchester Evening News.

“When you have a scene where you serve food for a restaurant full, but then chuck it all away, I don’t like that at all, I was horrified to watch it.”

Martin said a Michelin star was far away from his own mind though, because ‘they’re not the be all and end all.’
“I’ll let those two guys battle it out for the Michelin star, I’m concentrating on serving great food to my customers.

“I’m not about accolades and stars,” he said. 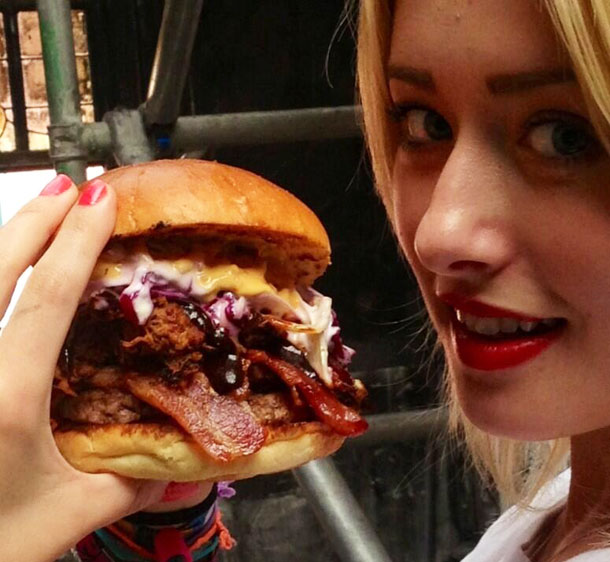 I keep waiting for the city to reach a tipping point when it comes to the current obsession with and appetite for Americana Man v Food style dining.

But it never comes.

At Almost Famous, they now serve a burger with beef Monster Munch in it. And one with bacon Frazzles. The obvious progression is Wotsits or Space Raiders.

I also had a game of bowling and lunch at Dogbowl at the weekend, where my friend opted for the bowl of 20 chicken wings.

I don’t know about you, but I’m hankering after a salad. And a pair of slightly bigger trousers.