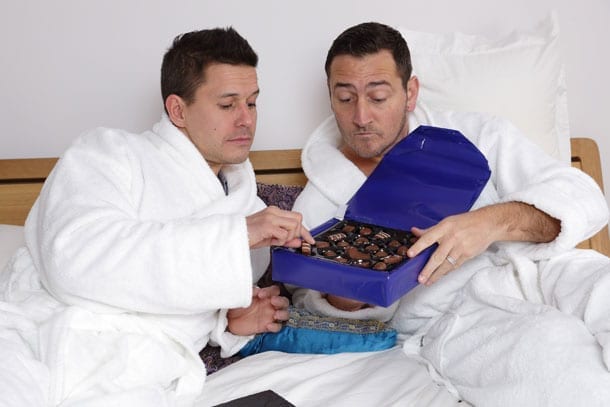 Popular drinks brand Lambrini has seen a growing demand for the sparkling party drink with a male audience. After conducting research in to the changing trends of what it means to be masculine the brand has made the move to launch a male focused product; Ladbrini!

According to the Ladbrini Report* – a new piece of research into modern masculine identity by drinks brand Lambrini –most blokes no longer consider themselves to be a ‘man’s man’ with 34 per cent admitting they aren’t traditionally masculine and a quarter saying they’d like to be more butch.

And the majority of those quizzed – 70 per cent – reveal they aren’t afraid to show their feminine side.

“…you can be a real man and enjoy pampering yourself.”

Asked to define what makes a real man in 2013, they opted for a mixture of old and new activities with almost a third (30 per cent) saying they loved traditionally girly activities like bubble baths and baking.

A further one in ten admits loving pedicures and manicures, while one in eight is a big fan of face masks. 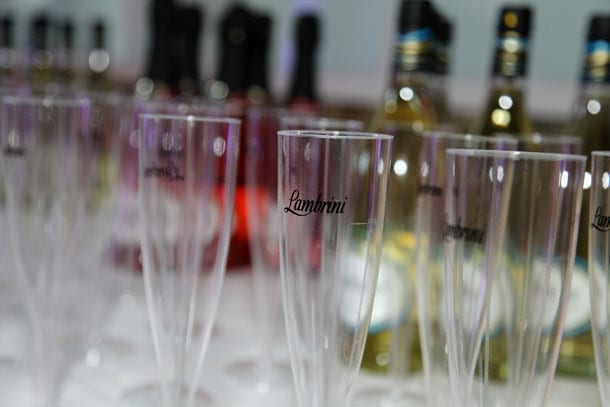 According to both men and women, offering to carry your shopping (27 per cent), taking you out for dinner, dealing with spiders (22 per cent) are all essential ‘real man’ qualities.

More traditional tasks like firing up the barbecue (26 per cent), changing a tyre (25 per cent) and investigating strange noises at night (30 per cent) all featured too.

Other ‘male’ pursuits like survival skills seem to be dying out. So although half of all men asked said they could make a fire, only 39 per cent thought they could build their own shelter and just 26 per cent would be confident of catching their own dinner.

A startling one in six (17 per cent) admitted they’d struggle to cope in the great outdoors as they hate the cold and the dark.

Speaking about the findings, Lambrini and Ladbrini brand manager, Lorna Tweed, said: “We have always been aware of our male Lambrini audience, and as our research shows, a large amount of men enjoy indulging their feminine side. With this in mind, men no longer need to feel embarrassed about luxuries reserved just for girls, with the research revealing women actually like a man with feminine qualities. This new breed of man can now learn to love their feminine side, in true ‘Lad-brini’ style.” 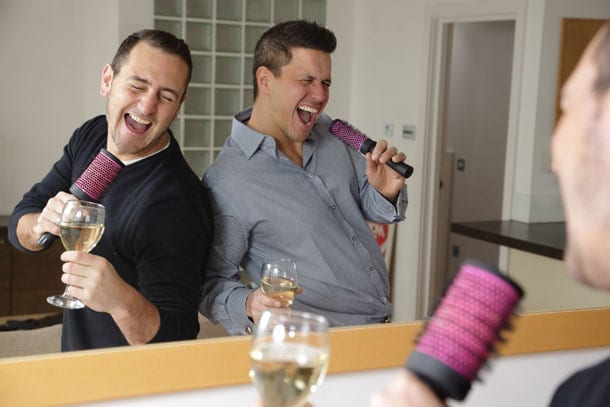 They’re famous for playing ‘Jack-the-lad’ types who love to indulge their macho sides.

But in real life, actors Will Mellor and Jeremy Edwards are happy to admit being part of a new breed of real men.

As Will, 36, explains, like most of his pals he’s as happy at home with the kids as he is being out with his mates.

“The old view of what makes a ‘man’s man’ has completely changed from how it was a generation ago,” he says.

“These days men are happy to play their part at home and to be an active parent. For me, being a real man means putting my daughter to bed as much as anything else.”

Jeremy, 42, adds that basic grooming is now the norm too.

“Real men are expected to take care of themselves these days,” he explains. “Moisturising is just part of the everyday routine for most people – then there’s facials and massages – you can be a real man and enjoy pampering yourself.

“Women want a man who takes pride in his appearance and we all have our guilty pleasures – we all like a nice pedicure now and again.

“Of course, there are limits – if you’re spending more time getting ready than your other half then you might need to have a word with yourself!”

As he says: “Things are very different even from 20 years ago – especially when it comes to relationships with women and personal appearance.

“So while there is room for being macho at some times, these days a real man is expected to be more metrosexual and in touch with his feminine side as well.

“Greater equality between the sexes means greater partnership between men and women – so there aren’t male and female jobs anymore.

“Things like cooking are real pleasures for men these days but there are more modern skills too.

“I think a real man has to be tech-savvy and take a pride in how he looks. There’s been a return to old-fashioned grooming, the kind we say in the 1940s and 50s and I love that, it’s about looking smart and well turned out, a move away from the laddishness of the 1990s.”

Jonathan Ward, 36, a digital specialist, has also experienced this shift.

As he says: “There isn’t a one size fits all when it comes to being a real man these days, it’s about bringing together those traditional man skills with the softer, new man skills and values.

“If a real man wants to go for a few beers he does, if he wants to stay in and cook the dinner, well that’s fine too.”