Johnny The BaBa – in Ireland he’s a bit of a barbering legend – he hails from Limerick and people queue outside the shop to get in with him. He has a range of customers who all get on with each other in the shop but outside of it are worlds apart: judges, criminals, celebs, rugby players etc.

What makes him different?

Well he is a cut-throat barber, the shop (which will be finished by the end of the month) is high end old fashioned barber style. 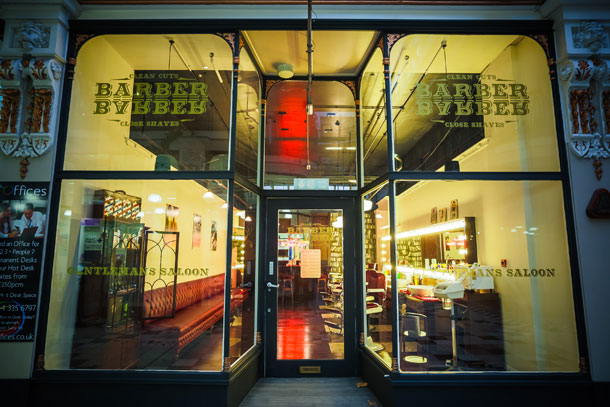 Johnny and his team are an antithesis of the traditional stuff they do as Johnny has tons of tattoos.

Don’t ever call Johnny a hairdresser – he can’t stand the comparison – he is a true barber and believe’s it’s man’s place.

There are NO WOMEN ALLOWED in the barber shop, even across the door. Johnny feels it should be a male experience where you can go and chat with freedom and without interupption from the ladies. What happens in the Baba House stays in the Baba House! 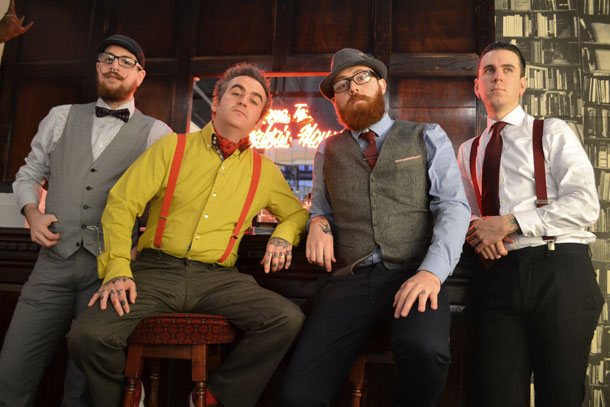 They will be serving the odd tipple or two along with the barbering and shaves and plan to have guest barmen in every few weeks.

Johnny has cut the hair of  Ami from Miami Ink and is aiming to make this shop do the same for barbering as Miami Ink has done for tattooing-make it cool!

You have got to watch this video – he is a real character:

So after receiving one of the best taper haircuts by Johnny, editor of ILoveMCR.com Chris Greenhalgh sat on the Chesterfield sofa with the man to get the low down.

So tell me a bit about Barber Barber.

“It’s basically an old school barber’s. No bells or whistles, just very good haircuts and an atmosphere that has been created by men, for men. Something that you just don’t see any more. We already have one barber shop in Ireland which has been very successful and we are looking to repeat that in Manchester.

“.a cut from a barber will always be better than any cut from any hairdresser.”

“Most salons these days are all geared up for the ladies which makes men think that they have to go to a salon to get a good hair cut. When they do it is usually done by an art director who does not necessarily know how to cut a man’s hair properly as they are not taught barbering skills. Basically a cut from a barber will always be better than any cut from any hairdresser as salons tend to see men’s appointments as chairwarmers, fill ins, until their next head of highlights is in. Barbering is a skill and it takes a long time to perfect.”

So what made you want to be a barber?

“It’s just something I always wanted to do from when I was small. I was 14 when I first started working in a barber shop. I would finish school, go to the shop and start sweeping the floor. At this time it didn’t make any difference how busy it was or how long clients were waiting as it was a fun place to be and you could soak up the atmosphere and chat. Men didn’t have to watch their P’s and Q’s or be apologetic for what they said. They could say what they wanted and just relax.

“.if you can’t get your hair cut in 70 hours. then you seriously need to look at your schedule.”

“At the end of the day we are not trying to cure cancer here, or save the world we just want to create a place where men can come and be men for an hour and provide a comfortable atmosphere for them to do that.”

So you aren’t taking any appointments, is that because you see men as more impromptu than women?

“We don’t say no to appointments but it is generally just walk ins. We are going to be open 70 hours per week at least and if you can’t get your hair cut in 70 hours without making an appointment then you seriously need to look at your schedule. If someone wanted an appointment then we would obviously serve them if it helped them out but we wouldn’t make it a regular thing.” 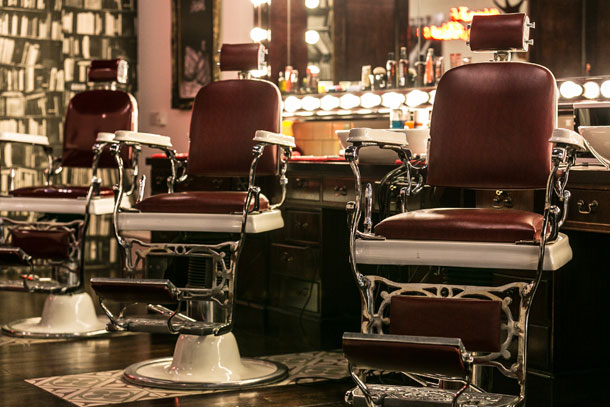 “Well Manchester’s cool isn’t it! It’s a big city, with a town attitude. Where I’m from in Limerick, it is a very small city and it’s a great place but it gets bad press and I have gone as far as I can there with my trade. Too many ‘cheap chop shops’ have opened and so men go there and get their hair done for 6 euros but they don’t get the service that you get at a barbers. Basically anyone that wanted the service we were providing were already coming to us and so we weren’t going to grow anymore. Also I feel that it is the right time to open a second shop as barbering is becoming cool again. At one point everyone wanted to be a barber, and then it was a tattooist as that was the next cool thing. It’s gone back to being cool to be a barber now!!”

“.Manchester’s cool. it’s a big city, with a town attitude.”

Are you confident that the old school concept will work?

“Well everything has a cycle, but I think this is different. It has already been done a lot in the states where it is very successful and it used to happen here so I don’t see why not.” 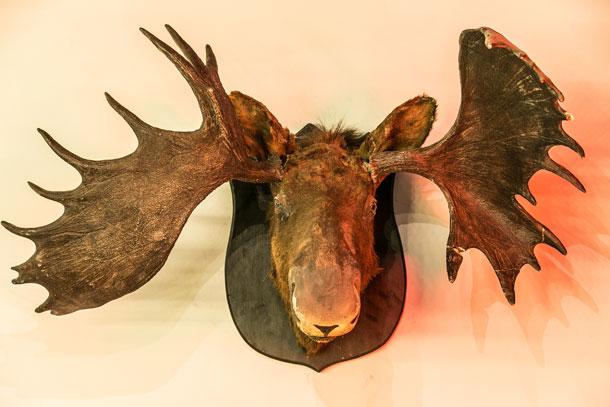 So how has the no women policy gone down? Has anyone commented that it’s sexist?

“We are not trying to offend anybody but we do want to get back to what the barber shop used to be, which essentially is a hang out spot. There are always going to be people who don’t like what we do and will tell us we can’t do it, but we can! I am sure that if a guy walked into Curves (a ladies only gym) and got told no men, they would just walk out and that would be fine so I am hoping that the same will happen with us.”

So are you offering a form of escapism for men?

“.this is not a sideshow, you will get the best haircut in Manchester!!”

“Once you are a customer you can come in any time of the day, even if you are just waiting for a meeting or want to pop in and have a coffee and read the paper. You will never get anything less than a smile. Come in for a chat, we encourage it but I still want to make it clear that this is not a sideshow, you will get the best haircut in Manchester!! I have great guys onboard, they are very passionate and they do it properly.

“If you go back to the 50’s and look through the archives you will never see a bad haircut. Why? Because barbering was a serious profession back then. It was a genuine, bonified trade that people were proud of doing and so you never saw a bad haircut.”

When I go for a haircut I like to have a whinge.

So you mentioned there is a bar in there.!?

“Yes there is a bar in there, a full bar. We don’t serve Guiness though as it does not travel well, even though I know fellas who would even drink it out of a welly.

“We will be organising some special guests on a Friday and Saturday night to come and work and make things fun. We will be looking at organising poker nights, whisky nights and a cards night. Men can come in grab a drink, have a cigar, get a shave and go home happy.”

So what is your opinion of Mancunian individuality?

“Manchester is very cool!  Manc’s don’t try as hard as other places as everyone is happy go lucky down here. The place is big enough to have the vibe of a bustling city but small enough to still retain the vibe of a town.  I go for a walk every morning and people say good morning to you which is nice and it’s that type of vibe we are trying to create in the barbers.” 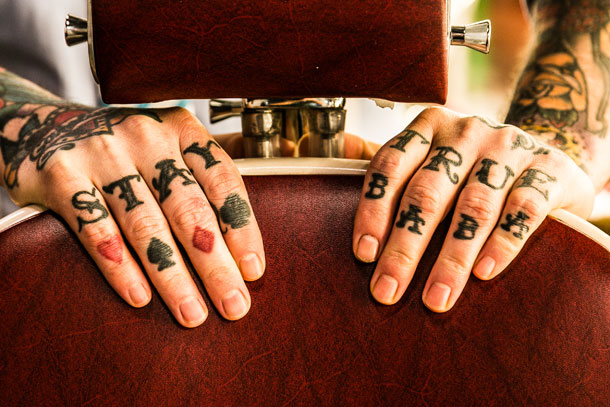 I have noticed your tagline is ‘Stay true’,  where has that come from?

“Well it’s a motto I suppose. If you do stay true, then you can’t go wrong. I am all about family and work and that’s what I like to do. I go to work and I go home. Just do what you do and don’t apologise for it.”

I think that’s a very Manc way of thinking.

“Well it is, just do what you do and don’t try to please everybody because you cant. For everyone that likes what we do there will be one that does not. At the end of the day we are not trying to offend anyone, we just want to have fun.

“So you have three other guys working for you, are they from Ireland?

“No, one London, one Manchester. They are very good guys and really into their craft. This place is going to be something special and they know what they have to do, they know what I expect of them.”

Do you ever test them?

“Yes. One is in the shop now, sat with no lights on just practising. Barbering is simplicity done perfectly. It’s simple enough but you have to get it right and once you get it right you can only get better.”

Where do you get your ink done?

“At home by a guy called Ross. I have seen some great tattoos in Manchester though, some of the guys at the salon have amazing tattoos, I will have to find out where they get them done.”

Is there any Manchester heritage music wise that you favour?

“Well when we went to school it was always either Oasis or Blur, I personally liked oasis. I don’t have to say that but I will. Manchester has always had a good music scene with bands such as the Happy  Mondays and Oasis though.”

My girlfriend is a hairdresser but she says she can find it quite flat with no creativity. The music is always really low and there is not any atmosphere. Are you going to have music?

“Yes we will have music. Old school rock and roll and bit of country. No radio though, just chat and good music.”

I noticed a big leather sofa, is that for customers to chat and chill out? Are you going to have barstools?

“Yes, it’s for customers to relax as we wanted the place to be comfortable. We will have a couple of barstools but we are not going to fill the place. We are still a barbers, not a bar.”

And so the big question, when are you actually going to open and what are the plans to make people aware?

“We will be open within 2 weeks and all we are going to do is open!! We are not having a launch party as it is not appropriate. Women go to launches, men don’t.”

Barber Barber is opening on the ground floor of Manchester’s prestigious building The Barton Arcade within the first few weeks of November.