We’ve all been there… That moment when you wake up after a night on the town and all you can think about is… FOOD. There are few finer things in life than a good morning scran. Whether it’s a traditional full English, a stack of pancakes or a carefully crafted eggs Benedict, Manchester has you covered. As it is National Breakfast week, we thought we’d share our favourite places to shake up your wake up! 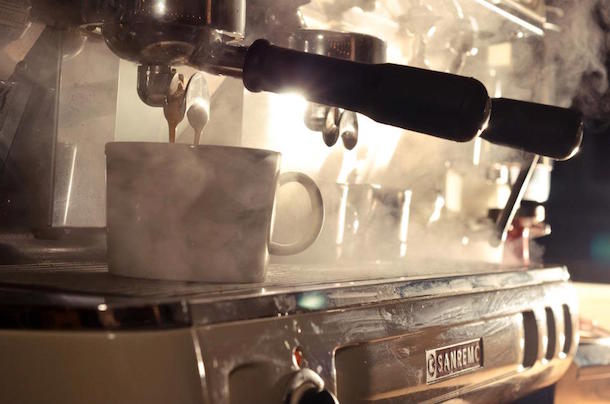 We all know Takk is THE place to grab your morning caffeine dose but have you checked out their breakfast menu?! With smoked salmon, eggs any way you want ‘em, delicious artisan bread and to die for streaky bacon, breakfast has suddenly proved to be the most important meal of the day! 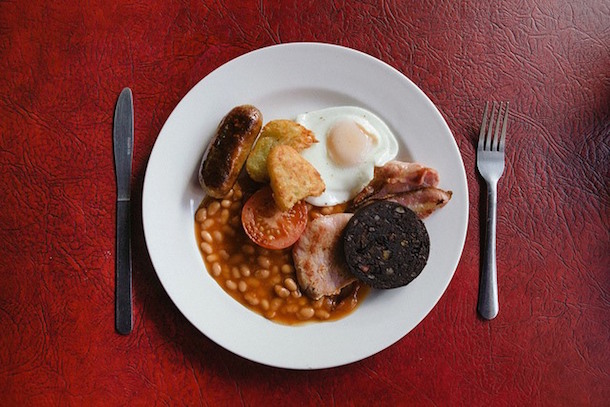 Just moved from round the corner from Hilton Street, this haven of psychedelic murals, red leather booths and sticky sauce bottles has long been a favourite among touring musicians and in-the-know Mancunians. In fact, Elbow frontman Guy Garvey is a devotee of its bacon buttes.

There are other options for the more adventurous early morning visitor, though: US-style steak and eggs served with decidedly British thick-cut chips, a Mexican-themed swirl of chorizo, peppers, chilli’s, egg and tortilla or the cracking smoked haddock rarebit.

Throw in the wallet-friendly prices (the famed bacon butty is just £2) and it’s easy to see why you’ll need sharp elbows and a keen eye to bag a table at the weekend. 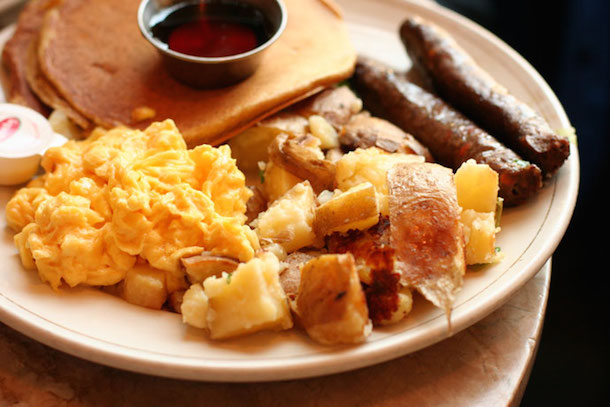 If you’re looking for a large full breakfast in the northern quarter of Manchester, head to Cafe North. Always a winner. The walls are adorned with posters of classic rock ’n’ roll icons and the kitchen serves 6 combinations of breakfast, each bigger and outrageously more substantial than the last. 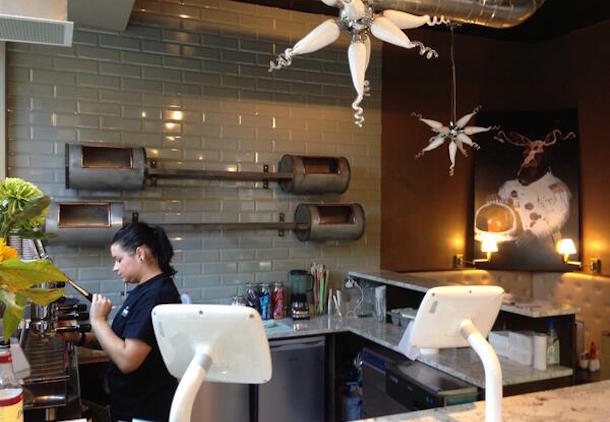 Feelin’ that North American vibe? Moose Coffee serve up a massive menu of all your favourite American and Canadian dishes. Stack of pancakes? Waffles? Huevos Rancheros? Name it and they’ve got it! 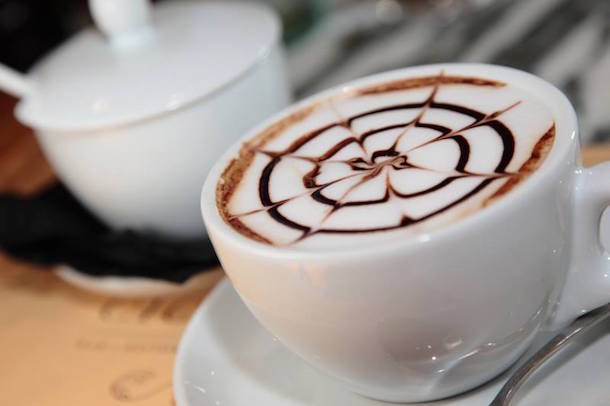 Feelin’ fancy? Most of us think of San Carlo’s little brother Ciccetti for a dinner time feast however you’re all missing out on some of the city’s best! Try The Great Ciccetti Breakfast for your choice of two fried, poached or scrambled with streaky bacon, two Lancashire farm pork and leek sausages, sauteed mushrooms with onions, hash brown, tomato and Bury black pudding served with toast and your choice of a pot of tea or coffee. Now that’s what we call breakfast! 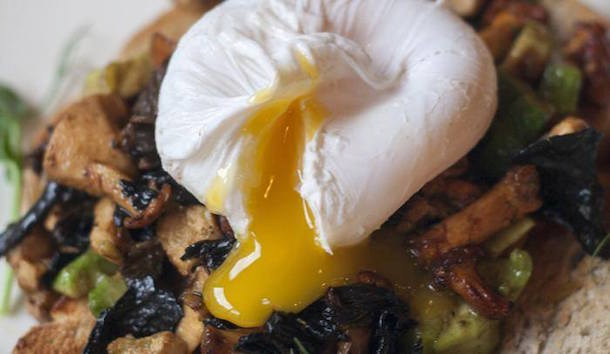 Mr. Scruff’s little caf’ on Thomas Street is no joke. An incredible menu consisting of several different benedicts, toast and spreads, porridge and more goes down nicely with a hot cup o’ tea of which they have a million of! And hey, we won’t say no to a slice of delicious cake afterwords! 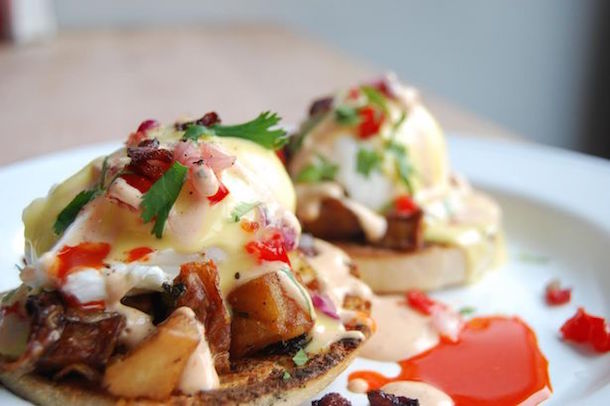 Staying in the Northern Quarter, this cafe is probably best known for the magnificent, colourful cakes on offer every day which keeps every one of their customers drooling.

But for those looking for something to start the day the breakfast menu is what you should be focussing on.

There is something for everybody, from the full English, to “Bennies” – Eggs Benedict in all sorts of ways – spicy potato hash as well as lighter bites this NQ cafe attracts every kind of breakfast lover. 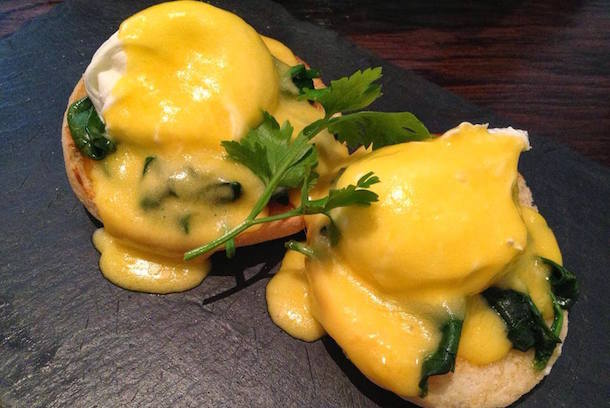 Best known for their cocktails and concoctions, their breakfast is definitely worth a look in, but it will come as no surprise to discover some suitably boozy options on the menu.

There is something for everyone with the food, full English, bacon butties, steak and hash browns or American waffles.

But for those unafraid of the hair of the dog hangover cure, or are simply starting early there are three brunch cocktails to choose from.

The classic Bloody Mary, a decadent Strawberry Bellini and their Breakfast at Tiffany’s perfect for those who like their marmalade with gin and Cointreau rather than toast. 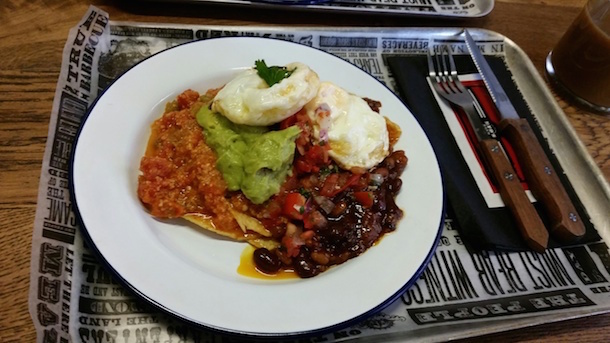 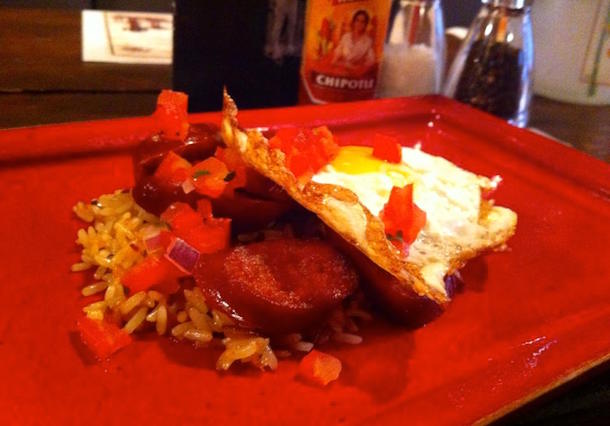 Hey Amigos! A very special Sunday Funday is what’s on offer at El Capo. Every Sunday El Capo serve up a £5 Mexican Breakfast! Carne asada and eggs, breakfast burritos & huevos rancheros are on offer. We think it’s time to spice things up! 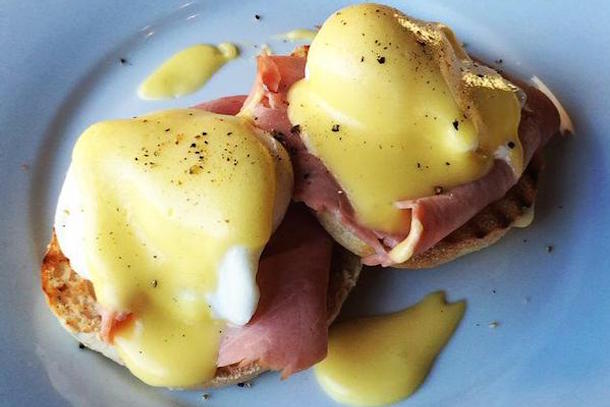 At the Castlefield end of Deansgate, Atlas bar is one of Manchester’s first independent bars to open in 1996. Refurbished and still mad for the wet trade; welcome back to a Manchester icon.

The food offering at Atlas offers concentrates on breakfast, brunch and lunch. Chef, Ross Parker, brings accolades from Harvey Nichols Second Floor. A quality service that is prepared from as early as 7:30am for early birds passing the suitably situated establishment on their way to work or gym. Try the eggs Benedict (£6). 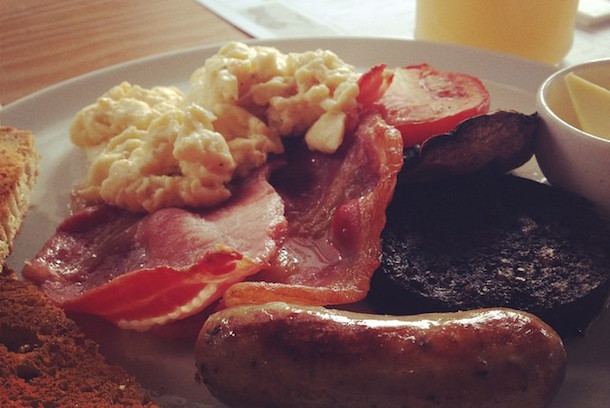 No prizes for guessing what The Laundrette used to be before it opened August 2013. Billed as ‘cocktails and carbs’, this bar/restaurant come diner in Chorlton serves up a delicious breakfast every day. All food is made fresh on site each day and especially support the local community, using only local suppliers.