Is Miracle On Edge Street Manchester’s most Christmassy watering hole? 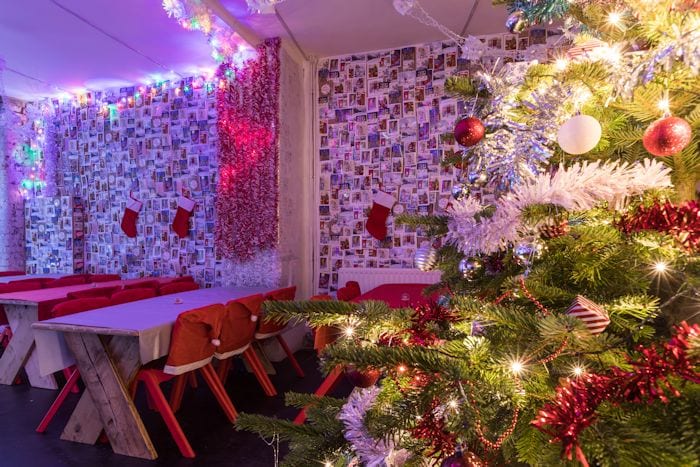 Christmas comes but once a year and, as a special gift, the team behind one of the Northern Quarter’s trendiest bars, The Pen and Pencil, have decided to give us all an extra treat for the festive season.

That’s right. For a whole month they have put their elves to work to help you get in the festive spirit with Miracle on Edge Street.

Their mission is simple. To be the most Christmassy bar in Manchester. So for just four weeks starting December 1, this merry pop-up bar is opening its doors every Wednesday to Saturday to serve up some of the best Christmas cocktails this side of the North Pole.

If  Miracle on Edge Street is the grotto and the bar staff are the elves, that must make the man behind it,  Pen and Pencil owner Dan Pollard, Santa Claus. Despite lacking in the facial hair department and with no red suit in sight, he is doing his best to bring Christmas cheer to the people of Manchester thanks to this brilliant new cocktail bar.

“Miracle On Edge Street is going to be the best Christmas pop-up ever; the plan is to take over a little space in the Northern Quarter and turn it into the ultimate Christmas den. Think tinsel, presents, baubles and drinks served in Christmassy vessels of all kinds.” And if you think he’s exaggerating about the description you’re in for a big surprise. 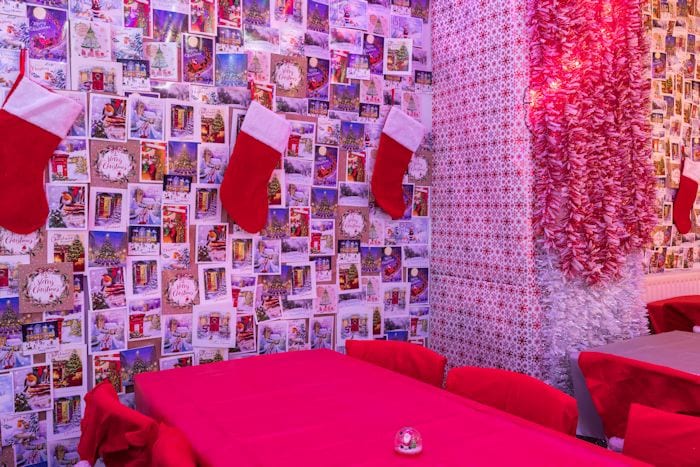 Having received my invitation in the form of a handmade Christmas card, I knew my night was only going to get better – until I made the mistake of going to the wrong place, ending up at Pen and Pencil’s HQ on Hilton Street, instead of the pop-up bar on Edge Street, despite the clue in the name.

But like Rudolph and his shiny red nose, I eventually found my way to what can only be described as the jolliest bar I’ve ever seen.  A place which makes Santa’s Grotto look like Strangeways. They have literally decked the halls with boughs  of holly – not to mention wrapping paper, Christmas cards, tinsel and fairy lights. It’s cheesy and I loved it.

If, like me, you prefer your drinks with a twist, then you won’t be disappointed by this outrageously good menu which includes North Pole Addiction with Santa Teresa Claro rum, Mozart dark chocolate liqueur and frangelico.  The bar also offers Prosec-Ho Ho Ho a blend of  prosecco and home-made mulled wine syrup, a selection of spirits and a range of Chilean craft beers on draft including Nazca IPA, Brave Red Ale, Real Golden Ale, Rebel Imperial Pilsner and Brutal IPA.

“Sometimes people are just a bit too cool when it comes to celebrating, but for me Christmas should be kitsch and more than a little bit cheesy,” says Dan. “Wear your Christmas jumpers for special treats!”

I know I’ll be wearing mine next time, that’s for sure.

Miracle on Edge Street is open Wednesday to Saturday until Friday 23rd December from 4pm ’til late (1am weekends) at 36 – 40 Edge Street, M4 1HN.  DJs will play disco every Thursday, Friday and Saturday night creating the perfect party vibe.