The novelty Christmas jumper has become as much part of the festive season as Santa Claus and turkey.

You can get them in almost any design but there hasn’t been a Christmas jumper for Manchester lovers. Until now.

Because online retailer Geekcore have teamed up with I Love MCR® to launch a very special product as part of their Christmas jumper range this year. 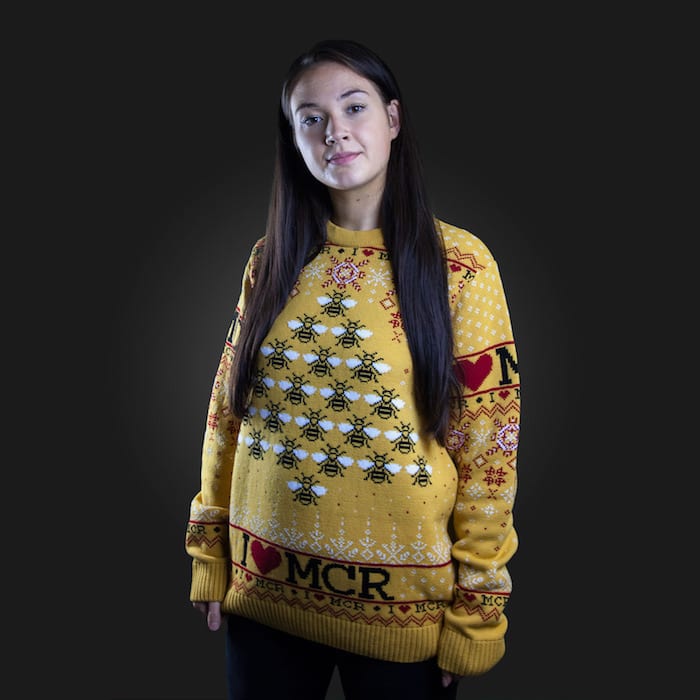 The limited edition Manchester Christmas Charity Jumper features 22 bees shaped into a Christmas tree with the I Love MCR® slogan repeated throughout.

It will raise money for the Manchester Emergency Fund, the We Love MCR charity and Barnabus, a Manchester-based homeless charity, with 100% of the profits going to these good causes.

“With GeekCore being based in Wigan and both company directors having such a personal connection to Manchester, we thought long and hard about designing a jumper that all Mancunians could wear with pride. 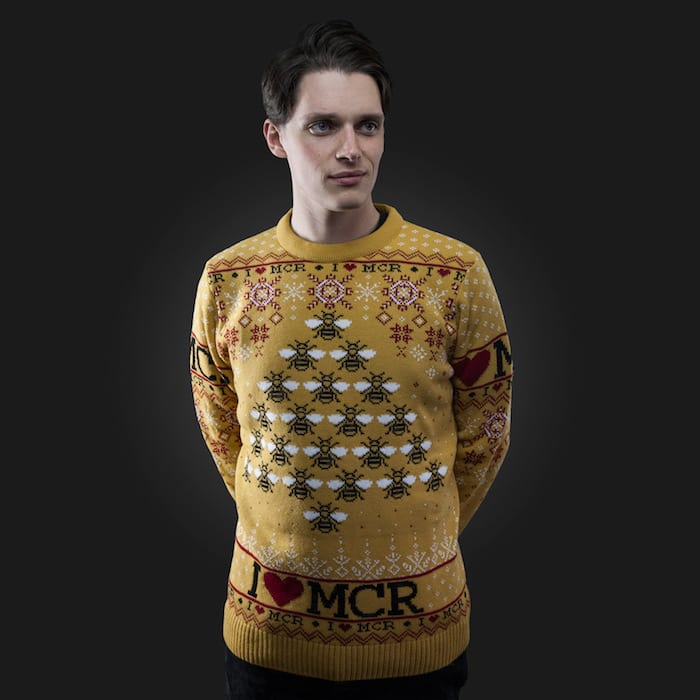 “With so many of us knowing somebody affected by the horrendous attack last year, we wanted to create a jumper that not only paid tribute to the 22 innocent victims but that also symbolised and embodied Manchester’s strength, solidarity and its people’s love for one another.

“I’m honoured to do our bit to help raise funds for the benefit of charities that work so hard to make a difference to Manchester’s most vulnerable people. I’d like to thank all of our staff, suppliers and the I Love Manchester team who all worked together to make this vision a reality and truly hope that together, we can raise plenty money for these fantastic charities. This is a jumper for Manchester”.

The jumpers are currently available to pre-order on the Geekcore website for both corporate and retail customers. They retail for £32.99, with 100% of the profits being shared amongst the three Manchester-based charities.

Demand is expected to be extremely high, so ordering early is recommended.