What should have been a fun night at the Ariana Grande concert ended up having a very different outcome. Before the show, she was a happy and outgoing girl. But after that night, she started to struggle with anxiety and guilt, becoming withdrawn and wary as a result.

Despite having a loving family around her, Bridie started hiding in her flat and suffering from insomnia as she struggled to deal with what had happened.

“After the bombings, I became scared of going out; I even dropped out of university, because I hated leaving my flat”.

After seeing a counsellor who suggested that doing something rewarding might help her overcome her anxiety, she decided to forge ahead with a new plan.

“I had dreamed of doing Camp America since I was about 12, and with my mum agreeing that a change of scenery could be good for me, I applied.”

She was accepted and placed at Skylark Ranch and Girl Scout camp in northern California. 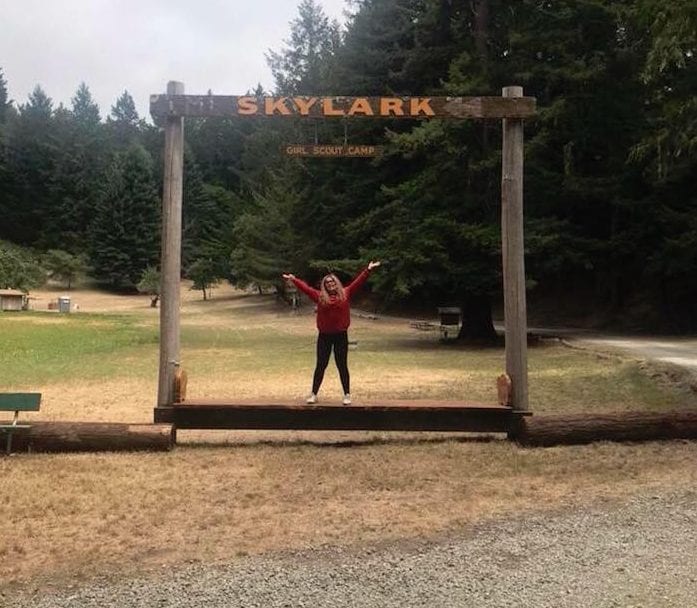 At first, Bridie wanted to come home. But after thinking about the positive impact she was having on the girls, she decided to stay.

Soon, as a result of being at camp, she started to feel better, leaving behind the anxiety she’d felt in Manchester that had forced her to quit university and stay in her flat, afraid to go outside.

“In the first few weeks of camp I just wanted to come home. Then I realised the impact I was having on the lives of these children and I was completely in my element – all my anxieties went away. I even started to sleep better.”

After some time on Skylark Ranch, she felt herself maturing and growing in confidence as she started to step out of her comfort zone.

“Camp was a whole other world. It is such an inspiring place, where we encourage and build up young girls,” she tells us. “The person I started out as at camp was completely different to the one I left as.”

Inspired by the girls she was working with, Bridie let go of her fears and inhibitions as she slowly began to realise that they believed in her and were inspired by her. Seeing that positive image of herself reflected in them made all the difference.

“I realised I could be a role model for children and that I didn’t have to live my life being scared and thinking I wasn’t good enough.

“Your inner child is completely brought out at camp, and it made me so much more confident. I had to push myself out of my comfort zone every day to be a good role model for the girls.

“The children believe in you and are inspired by you, so you’re willing to do anything.” 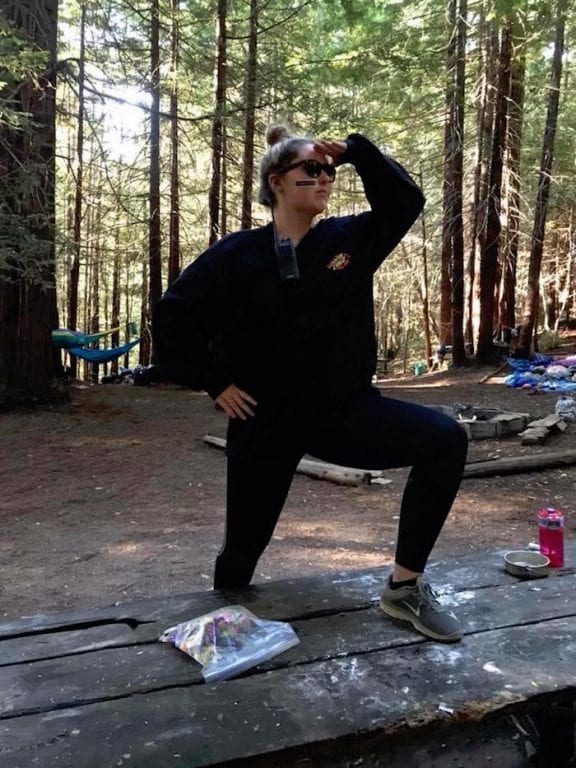 Whilst at Camp Skylark, Bridie was given responsibility for the girls, helping them to make positive changes to their lives. Not only did this give her a feeling of empowerment by being a role model for the girls, it also helped her to let go of some of her anxiety and reconnect with her own core values.

“By building up these young girls to be strong, smart, independent and confident young women, it has made me appreciate and remember who I am. I’ve learnt so much about myself, gained so many new skills and have made friends for life.”

Following camp, she went on a road trip to New York with her new friends – a popular excursion with Camp America counsellors who’ve finished their work for the summer.

This was a real test of what she’d learnt. But as she was stepping out of the safety of camp into the vast metropolis that is New York City, she only felt liberated.

“Even after camp when my new friends and I went on a road trip to New York, I rarely thought about what had happened and it was liberating not to be defined by it.

“Everything I gained at camp, I have taken home with me. I’m so much happier, I’m making so many better decisions in my life and generally such a kinder person.

“My anxiety is so much better than it was. If I’m ever down, all I have do to is remember my time at camp and how incredibly happy I was. It was one of the best decisions I ever made.”

Camp America sends thousands of young people to work at summer camps across America in a variety of roles every year.

If you are interested in applying, you can attend their recruitment fair at Old Trafford on 24th January. The event is free and gives interested young people an opportunity to meet with camp directors from America – and potentially get hired on the spot.

To start your own American adventure, click the button below.