HOME is where the art is – and the food 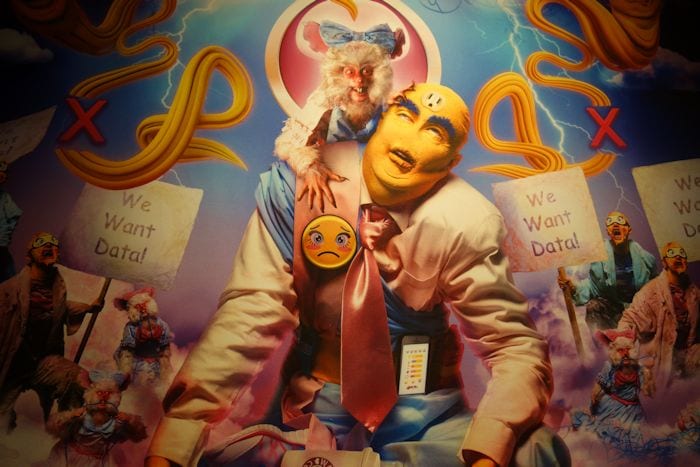 I have a confession to make. When they closed one of my very favourite old haunts, Cornerhouse, last year and replaced it with the new purpose-built HOME a few hundred yards down the road, I was a tad disappointed.

Everyone was celebrating this shiny new cultural space to house theatre, film, and contemporary art. I was secretly mourning the loss of a building where I had spent many an hour whiling away my degree years with my film studies course and Rob Martin. The romantic in me refused to acknowledge that the old cinema on the corner was falling apart.

I have met someone outside once and run into the foyer to grab a programme but it’s taken me a year to make my first proper visit to HOME – for  the preview of a new exhibition, Rachel Maclean’s Wot u 🙂 about? 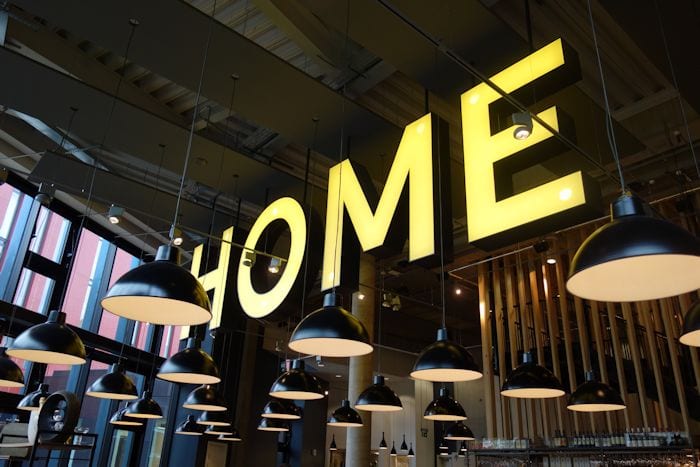 We decide to grab some lunch first. I could feel my initial fears starting to disappear as we went up to the first floor restaurant where a nice crowd were happily eating their lunch. Things get better as we are greeted by Alistair, old school manager and friend, adding familiarity into the mix. I’m really starting to like it here now.

The menu is extensive with plenty of choice and it’s good to see the amount of vegetarian options available that aren’t just an afterthought as in so many other restaurants. Feeling fishy we share Devilled Whitebait (£6.75) and Crab & Prawn Cakes (£6.75) to start. The whitebait are salty and smoky with lots of paprika on a bed of crispy seaweed. A good sharer. The fishcakes are nice enough. I can taste more crab than prawn but the tartare sauce could have been sharper.

I chose one of the veggie dishes for my main – the Wild Mushroom & Puy Lentil Shepherd’s Pie (£9.50) which was absolutely fantastic. No second best here. I would happily eat this rather than many meat dishes. Rich,hearty and intense and a good choice on a cold day for sure. 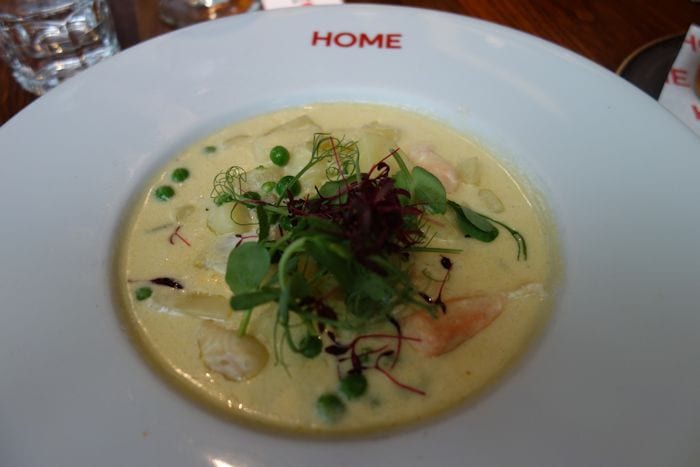 My friend ordered New England Seafood Chowder (£11.95) for her main, which was creamy yet subtle with delicate haddock and salmon. The little peas were lovely adding freshness and texture, and the accompanying cornbread was like a warm scone just out the oven.

Now for some art.  I hadn’t fully prepared for this onslaught to be honest. I knew Rachel Maclean has been chosen to represent Scotland at the 2017 Venice Biennale (a very large six month exhibition with an artist chosen to represent their own country) but I hadn’t come across any of her work before. It is described as ‘fairytale genre examining the murky boundary between childhood and adulthood.’ 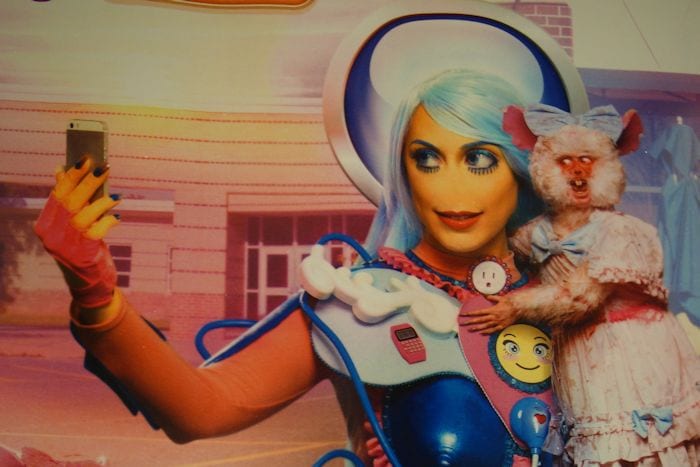 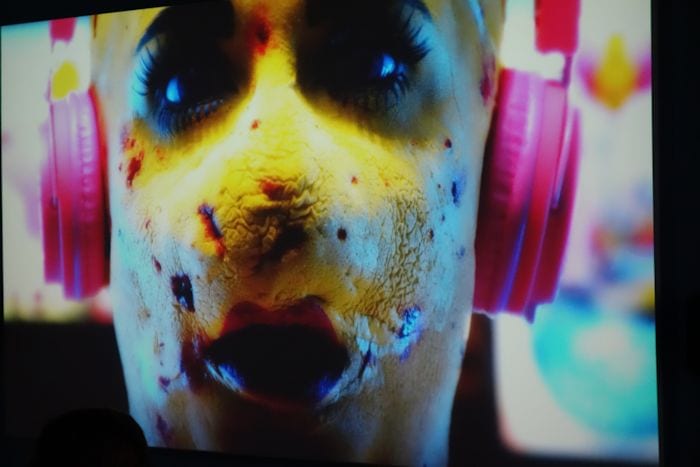 In terms of the video installation, It’s What’s Inside That Counts, think David Lynch on acid times ten. Over three simultaneously played videos, Rachel herself is fantastically made up to play all the different characters. Chants of ‘we want data’ from the digitally fed masses consume and torture their hosts. After twenty minutes it makes you feel like Alex during his reprogramming in A Clockwork Orange. Rachel’s work says a lot about the world we live in. It’s poignant and quite brilliant, if somewhat disturbing.

Finally, Espresso Martinis and a discussion about the exhibition – just like in the good old days at Cornerhouse but very much in the present. HOME is a great space. The restaurant is casual but good, too, and the exhibition is an eye-opener. What a great way to spend an afternoon. There’s no place like HOME