Knutsford Crown Court played to host to many infamous trials in its 200-year history, including the trial of Alan Turing for gross indecency in 1952.

Now the historic building has had a new lease lease of life. It’s been transformed into luxury hotel and events venue The Courthouse, with a stunning fine dining restaurant at its heart.

You can even dine inside the old Court Two, with its stunning domed glass roof and  original wood-panelled docks where the judge and jury would have faced the accused for  two centuries.

The venue has just opened its first nine luxury bedrooms, some of which have been converted from former interrogation rooms above the main court spaces. 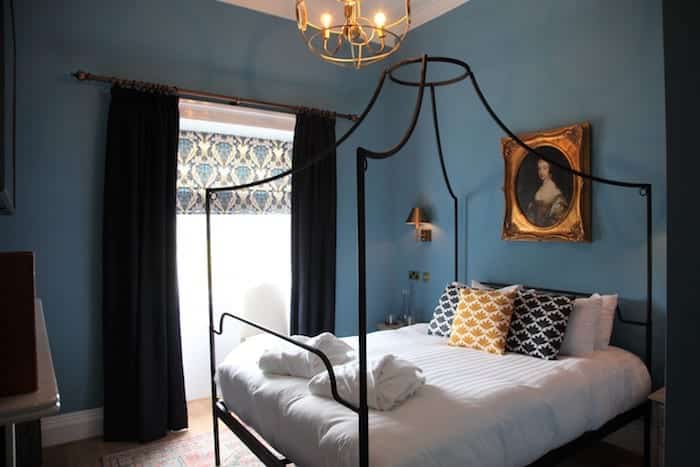 The Courthouse has been created by entrepreneur brothers Oliver and Dominic Heywood, who impressively beat off stiff competition to win the bid for the building after the Ministry of Justice decided to sell the building back in 2010.

The first phase of the development launched in 2018 after a 12 month renovation, with the bedrooms added this year.  There are also plans to add more hotel bedrooms in the years to come.

The Heywoods were keen to retain the true character of the building, with nods to its past like the The Barristers restaurant, while one of the event spaces is named the Moneypenny Suite after the building’s architect George Moneypenny.

The grisly past of the site is also commemorated with seven bowler hats hooked over the main corridor entrance that represent the hangings that took place outside of the court when the county gaol was next door between from 1886 to 1912.  The hangings were all of men convicted of murder.

Knutsford Crown Court was also famously the location for the trial of codebreaker Alan Turing for “gross indecency” over his relationship with Arnold Murray in 1952, before homosexuality was decriminalised.

The Courthouse is now one of three gastro-led heritage hotels that the Heywood brothers run in Cheshire.  Their first was the total revamp of 17th century The Old Vicarage Hotel in Holmes Chapel, and last year they took over grade II listed The Bridge in Prestbury. 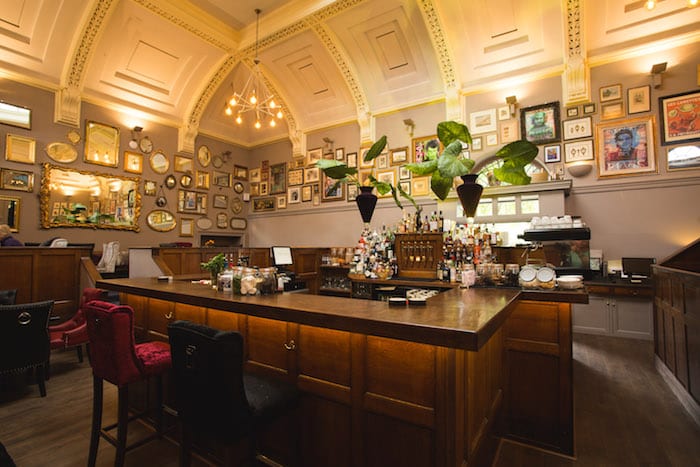 The pastry chef team from The Courthouse recently featured on Channel 4’s The Great British Bake Off – The Professionals, showcasing the skills used to create the venue’s stunning afternoon teas.