Heritage Isn’t Just About Bricks and Mortar, It’s a State of Mind, Too

Mancunian dynamism offers individuals the opportunity to fulfil their dreams... 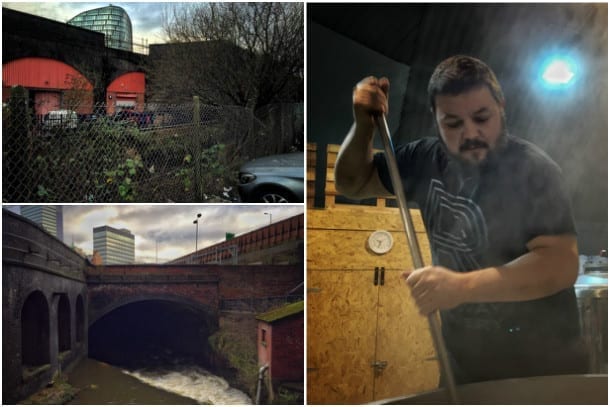 Irk Town is the old name for the area around the new CIS building, on the way up to Collyhurst.

If you’ve read The Manchester Man, the famous 19th Century novel that details the life and times of Jabez Clegg, you’ll know that the River Irk used to flood, bringing chaos to the slums and businesses stuffed into the area around its banks.

The book also brings a sense of the strong community that existed so close to the city centre, and yet already slightly separate from the wealth and culture of a city that was then the centre of the world’s industry. The immigrant workers of Irk Town produced the desired goods that created the money, but they were away from the people that felt the benefit.

I’ve got to know the area well since starting my Not Quite Light project over a year ago. Looking from the graveyard of Angel Meadow towards the new, glowing skyline of Noma was the inspiration for it. I feel it’s a pocket of old Manchester that the city fathers would do well to respect. Heritage isn’t just about bricks and mortar, it’s a state of mind too. 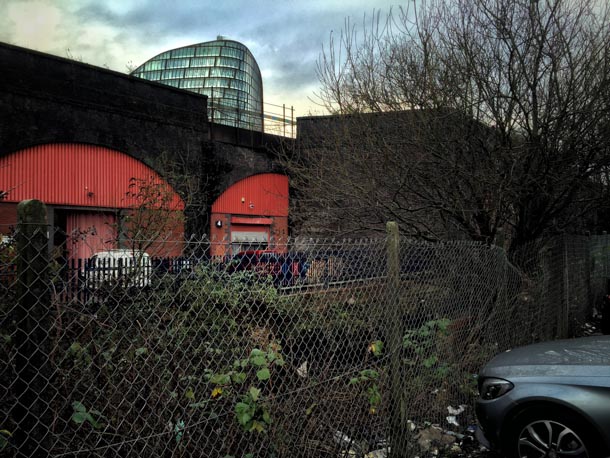 Beer is often referenced in the novel. Drinking has been part of the Manchester culture for centuries, so I decided to visit the Runaway Brewery, housed in a black pudding blue bricked railway arch on the edge of the modern day Irk. “No, we don’t draw our water from the Irk” said Mark, the owner.  “But Manchester water is the best for brewing as it’s soft. The mineral content is low so you can make any style of beer that you want. It’s a boon for brewers.”

When I arrived, Mark was peering into a vat, swamped by steam. “I’m mashing” he informed me. The deep rumble of trams and trains above merged with the hiss and boil of the process. “Railway arches make perfect places for brewing as it’s easier to control the temperature.” 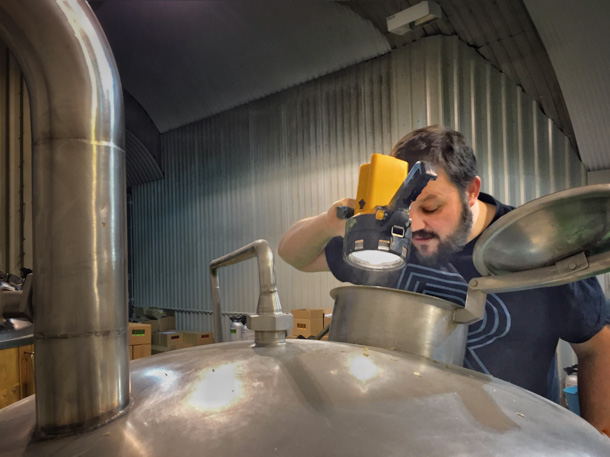 He came down his little ladder and introduced me to his assistant John, and Jeremy from Beermoth, a specialist beer shop in the Northern Quarter. None of them were originally from Manchester. Mark had come from Northampton, John near Middlesborough and Jeremy from Kansas City, Missouri. Whereas in times past there was mass immigration into the city to fill the mills, in recent years individuals have moved here in the belief that Mancunian dynamism offers them the opportunity to fulfil their dreams.

“I feel part of a community here.” Mark continued after we’d discussed this new wave of immigration. “For some reason there’s a very collaborative feel to the micro brewing industry. We work with Marble Arch and Blackjack, who are local, to challenge the big breweries. It fits well with the co-operative ethos of Manchester. People are not afraid of things being done differently.” 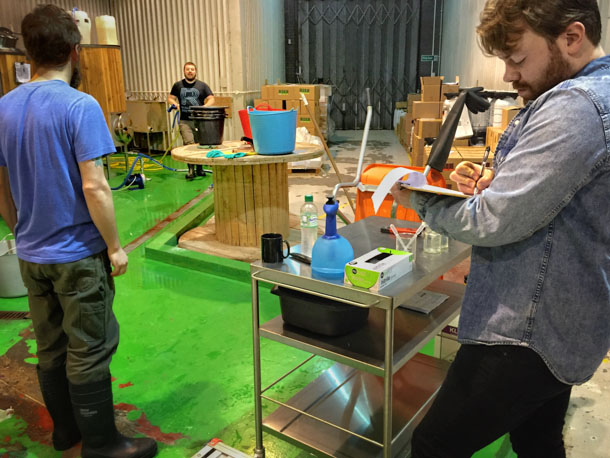 He and John began to call out numbers to each other like manic city traders, and Mark shouted “I’m a little bit nervy of over-sparging” I was reminded of the dialect used by Simon Clegg, the adopting father of the baby Jabez. On the wipe board behind me were the exotic names of malts and hops such as Vienna, Calypso and Chateau Special. I wondered if cotton manufacturers had similar names for their raw materials.

A jar of wort was handed round. Jeremy sipped from the glass. “It’s the sugary liquid that’s drawn off the mash” he explained. It reminded me of honey and hot porridge. Mark then opened up a bag of hops which everyone sniffed. Mark sneezed. “I had a French girl in here who wanted to start her own brewery, and when she breathed in the hops she had an allergic reaction. That was it, dream over.” 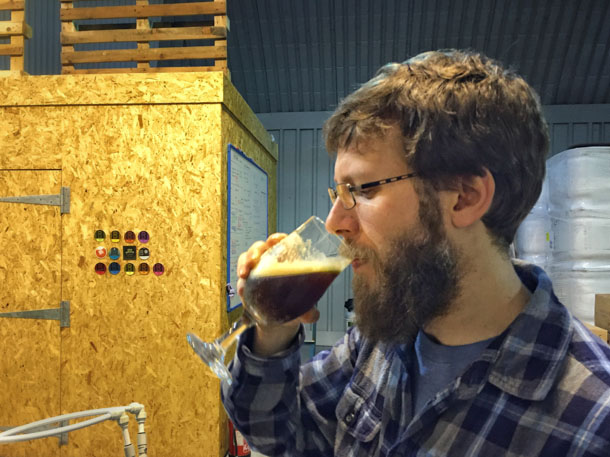 Mark put hip-hop on through some speakers, which drew several rubbish puns, and produced three glasses, which he filled with brown ale. Jeremy brought one to his nose with the delicacy of a Bordeaux wine merchant and then drank. I copied him and the scent was mouth watering. “Jeremy’s a drummer” Mark told me, for no particular reason. “And so is John. In fact, the number of drummers I know in this industry..”

“It’s because we sink pints in between songs,” Jeremy replied.

Drinking, music, immigration, entrepreneurship and the mantle of the co-operative movement, all still alive in this Irk Town railway arch. I felt happy, and that wasn’t just the beer. I was pleased at Runaway’s very Mancunian success. 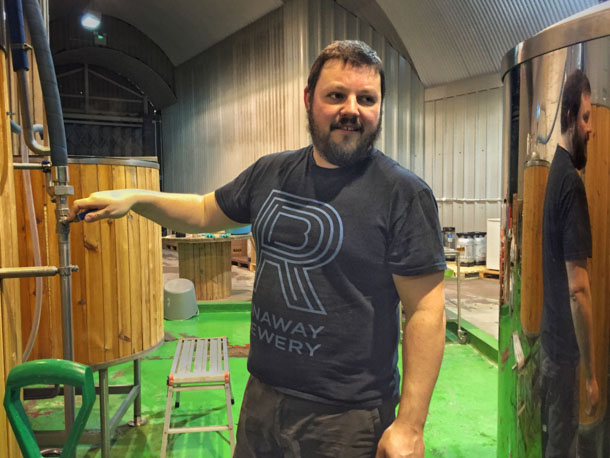 “I know we’ve made it as a brewery”. Mark is smiling. “A mate leafed through a magazine and showed me a picture of Thomas Street after a night out and our bottles were lying there. Not saying I like litter, but it proved we’re now part of this city.”