Spend Christmas in a brewery with GRUB Food Fair

Manchester’s Christmas markets are up there with the best in Europe but that’s probably because they comprise a bunch of European traders coming over to Albert Square every year.

Cynicism aside, they have their place in people’s hearts. But Manchester is evolving and there’s a growing grassroots food and drink scene that demands more than pancakes and pulled pork at inflated prices.

GRUB’s Food Fair, initially at Runaway and now at Alphabet Brewery, has become a mecca for such things. By bringing together independent street food traders under one cosy roof, they have created a thriving, weekly event that showcases the best grub from the north. 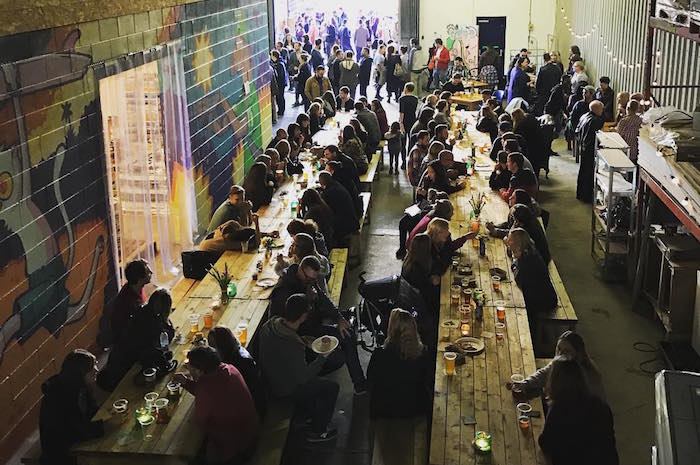 With winter closing in, you might expect them to take their foot off the gas and relax. But thing again. Director Jason Bailey wants to create an alternative to the Christmas markets that caters for veggies, vegans and offers more bang for your buck.

And as it’s Christmas, there’s even more than usual to wet your whistle.

“On top of special mulled drinks there will be limited amounts of German delicacy ‘feuerzangenbowle’, a flaming super charged version of gluhwein.  To make sure you can get a few Christmas jobs done while you’re enjoying a bite to eat there will also be a Christmas gift stall made up of work from the best of Manchester’s top designers and artists and for our first Christmas food fair Bud Garden Centre will be there so you’ll also be able to purchase a beautiful, real Christmas tree”.

While that all sounds great, you might be thinking ‘Christmas in a brewery? No chance’, but  Alphabet Brewery will also benefit from a spot of festive cheer with local artist Hammo creating an extra special spray painted Christmas tree. 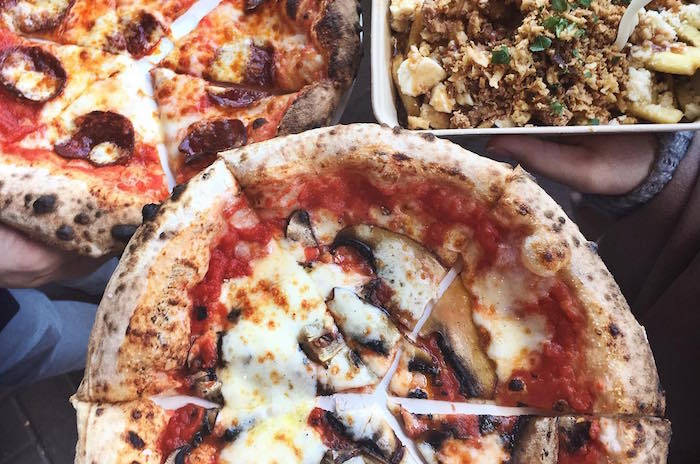 The festivities start on December 3 and will be continuing across winter with grub from the  likes of The Good Wolf, The Gravy Train, The Ottomen, Vaso Kitchen, Holy Crab, Fat Annie, Yakumama, The Hip Hop Chip Shop, Mac Daddies, Pollen Bakery, Blawd Bakehouse and many more.

All this alongside the usual amazing beers served as fresh as can be straight from the brewery, GRUB are already in talks with head brewer Tom Evans to make a stollen flavoured special edition of their hugely successful Flat White beer.

“We are so excited to be bringing a Christmas party to Alphabet Brewery,” says Jason.  “We really think we’ll be able to offer a real alternative to the Manchester Christmas markets, you can expect a much more laid back vibe for sure.”

The GRUB Food Fair Christmas specials start Saturday 3 December and run every Saturday between 12pm and 10pm apart from the Black Friday special which will take place on Friday 23 December.  The event is free and all are welcome including families. Full details of the event can be found here. Alphabet Brewery is at 99 N Western St, Manchester M12 6JL