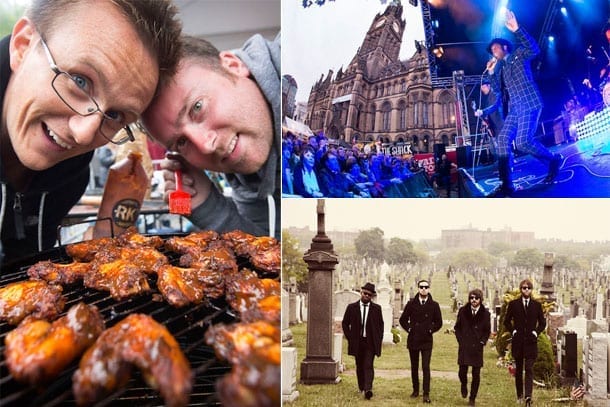 Grillstock Manchester, the summer festival that combines meast, music and mayhem, has announced its full music line up for 2015 with sounds of the Deep South planned for the third outing of this BBQ and Music Festival in Albert Square on 30th and 31st May.

Garage Punk sensations The Computers complete the main stage line up on Saturday while the bar stage will come alive with a riot of bands throughout the weekend including Leopald and his Fiction, Grillstock favourites Big Joe Bone, Hyena, John Fairhurst, Joe McAdams and breakthrough Southampton band Dolomite Minor.

“The line-up for Grillstock Manchester will set the scene for a weekend of cooking over Smokey coals. We’ve got some great talent from all over the country and it’s the biggest musical line-up we’ve ever had in Albert Square. The Friday night pit party will also be storming, with our pit crew ticket holders invited to open the festival in style, while the BBQ teams get to work over smoky coals.” 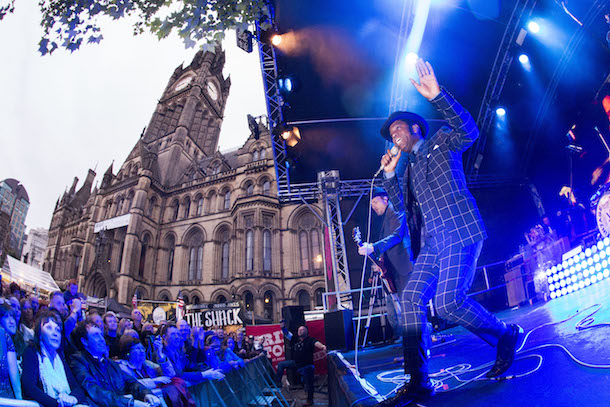 Brewdog Official Brew! The festival has also announced that its official beer partner will be Brewdog, bringing their bestselling brews to festival crowds in the Brewdog Bar.

“BrewDog and BBQ. Some things are just natural partners in crime. We’re excited to continue our great relationship with Grillstock at this year’s festivals. We’ll be rocking some delicious, hoppy brews that will perfectly complement all the finger-licking food available at the festival. For those not familiar with our beer, we hope this festival will be their craft beer baptism. Nothing will be the same again. Hops, Meat, Tunes..what more could you ask for?”

King of the Grill Line-Up

Meanwhile the BBQ line-up has been announced with 12 teams entered into the King of the Grill competition, to win £1000 cash and entry into a prestigious US BBQ competition. Teams include Braai-bery & Que-rruption, three time Grillstock Bristol competition winners Bunch of Swines, winners of the Grillstock Manchester Burger round last year Dr Evil BBQ and first timer’s Mc Slims. The Flamin’ Amateurs were new to competing in 2013 and will return for a third year, alongside one man BBQ team Hammer & Tongs, second time contender Jedi Swine Tricks and winners of the Chef’s Choice category on their first outing in 2014, Risk-it for a Brisket. The line up is completed by Riviera BBQ, Smokin’ Salop from Shrewsbury in Shropshire, Team Smokin’ Penguin who took fourth overall in 2014’s competition and The Smoking Dragons, a group of novice BBQ fans who came to Grillstock Manchester last year as fans and truly caught the bug!

This is the first announcement for the acts set to appear across the weekend. Tickets are on sale now www.grillstock.co.uk/tickets. Follow facebook.com/grillstockBBQ or @grillstock for further line up announcements and meaty goodness.