As Grafene celebrates its first birthday, the award-winning King Street restaurant is inviting 365 lucky Mancunians to raise a toast to each and every day of what’s been a truly spectacular year.

Coinciding with the launch of the new summer menu, the birthday celebrations look set to create a stir amongst Manchester food and drink enthusiasts as Grafene round off a successful first year in style.

The year in review

It’s been an eventful 12 months. Not long after opening its doors, Grafene was ranked one of the top 5 modern British restaurants in the UK by The Times, leading to a nomination for Best Newcomer at the Eat Drink & Sleep Awards last autumn.

In January, the restaurant welcomed new head chef, Stephen Moore, to the kitchen, who caused a buzz on the Manchester dining scene in April with his first signature menu. As a result of Stephen’s infectious energy and creativity, Grafene continued to climb up the city’s restaurant list, with two further nominations in the City of Manchester Business Awards 2017 this spring – one of which it went on to win.

Grafene has contributed to the vibrant King Street community, throwing its first outdoor lawn party on the Sipsmith Gin bar terrace during the King Street Festival. Gin features heavily throughout the Grafene cocktail menu, as it will in the upcoming birthday celebrations.

Lunch and free punch at Grafene 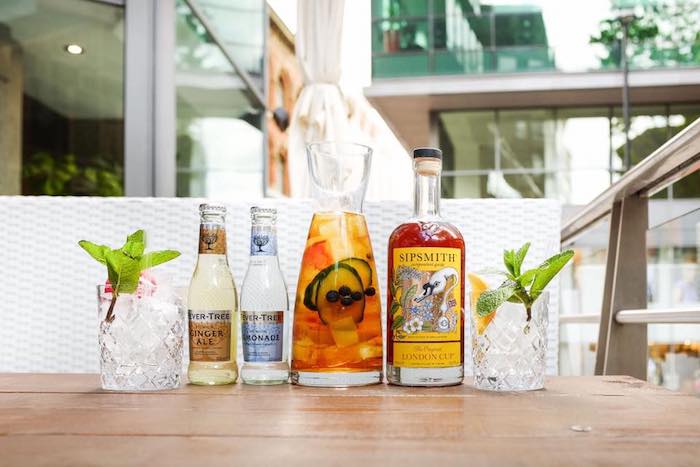 To cement its stamp on the Manchester dining scene, Grafene has just launched a new summer menu, paying tribute to the best of British cocktails and cuisine. The restaurant will be kicking off its birthday celebrations with a press lunch on Thursday 20th July, giving the city’s most established foodies a chance to review the new menu.

Following lunch, Grafene will be welcoming 365 thirsty Mancunians through its doors from 5pm, as they give away a year’s worth of Sipsmith Gin punch over the course of Thursday evening.

Partygoers will also be given the opportunity to sample a selection of canapés from the summer menu, with a DJ spinning long into the night.

And the festivities won’t end there. To continue the party, Grafene will be treating diners to a free glass of prosecco with every main course bought on Saturday 22nd, rounding off the birthday weekender in sparkling fashion on Sunday 23rd July with lawn games, Sipsmiths Gin bar, Poretti tuk tuk and Grafene’s very own horsebox bar!