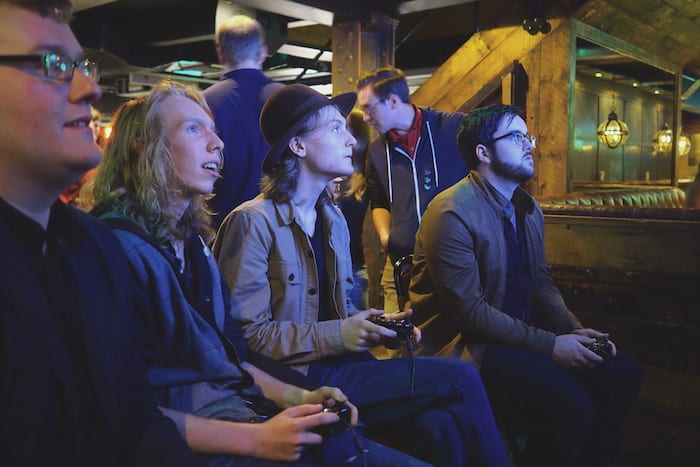 Whether you’re a gaming noob like me, or fancy yourself as a bit of a legend, Manchester Gamers Unite is relaunching – and all Mancunian gamers are welcome.

The group, which is Manchester’s leading gaming organisation, provides monthly meet-ups where you can experience the very latest games, as well as hosting tournaments and offering networking opportunities for avid gamers and developers to come together and work collaboratively to help inform the development of future games and projects.

The organisation has been running for just over two years and was spearheaded by founder Simran Whitham during his first year at university. Their first ever event had over 70 attendees. Since then they have grown significantly, and as a result they have relocated to a bigger venue. 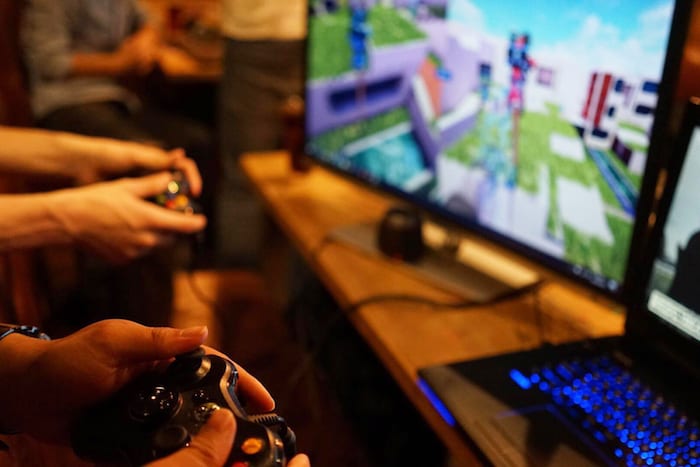 “We specialise in community driven development and we’re focused on breaking down the barriers between developers and consumers. Within the creative industry as a whole there’s a kind of distrust between creative and consumer,” says Simran.

“Creatives kind of have this bubble that they sit in and forget that the product they are making is for people. And consumers don’t feel like they’re getting told much about what’s going on in the background of developing a game – they don’t have a connection to the product that they’re using.”

To celebrate the relaunch, MGU is hosting a huge developer’s showcase with some of the industry’s leading gaming brands – offering guests exclusive gameplay of some of 2018’s biggest games, before their general release later in the year.

“We bring big creatives and big brands down into a single space and they all come together to meet and discuss games and gaming. We have over 200 attendees per event – and work with big names such as Sony, Ubisoft and Electronic Art.

“They come down and show us early development games that haven’t been released yet – some are months away from being released, and gamers get to speak directly to these gaming giants and give input. There is simply nothing else like this in Manchester.

“Ubisoft are coming to the relaunch with Assassins Creed Odyssey – they’re bringing that two months before launch, and Electronic Arts (EA) are coming with FIFA 19 the night before its release, and we’ve also got many prominent Manchester-based studios who are all working on various gaming projects.

“So, anybody who comes gets to experience early access to all of these games before they’re released to the public.” 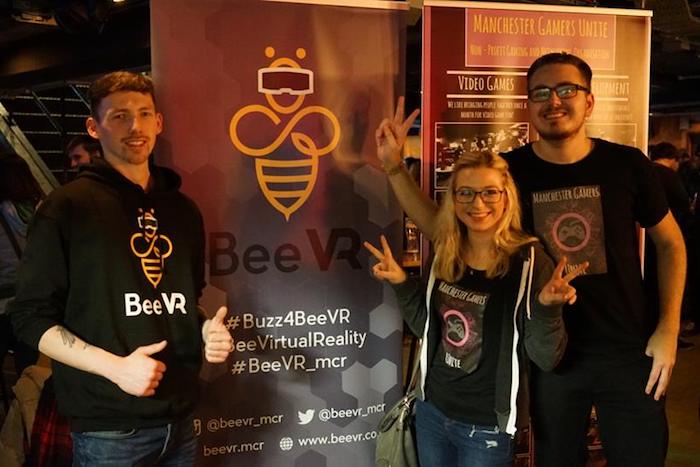 The monthly event, which is free to attend, also offers gaming fanatics the chance to experience the very latest in VR technology. Guests are invited to explore virtual reality worlds in the most immersive way imaginable by making use of the VR trackpad. This will be a first for many gamers and is expected to be a big hit at the event.

“After the launch, we’re going to have the VR trackpad as a regular feature at our monthly meet-ups. We’re always pushing to be very innovative, so we offer the chance for creatives and brands to show off their latest tech and games to a room full of avid consumers. VR is still such a new and fresh experience for people – it’s a great opportunity,” says Simran.

A great way to meet likeminded gamers, experience the latest early development games and help influence the development of future gaming, MGU currently hosts monthly events that are open for anybody to attend and are completely free of charge.

“We offer brands of all sizes the chance to come down and showcase what they are doing and really show us who they are – no matter what that might be,” says Simran.

“We’re the biggest creative hub in Manchester for gaming and we now have the facilities to allow any tech industry the chance to come down and show their products off.”

The relaunch is taking place on 27th September at Lazy Lizard in the Printworks. Guests who present an Eventbrite ticket will gain fast track access to the VR trackpad.