Five out of the ordinary places to eat in Manchester

So when Menagerie opens at One New Bailey in June, it willmake it straight to number one in the list of Manchester’s most unusual dining experiences – mainly because there aren’t that many, particularly since the Lazy Susan dining club decided to take a break.

If you can’t wait till June and you’re looking for something a little out of the ordinary, why not try one of these in the meantime?

Love food? Love films? Combine the two at the Gaucho Film Club where whatever is served on screen will be served to your table. The next screening is Sunday 8th May 12.00-2.30pm when they will be screening Chef, a film about a Los Angeles chef who gives up a prestigious restaurant gig to run a food truck. £55.00 per person + 12.5% service charge includes all food and accompanying beverages.

Murder on the menu 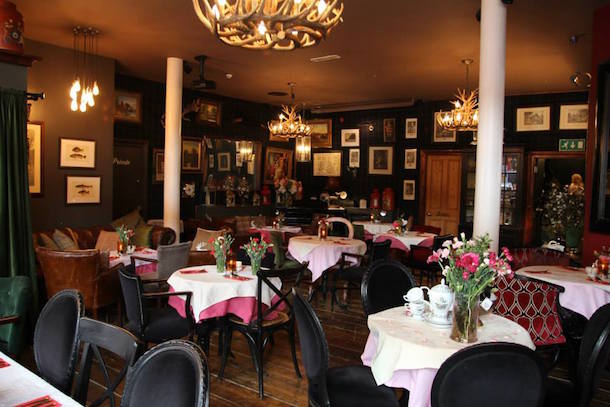 Enjoy an indulgent afternoon tea buffet whilst being transported to a world of cabaret, can-can and courtesans for a murder mystery set in decadent 19th century Paris. There are no actors-you take part. Murder at the Moulin Rouge, 30th June 2016, 7.30pm, Richmond Tea Rooms. Tickets £35 each.

Eat in the clouds 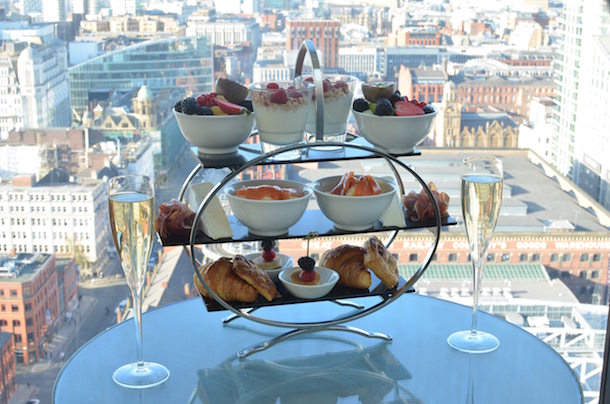 Get your head in the clouds at the Hilton Manchester Deansgate’s chic sky bar Cloud 23. Great for afternoon tea and cocktails plus you can now enjoy a champagne breakfast 250 feet in the air. Not justfine food, bubbles,and sophisticated surroundings, but spectacular views of the city and beyond. Champagne breakfast available on Saturdays and Sundays until the end of July.£35 per person.

If you thought prison food is rubbish think again. The Clink at HMP Styal is a high end restaurant run by a charity to give inmates practical skills and training to help them find work in the hospitality trade. Not strictly Manchester but well within travelling distance especially if you live in south Manchester. They definitely don’t serve prison food here because it’s ranked the number one restaurant in Wilmslow on Trip Advisor, with one reviewer calling it “The best kept secret in Cheshire.” Not any more it’s not. 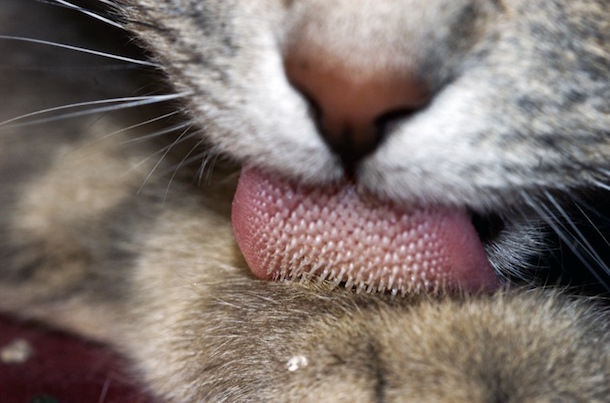 It’s the most eagerly awaited opening for ages – by cat lovers at least – and it’s set to open in the Northern Quarter in June. We’ve no idea what’s on the menu but if it’s like other cat cafes in the UK, no alcohol or hot food will be served and you’ll be charged for the amount of time you spend in the venue, with all food and drink – with the exception of premium drinks – included in the price. Probably more about the cats than the food.