This fantastic festive film by Flipbook and Manchester City Council has reached over 1 million views.

That’s why the city’s chiefs have created a special seasonal card with the iconic image, with the message ‘Merry Christmas. Wishing you peace and health’.

They will be available from Friday 1 December and 25% profit from the cards will be donated to the city’s ongoing pledge to fight homelessness through its Big Change* campaign.

Cards featuring two different designs will be sold in packs of 6 for £6.00 at the shop in Manchester Central Library.

The design of the cards also reflects elements of the city’s wider Christmas campaign, which includes a short animation for social media that was made in collaboration with Manchester animation studio, Flipbook. 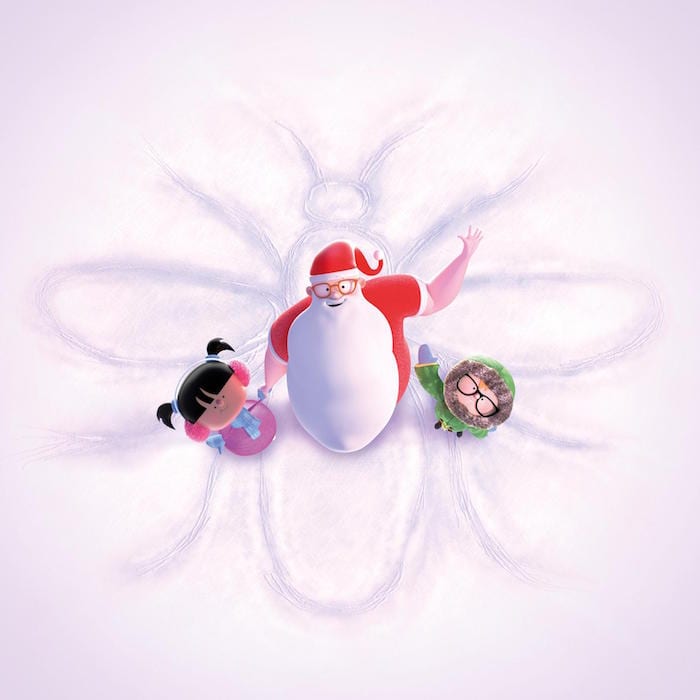 The film shows Santa gingerly taking to the ice at the city centre rink surrounded by Manchester landmarks. Sadly for Manchester Santa he’s not as sure-footed as his reindeer – and he’s definitely not a Dancer, or a Dasher….. but perhaps more of a Prancer as he spins, spills and slips on the ice.

However, the magic of Christmas is restored as two youngsters get their skates on, to take Santa’s hand and save his festive face.

Big Change collections are also happening for the first time at the Christmas Markets. The Big Change fund supports individuals who are homeless by paying for items they need from a deposit for a home to clothes for a job interview, furnishing for a new flat, or travel costs.The Big Change is a central fund for more than 20 charities supported by Manchester City Council and CityCo which has helped hundreds of people move their lives forwards and begin to build a life away from the streets.

The Big Change fund supports individuals who are homeless by paying for items they need from a deposit for a home to clothes for a job interview, furnishing for a new flat, or travel costs.

To find out more about The Big Change campaign visit www.bigchangemcr.co.uk

The best Christmas meal kits to try in Manchester and beyond

A day of gigs, DJ sets and inspiration from the hills on United We Stream to brighten up a dark December weekend