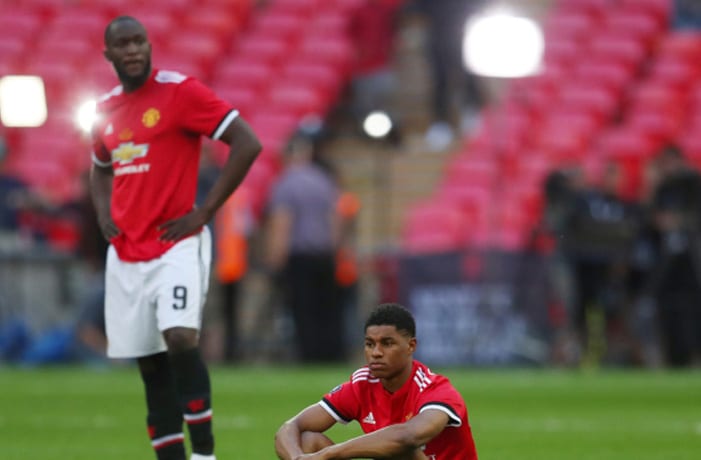 Well, that was awful.

Saturday’s FA Cup final defeat brought a very disappointing season to a close. Put simply, we haven’t been good enough when it’s really mattered. Mourinho has always been a cup man, and his first season at Old Trafford suggested we were going to excel in cup competitions.

To be honest, this season it’s where we’ve really been found wanting – at Wembley against Chelsea, in the League Cup at Bristol City, and over two legs in the Champions League against Sevilla.

A win on Saturday would, of course, have been a great way to finish the season. But it would have only papered over the cracks. What actually happened, were those cracks were laid bare for all to see.

All the worst parts of our tactics, our manager, our players and our season were on show. We were stodgy in possession, content for the sideways pass, all over the place at the back in the first half, and without a clue in attack.

For a team packed with international players and bright young talents, this was a woeful performance. And it truly highlighted everything that’s been wrong with our season. And is currently wrong with our club.

What is our identity? How does this post-Fergie United play football? These are difficult questions to answer for many United fans.

The latter is boring, uninspiring and too often clueless. The former is of a mediocre side that thinks throwing around money in the transfer window will solve all problems.

Nemanja Matic is already calling for new signings in the wake of Saturday’s defeat. The Serbian former Chelsea midfielder said: “We need some players with experience to bring more qualities to the team. After that we can fight for the title and the Champions League also.”

The thing is, it’s not as if we’re breaking the bank to sign young players. When we splashed the cash to bring Pogba back we bought a France international who’d just won four Serie A titles on the bounce.

Romelu Lukaku is an experienced Premier League player and his country’s all-time top scorer. Alexis Sanchez has played in Serie A, turned out for Barcelona, and has over 100 caps for Chile.

None of these three players (granted Lukaku was only fit for the bench) were able to do anything to break down a well-drilled Chelsea side. Sanchez in particular was woeful and completely anonymous.

United definitely do need some fresh blood this summer. But they need to be the right players for the position, squad and identity. Experienced or not. But whether Mourinho can truly get the best out of them is the biggest question that needs to be answered over the summer.

Marcus Rashford looks so drained in confidence, he’s gone backwards. After his match-winning performance against Liverpool, there was an opportunity for player and manager to build on that and get him back to his best. Instead there’s just been a loss of form from Rashford and sniping from Mourinho – culminating in his comments after the loss at Brighton.

Anthony Martial looks set to leave with talk of him being replaced by Justin Kluivert from Ajax. The 19-year-old son of Patrick is an exciting talent, but it’s doubtful whether he’ll be a better option than Martial. It’s also questionable if Mourinho can get the best out of him. If he can’t, then what’s the point in the signing?

It’s never fun losing in a Cup Final. Going all the way to Wembley and coming back empty handed. But hopefully this can be cathartic. We can’t ignore the cracks any longer. Drastic action needs to be taken this summer. If it isn’t, we’ll only fall further behind.